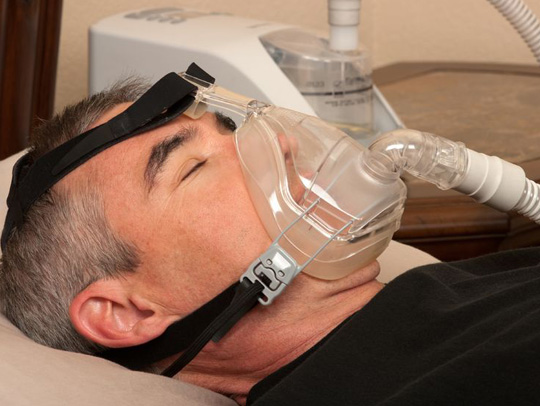 At the Annual Meeting of the American Urological Association, researchers presented the results of two studies that link sleep apnea to male erection issues and other urologic conditions. Moderated by Dr. Kevin McVary, this event took place at the Walter E. Washington Convention Center. The information was presented to reporters during an exclusive press conference.

The researchers utilized the Berlin Questionnaire, which is a survey commonly used to identify patients with OSA. People who score positive at this test are at a higher risk for OSA. The researchers identified men with male erection issues using the International Index of Erectile Function, or IIEF. Men with a score of less than 22 suffer from erectile dysfunction. The results were adjusted for age, body mass index, and medical concerns such as cardiovascular conditions, high blood pressure, smoking, and diabetes.

The average age of the men in the study was 47.3 years. The average body mass index was 30.2. Approximately 63 percent of the study participants tested positive for OSA. More than 5 percent had diabetes. 29 percent of the study population smoked. After adjusting for age and other factors, the results showed that men with male erection issues were two times more likely to have OSA when compared to other men in the study. Men with severe male erection issues were even more likely to have OSA. The study suggests that men with erectile dysfunction should also be tested for sleep quality problems such as OSA.

This study examined 4,145 people, both men and women. The study participants went through the baseline and follow-up sessions of the Boston Area Community Health survey. The researchers studied the same population for 5 years. They looked at sleep quality and urologic symptoms. For men, the short sleep duration was defined as sleeping less than 5 hours per night. Men with low sleep quality reported restless sleep in the past 7 days. Lower urinary tract disorders were evaluated with the AUA Symptom Index. People with bladder incontinence had weekly issues. People with frequent urination problems made trips to the bathroom more than 2 times per night.

Approximately 8 percent of men and 13 percent of women with short sleep duration and low sleep quality developed lower urinary tract disorders. Bladder incontinence and frequent trips to the bathroom at night were also associated with low sleep quality among women. The same effect was not seen in men.

Dr. McVary believes that these studies show that sleep quality and duration can affect male erection issues and other urologic conditions. The researchers hope that the results will help doctors provide better health assessments and improve patient quality of life.