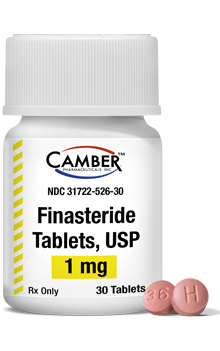 Finasteride is a medication available only with a doctors prescription that stops the hair loss associated with male pattern baldness. Even though it is not a condition that threatens a persons life, hair loss can be emotionally upsetting and make a person feel less confident. If a man decides to treat his hair loss with Finasteride, he will stop experiencing hair loss within a year of beginning treatment, and most men will experience some new hair growth. Finasteride inhibits the production of DHT, the hormone that causes hair loss.

How does Finasteride by Camber work?

Male pattern baldness can be traced back to a sensitivity to the androgen DHT as the conditions root cause. Finasteride works by inhibiting the enzyme that is responsible for the conversion of testosterone into DHT. The enzyme either slows down the rate at which hair loss occurs or prevents it from happening in the first place. Finasteride should be taken daily for the best results because if you stop taking the medication, your DHT levels will rise, which will cause your hair loss to resume.

Why should you go with Camber Finasteride 1mg?

Finasteride has been proven to be an effective treatment for male pattern baldness through clinical trials. According to the findings, treatment with Finasteride successfully reverses hair loss in 67 percent of men while also reversing hair loss in 90 percent of men. Because it comes in the form of an oral pill that is only required once daily, Finasteride is a simple medication to administer because it eliminates the need to apply messy creams.

The following are the instructions for taking Camber Finasteride:

Finasteride is available in the form of a discrete pill that is taken once daily and is only a few milligrams in size. You can administer Finasteride whenever you want throughout the day, irrespective of whether or not you are eating.

It may take as long as a year for men to see noticeable results, although some men report improvements in as little as three months. Because of this, most medical professionals advise their patients to keep taking Finasteride for at least a year before analyzing the data. It would be best if you continued to take Finasteride even after your hair has started growing back in otherwise, it will begin doing so again.

The number of treatment options available to men who suffer from male pattern hair loss is relatively limited. Treatment for male hair loss, the most common type of hair loss problem, Finasteride is the brand name of the drug finasteride, which is available only with a doctors prescription.

When the levels of DHT in some mens scalps rise, the hair follicles in their scalps respond by contracting and producing thinner hair, eventually leading to a complete cessation of hair production. Seventy percent of men will be affected by it at some point.

Camber Finasteride 1mg is effective because it stops male pattern hair loss by preventing the conversion of testosterone into DHT, the hormone responsible for thinning hair. Ninety percent of men who take Finasteride for five years either grow new hair or do not lose any more hair, whereas seventy-five percent of men who take a placebo continue to lose hair during this time. The following table compares the effectiveness of five years of treatment with Finasteride with five years of treatment with a placebo.

Around ninety percent of the hairs on your head are typically in the active growth stage, with the remaining hairs either in the transition or the resting stage. If it continues like this, youll lose about 100 hairs daily.

The sudden transition of up to thirty percent of a persons hairs from the active growth phase into the telogen, or resting, phase can be brought on by exposure to extreme amounts of stress or shock. The condition is known as telogen effluvium, or TE, which causes hair to fall out three times faster than expected due to stress

Is There a Link Between Hair Loss and Erectile Dysfunction?

Erectile dysfunction and hair loss are affected by dihydrotestosterone, also known as DHT. It is a potent androgen responsible for the loss of hair and the support of sexual function. Erectile dysfunction may be one of the side effects of hair loss treatments that work by lowering the amount of DHT produced by the body.

DHT is one of the most potent androgens linked to hair loss and erectile dysfunction.

For a hair-loss sufferer, DHT is a bad guy. It is an undesirable entity that is the root of many problems plaguing the scalp.

But for a man struggling with declining sexual performance, DHT is a potential savior. Its lack, rather than its presence, is the problem.

DHT is a Target for Hair Loss Treatments

Doctors looking to cure baldness discovered that DHT might be the main culprit in hair loss. The follicles of hair loss sufferers are more sensitive to this hormone. It binds to follicular receptors, signaling to stop producing hair.

Theoretically, they can. Whether they will, however, is a different question.

According to data from 2017, young men taking Finasteride or dutasteride for hair loss assume a greater risk of developing persistent erectile dysfunction than those who dont take 5-alpha reductase inhibitors.

The same study established that the longer you take Finasteride, the more likely you are to develop erectile dysfunction.

Recovering from COVID-19 and the disruption it causes to normal life can trigger stress-induced hair loss and any direct aftereffects the illness may have caused.

That can be a little disconcerting, as you may suddenly notice a large amount of hair accumulating on your pillow, in the shower drain, or on your hairbrush. Your scalp hair may also feel or look thinner. An excellent way to tell if you have TE (versus another cause) is to tug gently on a few hairs on your scalp. If four or more come out, its likely TE.

The treatment for TE does not act on all of your hairs simultaneously, so there is no danger that you will suddenly lose all of your hair. However, if you notice large clumps of hair falling out or new bald spots, you should make a consultation with your doctor quickly so that they can determine the cause.

USES: This medication is used to treat male pattern baldness (androgenetic alopecia) at the crown and in the middle of the scalp. It should be used by adult men only. This medication works by decreasing the amount of a natural body hormone (DHT). Decreasing the amount of DHT leads to increased hair regrowth and slower hair loss. Hair growth on other parts of the body is not affected by finasteride. Women and children should not use this medication. Finasteride is not approved for prevention of prostate cancer. It may slightly increase the risk of developing a very serious form of prostate cancer. Talk to your doctor about the benefits and risks.

HOW TO USE: Read the Patient Information Leaflet if available from your pharmacist before you start taking finasteride and each time you get a refill. If you have any questions, ask your doctor or pharmacist. Take this medication by mouth with or without food as directed by your doctor, usually once a day. If the tablet is crushed or broken, it should not be handled by a woman who is pregnant or by a woman who may become pregnant (see also Precautions section). Use this medication regularly to get the most benefit from it. Remember to use it at the same time each day. It may take up to 3 months to notice a benefit. You must continue to take this medication to maintain your hair growth. When you stop taking finasteride, any gain in hair quantity is generally lost within 12 months. Tell your doctor if your condition does not improve or if it gets worse.

PRECAUTIONS: Before taking finasteride, tell your doctor or pharmacist if you are allergic to it; or if you have any other allergies. This product may contain inactive ingredients, which can cause allergic reactions or other problems. Talk to your pharmacist for more details. Before using this medication, tell your doctor or pharmacist your medical history, especially of: liver disease, prostate cancer, infections, urinary problems. Before having surgery, tell your doctor or dentist about all the products you use (including prescription drugs, nonprescription drugs, and herbal products). The drug can be absorbed through the skin. If the film coating of the tablet has been broken or the tablet crushed, it should not be handled by a woman who is pregnant or planning to become pregnant. Exposing a developing male infant to finasteride can result in abnormalities of the genitals. This medication should not be used in women, especially during pregnancy or breast-feeding. It may harm an unborn or breast-feeding baby. Consult your doctor if you have any questions about this medication.

DRUG INTERACTIONS: Drug interactions may change how your medications work or increase your risk for serious side effects. This document does not contain all possible drug interactions. Keep a list of all the products you use (including prescription/nonprescription drugs and herbal products) and share it with your doctor and pharmacist. Do not start, stop, or change the dosage of any medicines without your doctor's approval. This medication can affect the results of the blood test used to detect prostate cancer (prostatic-specific antigen or PSA levels). If you have a PSA test done, make sure laboratory personnel and your doctors know you use this drug.

MISSED DOSE: If you miss a dose, take it as soon as you remember. If it is near the time of the next dose, skip the missed dose. Take your next dose at the regular time. Do not double the dose to catch up.

STORAGE: Store at room temperature away from light and moisture. Do not store in the bathroom. Keep all medications away from children and pets. Do not flush medications down the toilet or pour them into a drain unless instructed to do so. Properly discard this product when it is expired or no longer needed. Consult your pharmacist or local waste disposal company. safely discard your product. 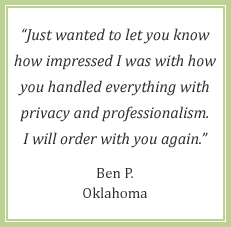 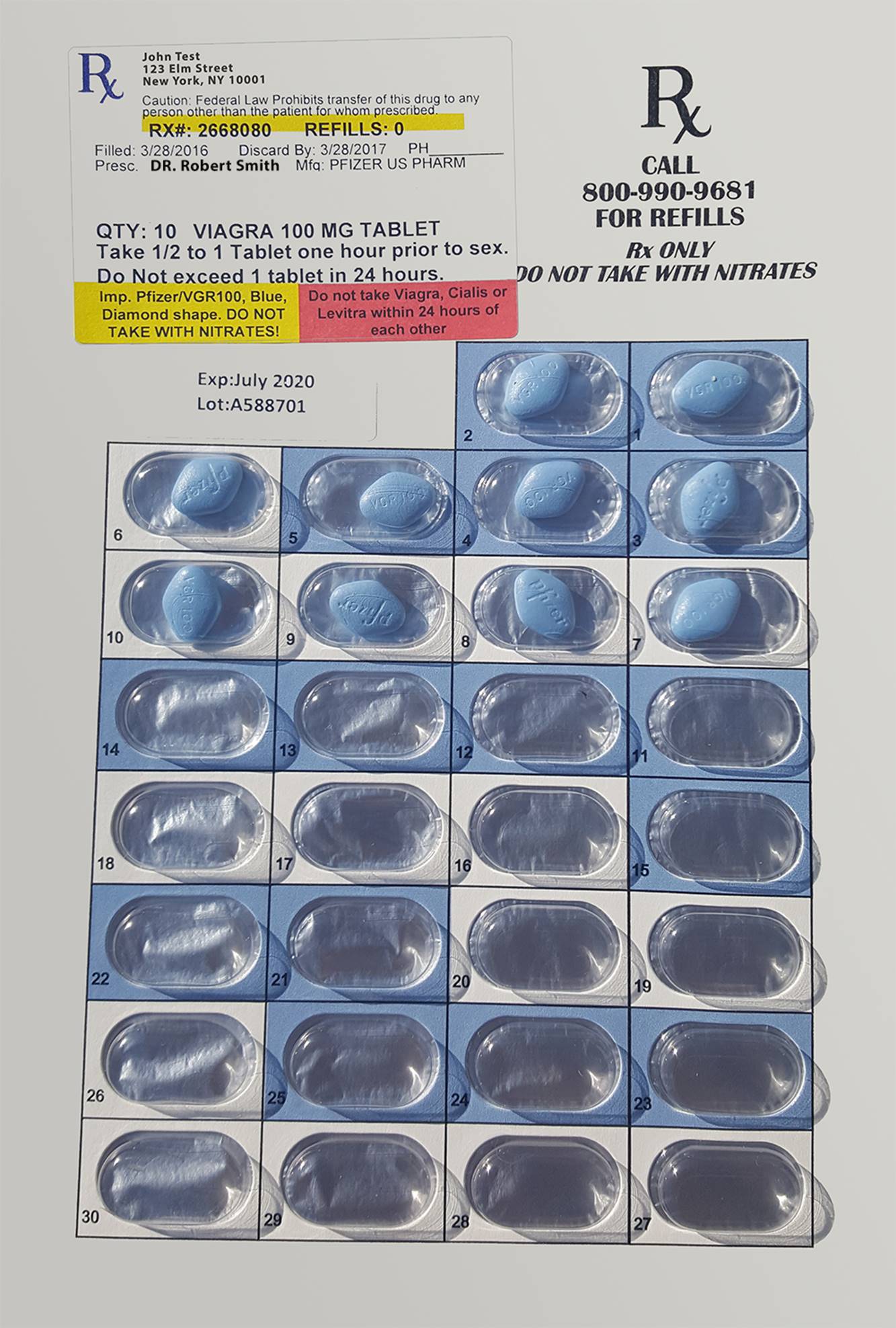 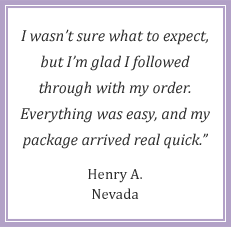