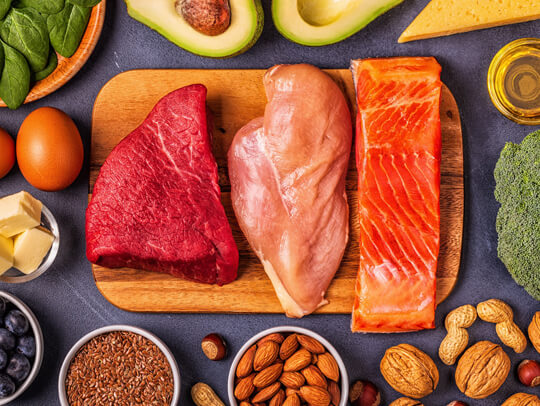 The foods you eat might affect your ability to get an erection. Research presented at the EuroEcho-Imaging conference showed that the Mediterranean diet could help improve cardiovascular function in people with erectile dysfunction.

EuroEcho-Imaging is a scientific congress that meets annually. It represents professionals with interest in all types of cardiovascular imaging. Dr. Athanasios Angelis was the lead researcher on the study.

He said that erectile dysfunction often indicates the presence of cardiovascular problems. People with erection health issues may be at increased risk for stroke and heart attack.

The Mediterranean diet shows a lower incidence of cardiovascular events. That's why the researchers believed it could help patients with erection problems.

To investigate this hypothesis, they conducted a study that included 75 men with erectile dysfunction.

All of the study participants worked at the Hippokration Hospital in Greece. The average age for the men was approximately 56 years.

Researchers measured participants' Mediterranean diet with the Med-Diet Score, which ranked the participants as high, intermediate, or low.

The researchers monitored cardiovascular function by measuring atheromatous and arteriosclerosis levels. Atheromatous is the accumulation of plaque on the inner lining of the blood vessel.

This study determined the thickness of the common carotid artery. Arteriosclerosis occurs when the arteries stiffen and lose elasticity.

The effects of the MedDiet on erectile function could be attributed to improved lipid and glucose metabolism, increased antioxidant defenses, and increased arginine levels, which could promote nitric oxide activity and hence improve erectile performance.

Nitric oxide (NO) is produced endogenously from arginine by nitric oxide synthase (NOS) and alternatively from nitrate by xanthine oxidase (XOX). NO is a significant opposing modulator of vasoconstriction and is involved in the balance of vasodilation and vasoconstriction in the endothelium. Reduced NO in vascular ED is caused by decreased NOS activity or NO inactivation.

Overall, the researchers found that people who followed an unhealthy diet had more cardiovascular damage than those who closely followed the Mediterranean diet.

This research may explain why erectile dysfunction patients are more likely to experience a severe cardiovascular event.

The reports suggest that the Mediterranean diet could lower the risk of heart attack and stroke in people with erectile dysfunction.

However, this issue needs further examination in a more extensive study.

Doctors hope this study will help people decide which foods are healthy or unhealthy. In addition to dietary changes, doctors advise patients to quit smoking and start a regular exercise program.

These simple lifestyle changes could help millions of men with erectile dysfunction.