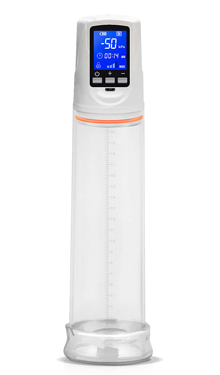 The pursuit of size or male enhancement is an issue for about half of the men in the world. Though it seems to be independent of the needs of women, the supposed benefactors are improved sexual performance. A recent study found that 85% of females are pleased with their partners penis size, but 45% of men say they desire a larger penis. Most men fall within a certain penis size of about 5.5 to 6.2 inches long when erect, so most men fall within the normal range.

It is the subject of seemingly good-natured locker room banter. It is also the cause of private anguish among some men who worry that their penises are too small and perhaps inadequate for satisfying their sexual partners.

As with many such physical comparisons, a man who feels his penis is too tiny somehow pictures the penises of others as more significant than they are, adding to his feelings of physical inadequacy. All of which can become a serious psychological barrier to the full enjoyment of sexual activity.

Over the years, several studies, almost all national or regional, looked at average penis size among men living in a particular country or region. Missing until early 2015 was a comprehensive review of those many studies to come up with a scientific consensus about what was normal in terms of penis size.

A team of researchers affiliated with Londons Institute of Psychiatry, Psychology, and Neuroscience and Kings College London Medical School undertook an ambitious review of the relevant scientific literature. Based on all the data they reviewed, they calculated that the worldwide average size of an erect penis is 5.17 inches.

While many men are anxious and insecure about penis size, only a small percentage of these develop body dysmorphic disorder, or BDD, according to Stephen Snyder, M.D., an associate professor of clinical psychiatry in New York at the Icahn School of Medicine. In an article posted at SexualityResource.com, Snyder offers a transcript of an interview he had previously with Mens Health writer Tori Rodriguez.

Snyder said that few men with penis-centric BDD seek professional counsel because "part of the psychology of BDD is the conviction one might have an actual physical problem." He said that such men might be much more likely to seek out the services of a surgeon for penile enlargement surgery or purchase devices designed to accomplish that goal. Ironically, most men suffering from this form of BDD prove to have penis measurements well within the normal range.

Snyder notes that men with this disorder are also far more likely to develop sexual dysfunction than those unconcerned about penis size and content to work with what God gave them. He also observed that the partners of men preoccupied with penis size tend to regard the obsession and resulting behavior as selfish.

Exposing the Myth of Male Enhancement

Thinking about buying some medication or device that promises to increase the length and girth of your penis? Do not waste your money! No such magical penile enhancement product is available anywhere.

Anxiety over penis size is rarely linked to reality, according to psychiatrist David Veale of Kings College London and author of a September 2013 study published in The Journal of Sexual Medicine.

Furthermore, says Veale, men worry much more about size than women, listing penis size, height, and weight as top body concerns. The men surveyed as part of Veales study showed that dissatisfaction with the size is present in men of every age, ethnicity, and sexual orientation, with 30 percent dissatisfied with their size, 35 percent happy with their size, and the rest falling somewhere in between.

Unfortunately, there is no shortage of entrepreneurs ready to separate men anxious over body issues from their money, as anyone with an email account and a weak spam filter can attest.

Offers for male enhancement products abound. While some are outlandish frauds, others manage to scrape together enough realism to convince men their "all-natural" products work when they do not.

What Do Women Think About Penis Size?

Men overly concerned with penis size might fear that women might share their feelings about their sex partners inadequacy. In fact, according to research conducted at UCLA and Cal State LA, 84 percent of women — or almost seven of every eight women — feel "very satisfied" with the size of their male partners penis.

Of the 16 percent who expressed dissatisfaction with their partners penis, 14 percent said they wished his penis were bigger, while 2 percent would prefer a smaller penis.

Erectile Dysfunction Medication and Penis Size Some people assume that Viagra will make your penis bigger long-term because the penis grows during an erection, and Viagra helps you get an erection. But this is a bit oversimplified.

But all thats happening is that Viagra is helping the blood vessels in your penis fill to maximum size. The more blood in your erection, the larger your penis is.

But what Viagra is not doing is changing your anatomy. It wont magically endow you with extra length or girth you dont have. A full erection, however, makes the most of what you do have.

Penis pumps can help you make the most of your anatomy and can help with erectile dysfunction, but they are not a magic bullet for a larger penis. They are also useful in treating Peyronies disease. In general, size doesnt matter much to most women, so youre all good as long as everything is functional.

How Do Penis Pumps Work?

A penis pump works by sucking blood into the penis. After affixing the pump, you remove the air, which creates a vacuum. The vacuum generates extremely low pressure around the penis, and blood flows from the body to equalize the pressure. The result is a larger, fuller erection.

Do Pumps Make Your Penis Larger?

Like many male enhancement products, whether it makes your penis bigger depends on your appearance. Despite what advertisements tell you, there are no permanent solutions for a larger penis that do not involve surgery. And penis surgery is unlikely to be recommended or approved by a doctor for the cosmetic issue of size.

That said, its important to consider what a penis pump can do. These products temporarily give you a larger, fuller erection, long enough to have sex. They are like a mechanical Viagra. So while the pump cannot change your anatomy, it can help you make the most of it.

But these changes are not permanent. You may feel your penis is larger after using a penis pump at that moment, but its more likely that youve just been struggling to get full erections lately, and the pump has helped with that. Unless you continue to use the pump to help you get erections, it will be a one-time difference.

Another important use for penis pumps and similar technology is medical care. Vacuum pump therapy is helpful for patients with Peyronies disease, a condition in which the penis has an excess of scar tissue and is unnaturally curved, causing painful erections and sex. While many men have a natural curve to their penis, it should never be painful to have sex.

When researchers treated patients with Peyronies disease with a vacuum pump for 12 weeks, they found a significant improvement in penile length, angle of curvature, and pain. Interestingly, these results suggest that penis pumps can affect size for people with this disease, even if, in general, meant to improve erection strength than to alter anatomy.