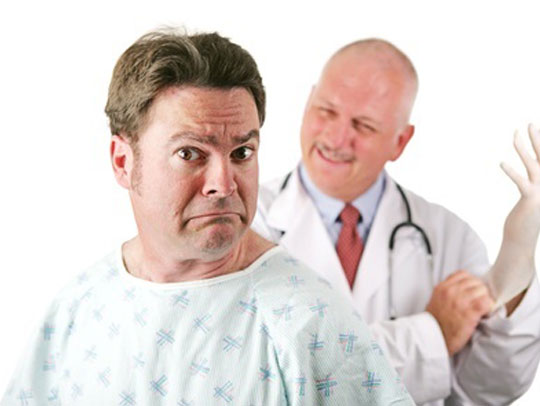 Is an Enlarged Prostate the Cause of Your Sex Drive, Erection, and Premature Ejaculation Problems?

New research indicates that prostate problems may be related to sexual health issues such as low sex drive, erectile dysfunction, and premature ejaculation.

Erectile dysfunction is the inability to achieve or maintain an erection for sexual activity. Researchers believe that these conditions may actually share a common cause.

Lower urinary tract disorders become more common as men get older. When the prostate enlarges, it restricts urine flow. Erection problems are also a common problem among older men. The latest estimates indicate that erectile dysfunction affects more than 100 million men aged 65 and older. Until now, researchers have not examined the relationship between these two conditions.

Enlarged prostate linked to sexual health problems
The results of the study were published in Mayo Clinic Proceedings. Researchers examined over 2,000 men aged 40 to 79. The men were asked to answer questions about their sexual health and urinary tract symptoms over a period of two years. The results show that sexual function is inversely related to the severity of urinary tract problems in men. In other words, as the participants’ urinary symptoms increased in severity, their sexual function decreased.

After adjusting for factors such as age, urinary tract problems that were most frequently associated with erection issues were:

These urinary tract symptoms were associated with:

However, the researchers noted that the association between urinary tract problems and sexual health issues tends to decrease with increasing age. There appears to be no link between urinary tract problems and sexual health disorders in men older than age 70. The researchers say that both of these conditions are extremely common in older men. Therefore, it may be more difficult for researchers to determine if there’s a true association in this age group.

Dr. Steven Jacobsen works at the Mayo Clinic College of Medicine. He says that overall, the research shows that urinary tract problems and sexual health issues may have a common cause. However, certain treatments that relieve urinary tract symptoms can exacerbate erectile dysfunction symptoms. On the other hand, treating sexual health problems can improve urinary tract symptoms. In the future, doctors hope that this research can be used to find new, effective medical treatments for both conditions.