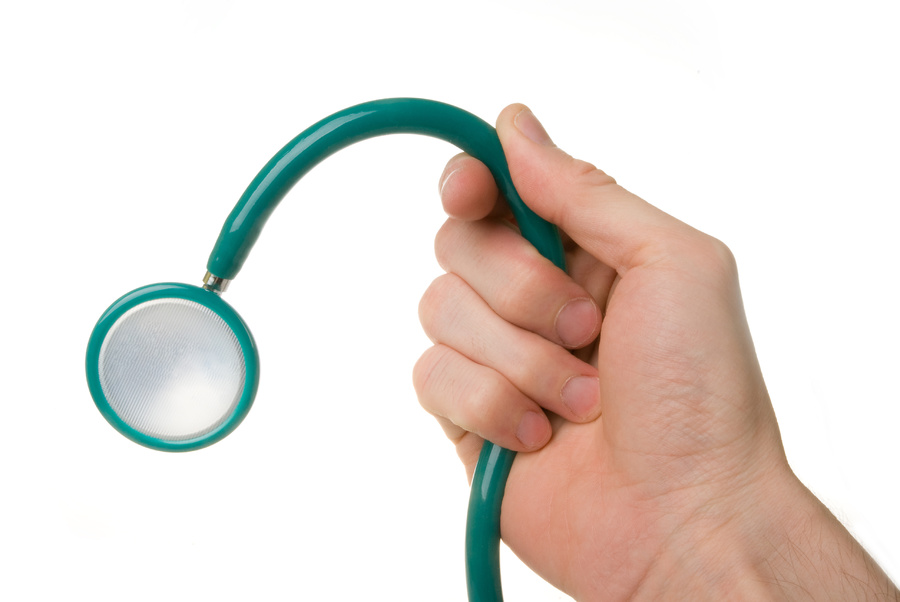 When we think about erectile dysfunction, we typically think of it as its own condition that happens naturally as we get older. This may come as a surprise, but ED is more often a symptom rather than a disease unto itself. Even though ED can be treated with medications like Viagra, Levitra, and Cialis, these medications only work temporarily; they don’t treat the underlying problem.

The Erection Process Is Complex

To put it simply, the process of getting an erection has two or three main parts. First, there’s a mental component that acts as the trigger: Your brain has to get turned on before the erectile response activates. After that, your brain sends a signal to nerves in your penis, causing them to release chemicals that increase blood flow into the penis.

As the penis fills, the blood presses on the veins that normally carry blood out, trapping it there and keeping the penis rigid. Things can go wrong with any of the three parts of the process.

Following are four of the most common diseases and medical conditions that can cause erectile dysfunction, and not just in older men.

The number one cause of the erectile dysfunction that comes with aging is heart disease, which causes problems with the blood flow part of getting an erection.

Heart disease is defined by the American Heart Association as a collection of health conditions that develop when a substance called plaque builds up on the walls of the arteries — the vessels that carry oxygenated blood and deliver it to all the cells in your body.

This plaque is a bit like the plaque that builds up on your teeth if you don’t brush them, but it’s made of cholesterol.

How Can Heart Disease Cause Erectile Symptoms?

Your arteries are basically tiny high-pressure hoses that push oxygenated blood all over your body, and they have to be able to stretch to do that effectively.

Now, regardless of how stimulated you might be at any given time, the fact remains that getting a good erection just can’t happen if your arteries can’t deliver that extra blood to your penis.

Without that stretchiness, your brain can send all the signals it wants, but you’ll start to have greater and greater difficulty getting an erection.

This isn’t really a reversible process either, and while all men experience atherosclerosis to some degree as they age, prevention is the most effective way to avoid this kind of ED. Get some exercise. Eat less junk food, less salt, and more fruits and vegetables.

As heart disease is the most common cause of erectile dysfunction, this is a big investment you can make now to protect your future sexual function.

When we talk about diabetes and erectile dysfunction, we’re focusing on the nerves that transport the erectile signals from your brain to your penis.

Diabetes is a disease centered on insulin. When you eat food, your body breaks that food down into its most basic components: proteins, fats, and carbohydrates. Your body always prefers to use carbohydrates for energy, and its favorite is a sugar called glucose.

Insulin is a hormone made by your pancreas that allows the cells in your body to make use of that glucose. Diabetes is a disease that results when either of two things happens:

1) Your body doesn’t produce any insulin at all (type 1). This is a disease where your immune system accidentally destroys the insulin-making cells in your pancreas.

2) The cells in your body become resistant to insulin (type 2). This is usually the result of being overweight or obese.

The symptoms that neuropathy causes depend on what nerves are being damaged. They can range from burning pain, tingling, and numbness in the hands and feet all the way to the inability to get or maintain an erection.

Both types of diabetes can cause neuropathy and ED, but it’s more common in type 2 diabetics because they can live longer without realizing that they have diabetes. They tend to have high blood sugar for much longer before it starts causing noticeable problems.

If you’re experiencing symptoms of erectile dysfunction, especially if you’re overweight or obese, it’s definitely time to get in touch with your physician to get your blood sugar checked.

Testosterone is the main sex hormone produced in men that’s responsible for the development of male sex characteristics. Testosterone levels peak around age 18 and gradually decline with age. At a certain point, especially after age 50, some men may develop low testosterone levels compared to other men their age.

This can cause a variety of vague symptoms like low energy, sluggishness, and erectile dysfunction. Of course, we’re mainly concerned about that last one, so let’s take a look.

It turns out that testosterone has an important influence on the ability of the tissues in the penis to generate the chemicals that cause erections once they receive the signal from the brain. That can mean that if you don’t have enough testosterone, the signals from the brain may not be able to make it all the way to increasing blood flow to the penis.

Other Hormonal Issues That Can Cause ED

While low testosterone levels associated with aging are the most common cause of hormone-related ED, other hormone issues can also cause erectile dysfunction symptoms.

First, the use of anabolic steroids to build muscle mass puts you at higher risk for hypogonadism (low testosterone) and ED, even if you’re young and otherwise healthy.

Lastly, ED symptoms can also happen when you have abnormally high or low thyroid hormone levels.

Like we mentioned earlier, if you’re experiencing problems with erectile dysfunction — especially if you’re under 40 — it’s important you see a doctor as soon as possible. This isn’t the kind of thing you can diagnose on your own at home.

Of the four issues we’re discussing today, number four is both the touchiest and the one most likely to affect men under, say, 45 years of age.

It’s also one of the more interesting because it really speaks to the complicated nature between our brains and our sexuality. There’s a definite link between conditions like depression and anxiety and erectile dysfunction.

Specifically, the results of the Massachusetts Male Aging Study indicate that men aged 40 to 70 years who experience significant depressive symptoms are nearly twice as likely to report symptoms of erectile dysfunction as non-depressed men in the same age range.

This is true whether or not they have other conditions we’ve discussed that can potentially cause ED, like heart disease or diabetes.

That said, regardless of your age, if you’re suffering from the symptoms of erectile dysfunction, the most important thing is that you make an appointment with your physician ASAP.

The fact is that the symptoms of erectile dysfunction aren’t anything to knock aside. If any of these symptoms sound familiar, your best bet is to see your physician or doctor as soon as possible. Simple blood tests can allow them to quickly diagnose the root cause of your ED and let you get back to your normal sex life faster.

Whether you are struggling with sexual function issues such as erectile dysfunction or premature ejaculation or relationship and intimacy issues, eDrugstore can help. Check out our medication guide or follow the eDrugstore blog for more information about sexual health and other men’s health issues.