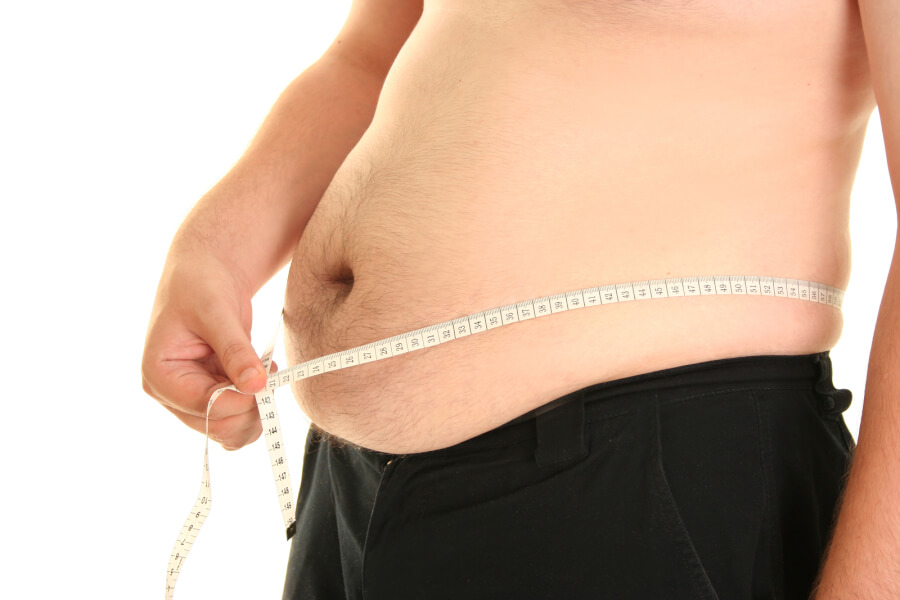 How to Get Rid of Male Belly Fat

Deep-seated visceral fat can be a serious health threat and not just the makings of a beer belly. If you’re serious about shaping up your abdominal area, here are some tips that should help to get the job done.

Although it’s often the object of humorous jibes, male belly fat is no joking matter. Carrying around excess weight can be a real liability healthwise, and if most of that excess poundage is concentrated in your lower abdomen, you run the risk of even more serious health consequences.

Michael D. Jensen, M.D., an endocrinology specialist at Mayo Clinic’s headquarters in Rochester, Minnesota, points out that belly fat isn’t limited to that layer of fat that lies just below the skin known as subcutaneous fat. It also includes visceral fat that surrounds vital organs deep within the abdominal cavity.

Not All Fats Created Equal

As it turns out, not all fats are created equal. That visceral fat poses a far greater threat to your health and well-being than the subcutaneous fat that lies just below the skin. A 2004 study tracked the health of patients who had 30 pounds of subcutaneous fat removed via liposuction. Liposuction patients who had high levels of visceral fat — untouched by liposuction — showed no real health gains in the months following the procedure.

Samuel Dagogo-Jack, M.D., American Diabetes Association president for medicine and science, tells WebMD.com that the visceral fat that accumulates in the belly produces toxins that can interfere with the way your body works. Among these toxins are chemicals known as cytokines that increase the risk of coronary artery disease. Cytokines can also reduce the body’s sensitivity to insulin, which can hasten the onset of type 2 diabetes.

Can Also Cause Cancers

Because they cause inflammation, cytokines can also lead to certain cancers, according to Eric Jacobs, a researcher at the American Cancer Society. Studies have established an association between belly fat and cancers of the colon, esophagus, and pancreas.

So serious are the health implications of accumulated visceral fat that a team of researchers from Harvard Medical School’s Joslin Diabetes Center in 2006 called for a new definition of obesity “based on the anatomical location of fat rather than on its volume, especially when cardiometabolic risk is considered.” They proposed calling visceral fat accumulation in both lean and overweight individuals “metabolic obesity” to better identify those at highest risk of metabolic syndrome.

What Is Metabolic Syndrome?

Metabolic syndrome is defined as the presence of at least three out of five of the following health conditions: increased blood pressure; high blood glucose levels; high serum triglycerides; low levels of high-density lipoproteins, the so-called good cholesterol; and abdominal obesity.  As we’ve already seen, significant accumulations of visceral fat in the lower abdomen increase the presence of cytokines, which reduce sensitivity to insulin and increase the risk of coronary artery disease. The presence of that belly fat puts you well on your way to a diagnosis of metabolic syndrome. 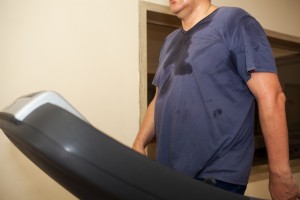 Moderate to vigorous exercise four to five days a week can help to melt away that belly fat.

If all of belly fat’s dire health implications aren’t quite enough to turn you around, consider this. That extra padding on your lower abdomen makes your penis look smaller than it really is. Ronald Tamler, M.D., codirector of the Men’s Health Program at Mount Sinai Hospital in New York City, tells WebMD that “in some cases, abdominal fat all but buries the penis.” Tamler goes to say that one way he motivates his overweight patients is by telling them “that they can appear to gain up to an inch in [penis] size simply by losing weight.

The Tale of the Tape

Worried that your belly fat is getting out of hand? Here’s a quick way to find out if you’re flirting with danger. Get a tape measure and wrap it around your midsection, taking care to see that the bottom of the tape rests on the top of your hip bone. If your girth exceeds 40 inches — 35 inches for women — you’re facing an increased risk of developing serious health conditions as a result of your belly fat.

If you determine that you’re carrying around too much belly fat for your own good, you can tackle the problem by taking action on multiple fronts. Here are some tried and true measures that collectively can help you shed that excess abdominal fat once and for all.

Get Plenty of Sleep

Although in some ways it may sound counterintuitive, getting at least seven hours of sleep every night can provide a good foundation for a belly-busting regimen. In an article posted at Forbes.com, writer Jennifer Cohen explains that people tend to eat more when their biorhythms are out of sync. If you’re not getting enough sleep, your body is likely to produce more ghrelin, a hormone that triggers cravings for sweets and other fat-building foods.

Although it’s a challenge in today’s fast-paced society, steering clear of unnecessary stress can help to lower cortisol levels, consistently high levels of which lead to fat gain. If you are having trouble banishing stress on your own, writer Max Anderton offers these suggestions in an article posted at MensFitness.co.uk: “yoga, laughter, and listening to music.”

WebMD endorses vigorous exercise as one surefire way to shed unwanted fat, including visceral fat. One way to get started is with 30 minutes of moderate exercise, such as brisk walking, five days a week. As you grow progressively more fit, you can step up the pace of the exercise, getting the same results in roughly half the time. For example, you can jog or walk briskly on an inclined treadmill for 20-minute sessions four times a week. If you’ve been largely sedentary up until now, don’t start any exercise program without first consulting your doctor. 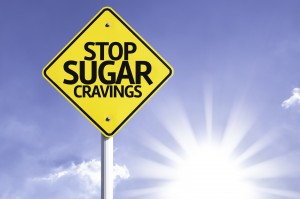 Although cutting down on your overall caloric intake is good, avoiding sugar-laden foods with little nutritional value is even more important.

Diet Your Belly Away

According to WebMD, there is no one magical diet that will make your belly fat disappear. However, if you find a diet that helps you lose weight, rest assured that belly fat is usually among the first forms of excess weight to go. Even without any other diet changes, eating at least 10 grams of soluble fiber every day can significantly slow the buildup of visceral fat, according to Kristen Hairston, M.D., assistant professor of endocrinology and metabolism at Wake Forest School of Medicine.

Consistently elevated levels of cortisol, the so-called stress hormone, leads to weight gain. Although you hopefully have taken some of the previously suggested steps to reduce stress, they may not have been enough. Cohen notes that vitamin C helps to balance the cortisol spikes that follow periods of increased stress. Your body also needs the vitamin to produce carnitine, “a compound used by the body to turn fat into fuel.”

Again, it may seem counterintuitive, but some dietary fats can help your body to burn off the belly fat that’s your biggest health threat. Cohen suggests that you eat plenty of foods rich in omega-3 fatty acids. Such foods include salmon and other fatty fish, walnuts, and avocados.

If you’re looking for a little bit of added momentum for your weight-loss efforts, you might want to give Xenical a try. Xenical, available from eDrugstore.com, blocks up to 30 percent of the dietary fat you consume from being absorbed by your body. It should be used only in conjunction with a reduced-calorie diet. Common side effects of the drug include oily or fatty stools, gas and oily discharge, loose stools, an increased number of bowel movements, and stomach pain or nausea. These side effects may lessen in intensity upon continued use of the drug. To learn more, visit eDrugstore’s Weight Loss page.