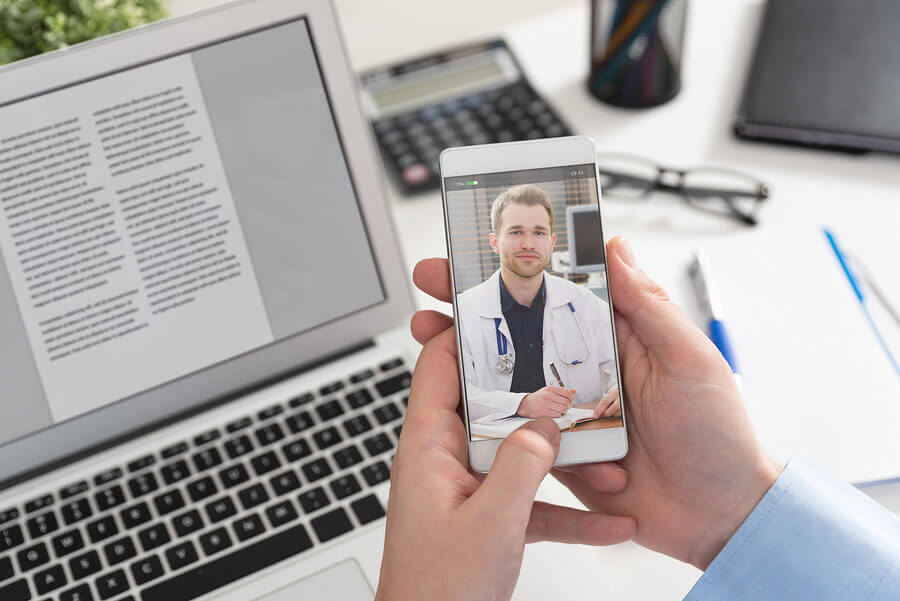 The telemedicine platform offers men with symptoms of erectile dysfunction a more comfortable virtual consultation with healthcare providers. Individuals who are reluctant to discuss such sensitive matters face to face tend to relax and open up more in such a digital setting.

Telemedicine, the remote delivery of healthcare services via telecommunications technology, is ideally suited for the treatment of erectile dysfunction and other sensitive male health issues.

It’s no secret that most men are hesitant to talk about ED, even with their doctors. So telemedicine offers men concerned about personal privacy a buffer of sorts against face-to-face interaction with a medical professional.

Using the tools provided by telemedicine technologies, guys now have a digital platform that allows them to have discussions with healthcare providers that they might otherwise not have.

Broader use of these tools could hopefully increase the percentage of men who seek medical attention for their symptoms of ED. In an article posted at WebMD.com, HealthDay reporter Kathleen Doheny cited a study of 6 million impotent men that indicated most of them did not get treated.

Only 25% Sought Help for ED

The study in question was led by Brian Helfand, M.D., an assistant clinical professor of urology at Northshore University Health System and the University of Chicago. Helfand examined the health records of more than 6 million men who’d been diagnosed with ED. Only 25 percent of those men were actually treated for ED, he said.

Telemedicine interaction between patient and provider can take place via such varied devices as computers, tablets, so-called smartphones, and even old-fashioned land-line phones. With the exception of the latter, these devices connect using the internet, allowing the patient to discuss his concerns and symptoms with the provider. In turn, the provider can then order further testing or prescribe medications to treat those symptoms.

These virtual consultations are generally more comfortable for men, many of whom may be embarrassed discussing such matters face to face with their regular doctors.

A diagnosis of erectile dysfunction usually doesn’t require imaging or outpatient testing but can be reached based on the patient’s account of his symptoms and medical history. In the vast majority of cases, impotence is caused by insufficient blood flow to the penis, a condition that can be treated with oral medications such as Viagra or Cialis.

ED can also be caused by psychological factors, such as depression or extreme anxiety. Impotence of psychological origin most often responds best to counseling by a psychologist or psychiatrist. The telemedicine provider can offer referrals to appropriate medical professionals for follow-up.

The telemedicine platform is at the heart of the services provided by eDrugstore.com. Patients who visit the website with complaints of ED are matched up with licensed U.S. physicians for complimentary online consultations. If the doctor determines that the patient is an appropriate candidate for an oral ED drug such as Viagra, a prescription will be authorized. If not, the physician will offer suggestions as to what further care should be sought.

As an online medical facilitator, eDrugstore acts as a middle-man between patients, physicians, and pharmacies. If the doctor authorizes a prescription, eDrugstore forwards that prescription to a pharmacy that fills it and then ships it free of charge to the customer’s home or office. To learn more about eDrugstore’s telemedicine services, visit its Erectile Dysfunction page.