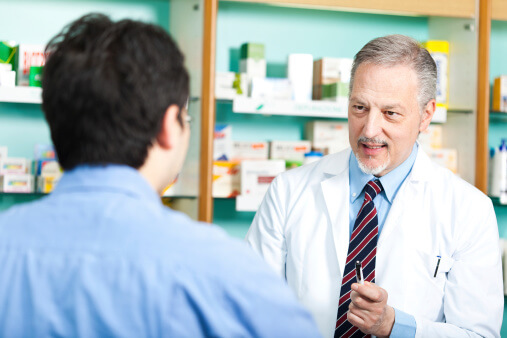 Multiple clinical studies have demonstrated that the impotence drugs known as PDE5 inhibitors are both safe and effective for most men with erection problems caused by diminished blood flow to the penis.

However, despite the ready availability of these safe and effective drugs, a surprisingly large number of men who begin treatment with one of these medications fail to adhere to the therapy over the long term. To better understand why some men drop out of treatment, researchers have conducted studies to identify some of the many factors that go into their decisions to discontinue these drugs.

Such factors include the patient’s level of satisfaction with the initial drug used to treat erection problems, other health conditions, sexual partner’s demand for sex, overall satisfaction with sex, sexual confidence, level of sexual desire, and economic means.

Some of the studies into adherence to PDE5 inhibitor treatment have also looked at study participants’ preference for a specific drug over others and the reasons given for such preferences.

For those unfamiliar with this family of drugs, PDE5 inhibitors get their name from their ability to temporarily disable the phosphodiesterase-5 enzyme, which can interfere with erectile function, particularly in men with vascular problems.

To understand how these impotence drugs work, it’s helpful to know a bit about the erectile process, which gets started in the brain and not in the penis. Feelings of sexual desire in the brain trigger a release of nitric oxide, which is sent via chemical pathways to the pelvic region. There, the nitric oxide triggers secondary chemical reactions, one of which creates a protein known as cyclic guanosine monophosphate, or cGMP.

The cGMP protein facilitates the erectile process by relaxing the smooth muscles that line blood vessels supplying the penis. As these muscles relax, blood flow increases, quickly filling the spongy erectile tissue of the penis, creating an erection.

Because one of the PDE5 enzyme’s primary tasks is to break down cGMP, the impotence drugs’ ability to temporarily disable the enzyme gives drug users a window of time during which they can get and keep an erection without interference.

All of the PDE5 inhibitors work in pretty much the same way. However, each drug has its unique chemical structure, so there are slight variations from one drug to another. Some of the more critical differences between the drugs involve their typical onset and duration of effectiveness.

One study, published in the September 2012 issue of ¨The Journal of Sexual Medicine,¨ was conducted by Portuguese researchers who set out to get a better fix on the reasons for discontinuation of PDE5 inhibitor treatment.

Researchers interviewed 327 men, all of whom had received a clinical diagnosis of impotence and who had been treated with PDE5 inhibitors. Almost half — 48.9 percent — of the study participants discontinued use of the drugs over the course of the study. The dropout rate was particularly high — 73 percent — among men who also had diabetes.

Of those men who discontinued treatment with PDE5 inhibitors, 55.1 percent stopped using the drugs during the first three months of the study. A second group, representing 26.9 percent of those who quit the drugs, decided to discontinue treatment sometime between four and 12 months after the beginning of drug therapy. The third group, 18 percent, stopped after more than 12 months of drug therapy.

Among the reasons given for quitting the PDE5 inhibitors, the single biggest reason was ineffectiveness of the drugs, cited by 36.8 percent of those who discontinued therapy. Psychological reasons, including anxiety, negative emotions, fears, and dysfunctional beliefs, were cited by 17.5 percent as their reason for quitting. Recovery of normal erectile function was claimed by 14.4 percent of those who discontinued drug therapy, and 8.7 percent said they quit because of fears that the drugs might have adverse cardiovascular side effects for them.

A two-part, collaborative multi-center study conducted by researchers in France, Germany, Greece, Portugal, and Spain, first looked at study participants’ adherence to drug therapy based on the initial drug they were assigned. Also considered were test subjects’ reasons for discontinuing treatment. Results of this multi-center study were published in a 2013 issue of ¨The Journal of Sexual Medicine.¨

Researchers found that test subjects randomized to tadalfil daily or tadalafil as needed stuck with those drugs longer than those who were assigned to take sildenafil as needed. Reasons for discontinuing the drugs varied depending on the drug taken.

A large-scale study of Latin American men’s adherence to PDE5 inhibitor treatment found that roughly two-thirds of the 511 men enrolled in the study were still continuing treatment six months after the study began. Among the one-third of those who dropped out, lack of efficacy and cost of the medication were among the reasons most often cited for discontinuing therapy. This study was published in the March 2013 issue of ¨Current Medical Research and Opinion.¨

In yet another study looking at preference for and adherence to different PDE5 inhibitors, the authors — researchers at Greece’s University of Patras Medical School — enumerate some of the more often-cited reasons for discontinuing drug therapy. Not surprisingly, lack of efficacy is one of the top reasons patients give, although the authors suggest that some of these objections might be overcome if patients were more thoroughly schooled in proper use of the medications.

Other common reasons for stopping drug use include loss of interest in sex, lack of opportunities or desire for intercourse, and partner reluctance or unwillingness. The authors note that while financial reasons are sometimes given for discontinuing drug therapy, they are not cited as often as emotional or relationship factors. The Greek study was published in a 2008 issue of ¨Patient Preference and Adherence.¨