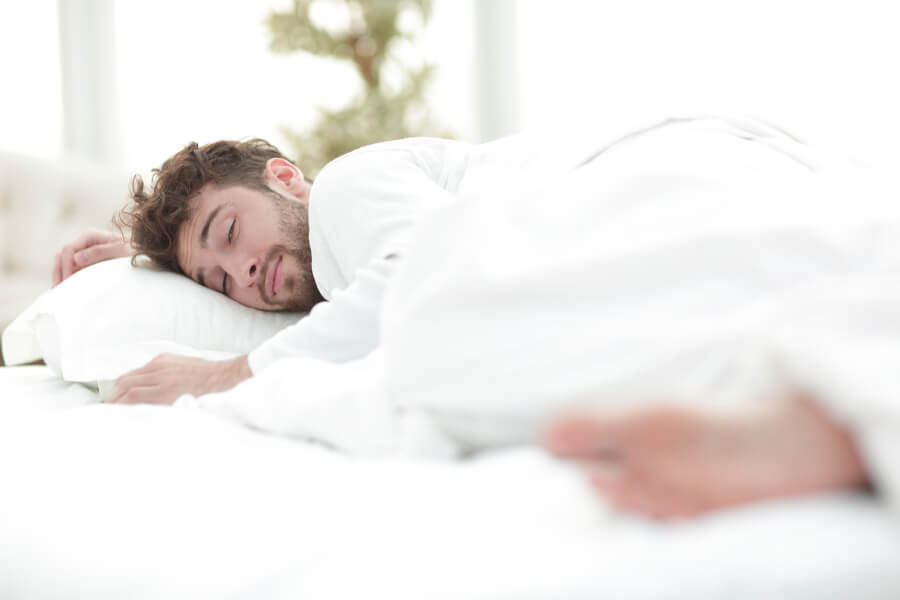 Do you suspect that lack of sleep is destroying your sex life? Scientific research indicates that you’re probably right.

A person’s sex drive is affected by countless factors, including self-esteem, availability of partners, health and wellness, and stress levels.

Oddly, there hasn’t been that much research into how sleep affects sex drive, though interest in the relationship between the two is increasing. It may seem intuitively obvious that lack of sleep can kill sex drive, since it can kill your drive to do anything else other than rest. But what are the physiological and psychological effects of lack of sleep? Does sleep deprivation affect the bodily systems that have to work properly for sex to be enjoyable? Researchers are starting to ask more questions and design studies that get answers. Here’s what you should know about sleep and your sexual functioning.

Scientists from the University of Michigan Medical School, the Henry Ford Health System in Detroit, and Kent State University in 2015 published an article in The Journal of Sexual Medicine about the effect of sleep on sexual response in college-age women. Their hypothesis was that insufficient hours of sleep and poor sleep quality lead to increased difficulties with sexual function, something that really hadn’t been studied before.

For the research, 171 healthy women, more than half of whom reported having at least one sexual partner, were studied. Women who were using or had recently used antidepressants were excluded, because antidepressants can reduce sexual response. For two weeks, study participants answered questions on sexual activity, sleep quantity, and sleep quality. Researchers found that every additional hour of sleep increased the likelihood of sexual activity with a partner by 14 percent. Furthermore, sexual arousal was improved in women who slept longer on average. Effects were independent of age, daytime fatigue, menstruation, and sexual distress.

Testosterone is important to sex drive in both men and women, though men have much higher levels of the hormone. Not getting enough sleep lowers testosterone levels, which can reduce sex drive. A 2011 study reported that one week of sleep deprivation (defined as less than five hours of sleep per night) lowered testosterone levels in young men by 15 percent. That’s equivalent to the reduction caused by 10 to 15 years of aging.

How Lack of Sleep Can Lead to ED

In men, chronic lack of sleep can cause erection problems in several ways. For one thing, it can increase overall stress levels, because it’s simply more difficult to function when you’re sleep deprived.

Another way lack of sleep can indirectly lead to erectile dysfunction is by raising levels of artery-clogging cholesterol. Doctors are now well aware that heart disease is a major risk factor for erectile dysfunction. Clogged arteries don’t just affect the heart but all bodily systems, including the sex organs. If blood flow isn’t sufficient, erection problems can result, and sleep deprivation can lead to higher cholesterol levels.

Finally, there is a strong correlation between sleep deprivation and depression. Though cause and effect are somewhat muddled (Does sleep loss cause depression, or does depression cause sleep loss?) it’s clear that lack of sleep and poor mood quality go together. And it’s also well known that depression and erectile dysfunction are connected as well.

Quality of Sleep Is Important

But just getting enough hours of sleep isn’t the whole story. Quality of sleep is important too. A condition called obstructive sleep apnea is linked with erectile dysfunction. With sleep apnea, a man’s airway becomes blocked during sleep, causing him to stop breathing for short periods of time throughout the night. As you can imagine, the result is poor sleep quality.

The good news is that sleep apnea can be successfully treated. Milder cases may be treated through weight loss, avoiding alcohol before bedtime, and sleeping on one’s side rather than the back. More severe cases are treated with a breathing machine called a continuous positive airway pressure (CPAP) machine, which keeps the airway open during sleep so breathing isn’t interrupted.

Maybe sleeping isn’t your favorite way to spend time in bed, but getting sufficient sleep should be a priority for both men and women. Women who get sufficient sleep tend to have more sex and better sexual response. Both men and women who are deprived of sleep can experience lower testosterone levels, which can reduce sex drive. Men with chronic sleep deprivation are more subject to stress and to high levels of cholesterol, both of which can adversely affect sexual functioning. And the link between lack of sleep and depression (which sometimes goes along with erectile dysfunction) is one more reason to make sufficient sleep a priority.

Sufficient, high-quality sleep is only one of many factors that affects erection health. Fortunately, erectile dysfunction can be treated successfully with prescription medications like Viagra, Cialis, and Levitra. Millions of men worldwide have successfully used these medications for years, improving their sex lives and overall well-being.

If you suspect that your symptoms of erectile dysfunction are caused by insufficient blood flow to your penis, you might want to consider ordering your ED drugs from longtime online facilitator eDrugstore.com. In business since the late 1990s, eDrugstore offers a full range of ED drugs, including both brand-name and generic products. To learn more, visit its Erectile Dysfunction page.