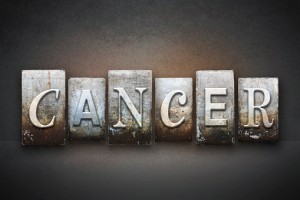 Recent research has shown that impotence drugs such as Cialis and Viagra could play a key role in fighting certain cancers.

Researchers at the University of Miami’s Miller School of Medicine have uncovered further evidence that the active ingredients in Cialis and Viagra may help in the fight against certain cancers.

The most recent announcement came in early April 2015 with the release of preliminary results from a clinical trial among 35 patients with throat and neck cancers. The study was conducted at the Sylvester Comprehensive Cancer Center, which is part of the university’s medical school.

Researchers involved in the project said that small doses of tadalafil, the active ingredient in Cialis, bolstered patients’ immune response, helping the body to inhibit the spread of cancer cells.

At a press conference on April 7, 2015, 62-year-old Marc Giattini, an attorney from Sanibel Island on Florida’s Gulf Coast, recounted his experiences as one of the patients involved in the clinical trial. Giattini was diagnosed in 2013 with a recurrence of a head and neck squamous cell carcinoma that had first been treated in 2004. This particular type of cancer has a high rate of recurrence — 50 to 60 percent if it is already at an advanced stage when first diagnosed. The cancer recurred as a large tumor at the back of Giattini’s throat.

¨You have to imagine how surreal it was to be sitting in a meeting with a doctor who was telling me that my cancer had returned, and he wanted to cut my tongue out of my head and replace it with part of my arm,¨ Giattini told reporters. ¨Then he told me he also wanted to test an erectile dysfunction drug on me — something I don’t even need. Initially, I didn’t like the idea at all.¨

It took a little prodding from the ear, nose, and throat doctor who had first referred Giattini to Sylvester, but the attorney eventually decided that he would get with the program and proceed with the treatment being recommended by doctors at the cancer center.

The recommended treatment protocol began with small doses of tadalafil for three weeks in advance of surgery to remove his cancerous tongue and reconstruct a new tongue from muscle and veins in his left arm. After only 10 days on tadalafil, Giattini began to notice a difference. 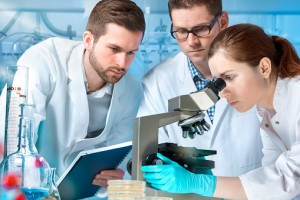 Laboratory studies were the first to show the potential of tadalafil and sildenafil in the fight against cancer.

¨Prior to the surgery, I was in a lot of pain and had trouble eating,¨ Giattini said. ¨After about 10 days taking Cialis, I could absolutely feel the tumor reduce in size. The monster in my mouth was getting smaller.¨

Also speaking at the press conference were Donald T. Weed, M.D., the surgeon to whom Giattini was referred, and researcher Paolo Serafini, Ph.D., whose findings in an earlier laboratory test had paved the way for the recent clinical trial. Dr. Weed is a professor of otolaryngology at the Miller School of Medicine and also the director of Sylvester’s Head and Neck Site Disease Group. Serafini is an assistant professor of microbiology and immunology.

In an interview with Miami Herald staff writer Julie K. Brown, Dr. Weed said that in reality the tadalafil had not reduced the size of Giattini’s tumor to any great extent. However, in later studies of the malignant tissue it seemed as though the drug may have boosted the good cells that fight infection, thus keeping the tumor from growing and spreading. The purpose of the study, said Dr. Weed, was to monitor ¨the drug’s effect on the cancer cells, which is much more subtle and hopefully has longer-term benefits.¨

Earlier studies led by Serafini and researchers elsewhere found that cancer cells throw up a network of defenses that makes it difficult for the body’s immune system to find and kill cancerous cells. Playing key roles in that defense system are myeloid-derived suppressor cells, or MDSCs, and regulatory T cells, or Tregs.

Animal studies found that PDE5 inhibitors, the family of impotence drugs that includes tadalafil and sildenafil citrate (Viagra), suppress both MDSCs and Tregs by modifying the tumor environment.

Because tadalafil and other PDE5 inhibitors already have FDA approval for use in humans, ¨we were able to proceed directly to a clinical trial,¨ said Serafini. ¨Our goal was to see if we could interrupt the molecular and cellular mechanisms by which tumor cells can block the immune system.¨

The clinical trial with Giattini and others achieved the goals that had been set for it, said Serafini. In addition to its suppression of MDSCs and Tregs, tadalafil was found to increase the presence of CD8 T-cells, which are known to boost immunity against squamous cell cancers and minimize tumor proliferation. 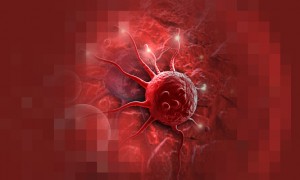 Cancer cells, such as the one depicted in this drawing, are insidiously wily, using other cells to create a defense network that helps them hide from the body’s immune system.

Describing the recent study as ¨a proof-of-principle trial,¨ Dr. Weed said he and his colleagues at the cancer center are in the process of designing a second clinical trial, which will probably begin sometime during the summer of 2015. This second trial will be for patients with advanced-stage cancer that has recurred after previous treatment, particularly after radiation, he said.

¨We will give those patients tadalafil in combination with a tumor vaccine,¨ said Dr. Weed. ¨Instead of just trying to block the cancer cells, we will combine surgery with a immunologic treatment designed to reduce the immune-suppressive characteristics of the cancer cells and at the same time rev up the immune system attack against the cancer cells.¨

The recent clinical trial and ongoing studies at Sylvester are just the latest developments in the scientific exploration of PDE5 inhibitors’ potential as weapons in the fight against cancer.

Promising results have come from a study at Virginia Commonwealth University that found combining the anticancer agent known as OSU-03012 (AR-12) with sildenafil (Viagra) was more effective in fighting brain cancer cells than OSU-03012 alone.

While the most recent study at VCU focused on the use of sildenafil in combating brain cancer cells, earlier studies at the Richmond-based university looked at the combination of sildenafil and the anticancer agent doxorubicin to target prostate cancer cells. Those earlier studies, confined to laboratory and animal testing, found that in combination the two drugs were more effective in killing malignant cells than doxorubicin alone. Moreover, researchers discovered that combining doxorubicin with sildenafil significantly reduced the heart damage previously associated with the anticancer agent.