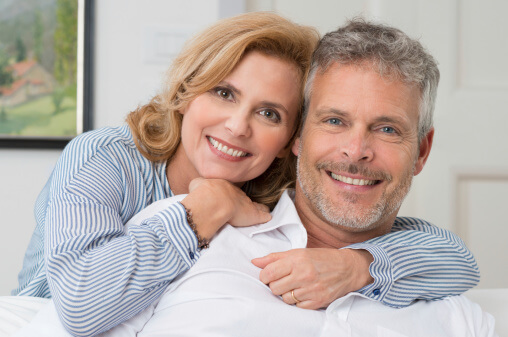 In the space of less than two decades, advances in pharmaceutical science have given men with erection problems powerful new weapons with which to fight back against their symptoms of impotence.

It all began with the introduction of Viagra, approved for U.S. marketing by the Food and Drug Administration in 1998. The little blue pill, the first of a new class of drugs known as PDE5 inhibitors, revolutionized the treatment of impotence not just in the United States but around the world as well.

In the years since Viagra’s introduction, it has been followed by other drugs in the same family, including Levitra, Cialis, Staxyn, and Stendra. Although all work in much the same way, each has its own unique chemical structure, which means that one may work better for you than any of the others. For some men, all five drugs may work equally well.

Clinical trials of each of these five drugs have shown them to be broadly effective in study subjects and safe for men whose general health is good. None of these drugs, however, is a cure for erection problems. They simply give most impotent men a way to temporarily regain normal erectile function so that they are able to engage in sexual activity.

Not Effective in All Cases

Nor are these drugs effective in treating all types of erection problems.  They are designed to help men whose impotence stems from compromised blood flow to the penis, the single most common cause of erection problems. If your impotence is primarily psychological in origin, none of the PDE5 inhibitors is likely to change things for you.

Before looking at the individual drugs and how they differ from one another, it’s probably best to explore what all PDE5 inhibitors have in common. They get their name from their ability to temporarily disable an enzyme known as phosphodiesterase-5, which can make it more difficult to get and keep an erection, particularly in men whose vascular systems have been compromised by atherosclerosis or other underlying health issues.

Erections Start in the Brain

The erectile process doesn’t begin in the penis but rather in the brain, where it manifests itself as feelings of sexual desire. Such feelings trigger the brain to send a flood of nitric oxide to your pelvic region. Once it reaches the pelvic region, this nitric oxide sets off a series of other chemical reactions, one of which releases a chemical substance known as cyclic guanosine monophosphate, or cGMP.

To facilitate strong blood flow into the penis, cGMP relaxes the smooth muscles lining blood vessels that supply the penis. Thanks to cGMP, these vessels open wide to allow a rush of blood into the spongy erectile tissue of the penis, creating an erection.

One of the primary functions of the PDE5 enzyme is to break down cGMP, so temporarily disabling PDE5 allows the erectile process to proceed unimpeded in men whose overall circulation is already compromised to some degree.

In profiling the five PDE5 inhibitors available to men with erection problems, we’ll take them in the order that they were brought to market. Approved by the FDA in March 1998, Viagra was the first. The active ingredient in Viagra is sildenafil citrate.

According to Pfizer, which holds the patent on Viagra, in clinical trials covering 23,000 men the little blue pill helped roughly 80 percent of the men who took it to achieve erections hard enough for sexual intercourse. This compares with a 50 percent success rate among men who were given a placebo.

Available in pills of 25, 50, and 100 milligrams, Viagra should be taken 30 minutes to an hour before sexual activity. Its duration of action ranges from four to five hours. However, if it is taken with a meal, the onset of effectiveness can be delayed somewhat. A 50-milligram tablet is the recommended dose, but that dose can lowered to 25 milligrams or increased to 100 milligrams depending on what it takes an individual patient to achieve optimal results.

Among Viagra’s side effects, the most common are facial flushing, headache, blurring or other changes in vision, back and/or muscle pain, indigestion, runny or stuffy nose, nausea, rash, and dizziness. Most of these side effects are mild and may disappear upon continued use of the drug. However, if you experience serious but rare side effects such as a sudden loss of hearing or vision or an erection lasting more than four hours, you should seek medical care immediately. As is true of all the PDE5 inhibitors, Viagra should never be taken at the same time as nitrate-based drugs, because together these two types of drugs can cause a dangerously steep drop in blood pressure.

Levitra (vardenafil) won FDA approval in August 2003, making it the second impotence drug to hit the market. Available in tablets of 2.5, 5, 10 (recommended starting dose), and 20 milligrams, Levitra should be taken 30 minutes to an hour before sexual activity, and its duration of action ranges from four to five hours. According to eMedExpert.com, Levitra has an efficacy rate of 80 percent.

Bayer HealthCare, which holds the patent on Levitra, says the drug’s most common side effects are back pain, dizziness, facial flushing, headache, indigestion, runny or stuffy nose, and upset stomach. Levitra should never be taken at the same time as nitrate-based drugs, which include the recreational drugs known as poppers.

Approved by the FDA in November 2003, Cialis (tadalafil) is available in two different formulations, one known as Cialis for Daily Use and the other called Cialis for Use as Needed. The latter, sometimes nicknamed the weekend drug, is effective for up to 36 hours, meaning that a man who took it at 8 p.m. on Friday night would likely enjoy its effects until early Sunday morning. Cialis for Use as Needed comes in tablets of 5, 10, and 20 milligrams, and can take effect roughly 30 minutes after you take it.

As its name suggests, Cialis for Daily Use is to be taken daily and after you’ve been on the drug for four or five days, you should be able to get an erection whenever the time is right. It’s available in tablets of 2.5 and 5 milligrams each. Taking the drug with food has not been shown to alter its efficacy or onset of action.

Incompatible with nitrates, both formulations of Cialis can cause some side effects, such as back pain, facial flushing, headache, indigestion, muscle aches, and runny or stuffy nose. Although rare, more serious side effects such as a sudden loss of hearing or vision or an erection that lasts more than four hours should be considered medical emergencies that require immediate medical attention.

Staxyn, approved by the FDA in June 2010, uses the same active ingredient — vardenafil — as Levitra and is made and marketed by the same companies. It comes in orally soluble tablets of 5, 10, and 20 milligrams. What sets it apart from the other PDE5 inhibitors is the ease with which it can be taken. Just pop the tablet under your tongue and let it dissolve and begin to take effect. It should be taken 30 to 60 minutes before sexual activity, and its duration of action ranges from five to seven hours.

Common side effects include back pain, dizziness, facial flushing, headache, upset stomach, and stuffy nose. Staxyn should never be taken at the same time as nitrate-based drugs.

The last PDE5 inhibitor to win FDA approval was Stendra (avanafil), which got the green light in April 2012. Perhaps the one characteristic that sets Stendra apart from the other impotence medications is its fast onset of action — as little as 15 minutes after the drug is taken. It is available in tablets of 50, 100, and 200 milligrams. Men who take the 100- or 200-milligram tablets may be able to achieve an erection within 15 minutes of taking the drug, while those taking 50-milligram tablets should allow at least 30 minutes for the drug to take effect. The duration of Stendra’s effectiveness ranges from four to six hours.

Stendra’s most common side effects are back pain, flushing, headache, runny or stuffy nose, and sore throat. Like all the other PDE5 inhibitors, it should never be taken at the same time as nitrate-based drugs.