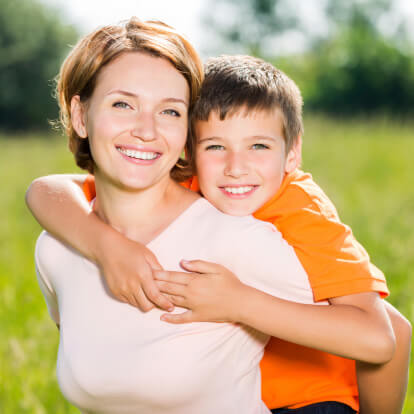 It pretty much goes without saying — although we will anyway — that a strained relationship between a man and his regular sex partner could have a chilling effect on the man’s ability to perform in the bedroom.

However, several academic research studies have turned up evidence that even childhood relationships with parents and other close family members can be reflected in erectile function — good or bad — later in life.

One of the most recent of these studies comes from researchers at Charles University in Prague, capital of the Czech Republic. Stuart Brody, Ph.D., and Petr Weiss, Ph.D., conducted a fairly large-scale study that looked at both the family and sexual histories of 960 men between the ages of 15 and 84.

To gather their findings, Brody and Weiss interviewed each of the study participants about intimate details of their sex lives. They were asked to report in detail any problems of sexual dysfunction, such as premature ejaculation and impotence, that they might have encountered and were also asked to supply an estimate of the typical duration of their sexual sessions. Study participants were also quizzed about their childhood relationships with their mothers.

To measure erection problems as accurately as possible, study participants were asked to self-rate various aspects of their erectile function using the International Index of Erectile Function-5. The index consists of five questions, each of which has five multiple-choice answers. Point values for the answers range from a low of 1 to a high of 5.

For example, the first question on IIEF-5 asks men to rate their level of confidence that they can get and keep an erection. Multiple-choice answers to this question include Very Low, scored as 1 point; Low, 2 points; Moderate, 3 points; High, 4 points; and Very High, 5 points.

Other questions look at the quality and duration of erections during sexual activity, as well as how satisfactory past attempts at sexual intercourse have been. Scores of less than 22 points on the IIEF-5 test indicate the presence of at least some degree of impotence.

Using the Index of Premature Ejaculation questionnaire, study participants were also asked to supply details, if any, about their experiences with premature ejaculation. In a final measure of sexual function and history, test subjects were asked to estimate their intravaginal ejaculatory latency time, or IELT.

In the Charles University study, researchers found that many men who had a troubled relationship with their mothers suffered from both erection problems and premature ejaculation. Brody and Weiss said that both these forms of sexual dysfunction “are associated with less favorable early experiences with women,” based on the findings of their study.

In their conclusion to the Charles University study, Brody and Weiss say that one explanation for this link between strained mother-son relationships and sexual dysfunction “is that psychogenic factors (when a physical illness stems from an emotional stress) may play a more important role.”

Theories about this link between sexual function and troubled childhood relationships with parents and/or others are not new. In fact, famed neurologist Sigmund Freud, sometimes called the father of psychoanalysis, contended that the first five years of a child’s life have a significant influence on the shape of his or her sexuality as an adult.

Much has been written about the delicate balance between maternal and paternal influences on male children and how disruptions in this balance can negatively affect how a man interacts socially in adulthood.

The Charles University study focuses on the link between adult male sexual dysfunction in men who had strained relationships with their mothers. In “When He’s Married to Mom,” psychologist Kenneth M. Adams, Ph.D., deals with the unhappy results of mother-son relationships that are unhealthily close.

Adams, a licensed psychologist and expert in treating trauma-induced intimacy disorders, describes male adults who retain excessive emotional ties to their mothers as “mother-enmeshed men,” or MEM. Because of these unhealthy ties, MEM “feel trapped, guilty, and disloyal when attempting to follow their own wishes and lead their own lives.”

Women in relationships with MEM experience a great deal of frustration, says Adams, because while MEM are loving, considerate, and exciting at the beginning of a relationship, they almost invariably shy away from making any commitment.

Adams makes clear that most close relationships between mothers and sons aren’t what he describes as enmeshed relationships. In healthy mother-son relationships, the mother meets the needs of her son and turns elsewhere to satisfy her needs for emotional support and companionship. In an enmeshed relationship, however, “the mother uses her son for emotional support and companionship. He learns to focus on keeping her satisfied. He becomes her surrogate husband. Struggling under this burden, he is drained of his youthful energy.”

In his exploration of the consequences of enmeshment on MEMs, Adams says that it can injure sexuality in a variety of ways, including sexual dysfunction, avoidance of sex, sexual addiction, and sexual perversion. A mother-enmeshed man’s “wounded sexuality is also a significant component of the low self-worth and the chronic depression, ambivalence, and rage that plague many MEMs,” writes Adams.

Marriage/family counselor Michael Gurian, author of “The Invisible Presence,” also looks at the ways in which a man’s relationship with his mother affects all his relationships with women later in life. How well a man differentiates between the many bonds forged between him and his mother in childhood, says Gurian, helps to determine the success of his adult relationships with other women.

In the preface to the 2010 edition of his book, Gurian writes that “some of the initial bonds established between a boy and his mother must stay strong throughout both their lives; simultaneously, many others must be dissolved in order for a man to become independent of his mother’s psychological will, and thus take a step toward becoming the loving, wise, successful man his partner and children need him to be.”

Men who experience erectile dysfunction due (ED) to its most common cause, impaired circulation to the penis, are usually helped by prescription medications like Viagra. If you are interested in ordering Viagra or other ED medications online, with maximum convenience and discretion, we encourage you to visit eDrugstore.com.