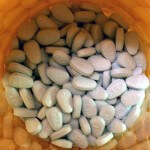 Men battling with erection problems have touted Viagra as a wonder drug.  The popular diamond-shaped pill is quite a medical achievement when you consider some of the ways to gain stronger erections was handled in the past.

The Irish Times put together a list of the most unorthodox treatments suggested for erection difficulties and impotence through the years.

* Julius Althaus, a Victorian surgeon, recommended sticking electrodes into the penis and the lower back and then send electricity through them. The hope was the “blockages” that caused erection issues would clear and alleviate the problem. This wasn’t a highly sought after treatment – not just because it’s clearly uncomfortable but because the electrodes sometimes fused to the inside of the penis.  (Can you imagine that side effect being listed on a televised erection problems ad?)

*Another crazy method?  How about injecting the boys with a little extract removed a from guinea-pig’s testicles?  Charles-Édouard Brown-Séquard claimed this cured his impotence in the late 1880s.

* We’re not done with the animal ideas yet folks.  Another doctor claimed transplanting goat or ram testicles into men would do the trick.  This one came from a doctor in Kansas who shutdown his practice years later.

Hearing these crazy notions really makes the simplicity of a pill, which has been approved by health experts, a modern marvel.

How Viagra was discovered
Researchers didn’t set out to find a pill to help men have a more active sex life.  They were testing the drug’s effectiveness on heart problems and discovered an interesting side effect.  That side effect was, of course, an erection.  After that Pfizer launched a whole separate study into the sexual effects Viagra could have.  Years later the drug hit the market and help millions of men.  Now it’s as commonly known as aspirin.