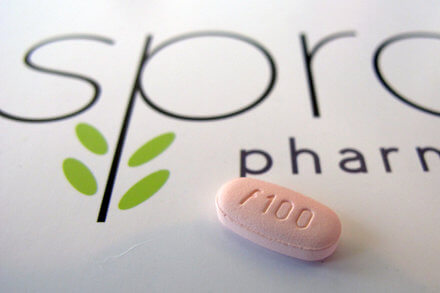 FDA’s approval of flibanserin in mid-August 2015 will soon bring to market the first drug designed to treat hypoactive sexual desire disorder, or HSDD, the most common form of female sexual dysfunction.

The drug, which will be marketed under the brand name of Addyi, has been widely referred to as “female Viagra” or “pink Viagra,” but those labels are not only inaccurate but also grossly misleading.

While Viagra and the other PDE5 inhibitors, such as Cialis and Levitra, were developed to treat erection problems by temporarily optimizing blood flow to the male genitalia, Addyi works on brain chemistry in an effort to fire up the female libido.

And unlike the PDE5 inhibitors, which won FDA approval with no special conditions mandated, Addyi’s approval definitely has some strings attached. The agency approved the drug with a risk evaluation and mitigation strategy, or REMS.

For those unfamiliar with REMS, it is a condition that FDA can attach to its approval of a new drug when it has serious concerns about some of the drug’s potential side effects. The regulatory agency was empowered to attach such conditions under 2007 legislation known as the Food and Drug Administration Amendments Act, which increased FDA’s responsibilities and authorities to improve drug safety.

FDA’s specific concerns about Addyi have to do with two fairly serious side effects — severely low blood pressure and loss of consciousness — that have been observed in some of the drug’s trials. Under the REMS program, the drug can only be prescribed by medical professionals who have been trained and certified in REMS procedures.

Patients Must Be Counseled

According to the FDA’s announcement of its conditional approvement of flibanserin, “certified prescribers must counsel patients using a Patient-Provider Agreement Form about the increased risk of severe hypotension [low blood pressure] and syncope [loss of consciousness] and about the importance of not drinking alcohol during treatment with Addyi.” Pharmacies must also be certified to dispense the drug, which requires a training program on the REMS protocols.

As a further indication of its concern about some of Addyi’s potential side effects, FDA’s approval also requires that the drug’s package insert contain a boxed warning. As its name indicates, a boxed warning must be formatted with a box or border around it to ensure that consumers don’t overlook it. In the case of Addyi, FDA specifies that the warning “highlight the risks of severe hypotension and syncope in patients who drink alcohol during treatment with Addyi, in those who also use moderate or strong CYP3A4 inhibitors, and in those who have liver impairment.” CYP3A4 inhibitors are substances that temporarily disable the Cytochrome P450 3A4 enzyme, which is found mainly in the liver and the intestine.

Will Go on Sale by Year-End

It now seems likely that Addyi will reach U.S. pharmacy shelves sometime during the fourth quarter of 2015, according to Valeant Pharmaceuticals International, which on August 20 acquired Sprout Phamaceuticals, which holds the patent on flibanserin.

A Valeant spokesman indicated that the company will begin offering physicians and pharmacists the REMS training necessary to be certified to prescribe and dispense the new drug as soon as it closes on the acquisition of Sprout.

In addition to the restrictions on the drug’s distribution that are inherent in the REMS program, many physicians may be unwilling to prescribe Addyi because of its side effects.

Drug Must Be Taken Daily

Among its essential differences from the majority of the impotence drugs, such as Viagra and Cialis, Addyi must be taken daily in order to become effective. In contrast, the PDE5 inhibitors — with the exception of Cialis for Daily Use — are taken on an as-needed basis.

Although no official price information has been released, just after FDA announced its conditional approval of the drug, Sprout CEO Cindy Whitehead told The New York Times that Addyi’s price would be roughly equivalent to that of the impotence drugs.

As the Times reporter points out, drawing price comparisons between the two types of drugs is virtually impossible because one is a daily drug and the others are taken only as needed. The Times reporter suggests that perhaps $400 a month — the cost of 10 Viagra tablets — might be a logical guess at Addyi’s initial price. Because it must be taken daily, this would push the annual cost of the drug to nearly $5,000.

Will Insurers Cover It?

Also unclear at this point is whether insurers will cover the drug. In an article posted at Forbes.com, John LaMattina, former president of Pfizer Global Research and Development, expressed doubts. He writes, “Insurance companies may not be willing to reimburse patients this amount of money for a drug that provides a modest benefit for the majority who take it. Even if payers cover a portion of the cost, as happens with erectile dysfunction drugs, will patients be willing to pay $50 or $75 a month for a drug with Addyi[’s] safety/benefit profile?”

As previously noted, Addyi works on brain chemistry to increase a woman’s interest in and desire for sex. Flibanserin was originally researched as a possible antidepressant for both sexes, but the drug failed to make the grade for that purpose. However, preliminary testing by Boehringer Ingelheim, the German pharmaceuticals giant, revealed that the drug did increase sexual desire among a significant number of study participants. The German company decided to pursue the drug as a treatment for HSDD but gave up after the FDA turned thumbs down on the drug in 2010. Not long thereafter, Boehringer sold its patent on flibanserin to Sprout, a company that had been formed for the express purpose of developing the drug and winning FDA approval for it.

Flibanserin works by rebalancing brain chemistry in a way that is believed to be more conducive to increased sexual desire. The drug subtly decreases brain levels of serotonin, a neurotransmitter that is associated with a loss of libido, while increasing levels of dopamine and norepinephrine, both of which tend to have a positive effect on the libido. This makes the drug more akin to an antidepressant than to any of the male impotence drugs, which focus on improving blood flow to the penis.

Numerous women’s organizations had lobbied for FDA approval of flibanserin, arguing that it was about time that women had a drug to help them fight their distinctive problems of sexual dysfunction, HSDD topping the list. However, the drug also had its fair share of vocal opponents who argued the drug’s risks more than outweighed its meager benefits.

One very outspoken critic is Adriane Fugh-Berman, M.D., an associate professor of pharmacology and physiology at Georgetown University and director of PharmedOut, an organization formed to counter some of the pharmaceutical industry’s inappropriate promotion practices. Back in June before an advisory panel considering whether to recommend FDA approval of flibanserin, Dr. Fugh-Berman said that “to approve this drug will set the worst kind of precedent — that companies that spend enough money can force the FDA to approve useless or dangerous drugs.”