A Closer Look at the Science of Viagra 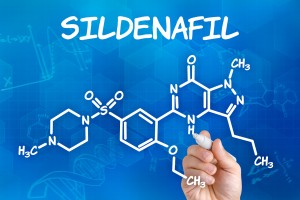 Here’s the chemical formula for sildenafil, the active ingredient in Viagra.

As with many prescription and over-the-counter drugs we’ve come to rely on, Viagra is now widely recognized as an effective medication for treating a specific problem.  That condition is erectile dysfunction, particularly erection problems caused by insufficient blood flow to the penis.

However, many men who routinely use the little blue pill actually may know very little about how it works. For that matter, there are probably few of them who could tell you how an aspirin works, although most have probably popped hundreds of aspirins to bring down a fever or relieve the pain of a headache.

While it’s hardly necessary to understand the mechanisms of all the medications we take, it can help us maximize the benefits of these drugs by avoiding behavior or other medications that might interfere with those mechanisms.

So for the benefit of those who use — or are considering using — Viagra, here’s a closer look at the nature of the drug and how it works in the body to optimize blood flow to the penis. While for generations, medical professionals had told men with erection problems that psychological factors were probably responsible, the medical community today realizes that the most common cause of erectile dysfunction is insufficient blood flow to the penis.

In 1998 Viagra was the first of a new family of drugs that is known collectively as PDE5 inhibitors. Other medications in this family include Levitra, Cialis, Staxyn, and Stendra. They get their name from their unique ability to temporarily disable an enzyme known as phosphodiesterase-5, which can make it more difficult for men with vascular problems to get and keep an erection.

To better understand how Viagra works, it helps to know at least the basics of the erectile process. As men who have used the drug realize, the little blue pill will not create an erection spontaneously. It merely allows a normal male response to feelings of sexual desire or physical stimulation of the genitals.

When the brain detects feelings of sexual desire or physical stimuli of the genitals, it sends a flood of nitric oxide coursing through the body to the pelvic region. In response to this upsurge in nitric oxide, a secondary chemical reaction gives rise to an increase in levels of a compound known as cyclic guanosine monophosphate, or cGMP. 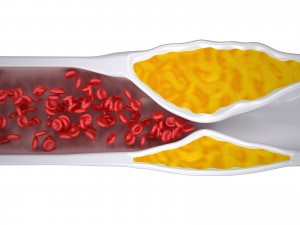 Atherosclerosis, the buildup of plaque on artery walls, is a major cause of diminished blood flow to the penis, causing impotence.

This increase in cGMP causes a relaxation of the smooth muscles lining the blood vessels that supply the penis. As these muscles relax, the arteries expand, allowing a sharp increase in the flow of blood to the penis.

One of the primary tasks of the PDE5 enzyme is to break down  cGMP. In men with no vascular problems, any cGMP that is broken down by PDE5 is soon replaced with a fresh batch of cGMP, ensuring that the erection process continues without serious interruption. However, in men whose vascular systems are already somewhat compromised, the presence of the PDE5 enzyme can make it difficult or even impossible to achieve and maintain an erection strong enough for intercourse. And here is where Viagra and the drugs like it come into play. By holding the PDE5 enzyme at bay for four or five hours, Viagra allows levels of cGMP to increase without interference, thus allowing the men who take the drug to get and keep an erection.

Some underlying health conditions negatively affect the vascular system and may also cause damage to the nerves that play a key role in the erectile function. Atherosclerosis, the buildup of plaque on the inner walls of arteries, can not only restrict blood flow to the penis but can also interfere with the flow of blood to the brain and/or heart. Because the arteries supplying the penis are much smaller than those that feed the brain and heart, erection problems usually show up first, offering an early warning of more serious health issues down the road. Men who respond quickly to this warning can modify their lifestyle enough to head off a heart attack or stroke and even regain normal erectile function. 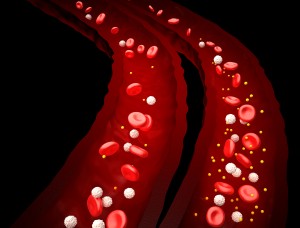 The deleterious effects of diabetes on arteries can be seen in the artist’s rendering above, which shows a normal artery on the left and a diabetic artery on the right.

High blood pressure, also known as hypertension, causes serious damage to the body’s entire vascular system, including the relatively narrow vessels that carry blood to and from the penis. Anything that interferes with strong blood flow to the penis can trigger symptoms of impotence.

Diabetes can be particularly damaging to erectile function, because the disease over time causes serious injury to both blood vessels and nerves. Men with diabetes are at a sharply increased risk of developing erection problems, and those problems tend to appear 10 to 15 years earlier than in men without diabetes, according to MayoClinic.com.

Elevated levels of cholesterol in the blood, especially low-density lipoprotein, or LDL, known as bad cholesterol, contributes over time to the buildup of plaque on the walls of arteries, which in turn restricts blood flow through those vessels. In addition to overtaxing the vascular system, obesity is associated with abnormally low levels of testosterone, the primary male sex hormone. While low testosterone is not a major direct cause of erectile dysfunction, it is usually characterized by a diminished sex drive, which means obese men will probably experience reduced sexual desire and thus fewer erections.

Be Aware of Side Effects

No discussion of Viagra and how it works would be complete without at least a brief review of its side effects, which are generally mild and in many cases may disappear altogether as you continue to use the drug. The most common side effects of the drug are back and muscle pain, dizziness, flushing, headache, indigestion, nausea, rash, and runny or stuffy nose.