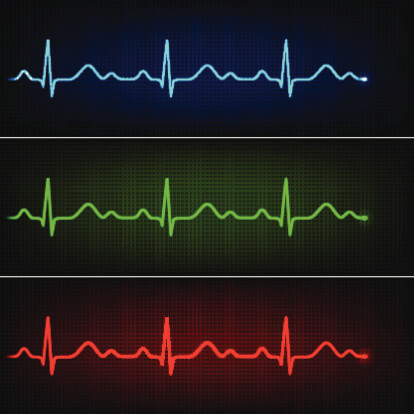 Given the close connection between erection problems and cardiovascular disease, it seems only logical that men who develop symptoms of impotence would heed the warning and get a screening to assess their risk for a heart attack or stroke. However, it appears that many men with confirmed erection problems are either unaware of this close relationship or simply don’t want to be bothered to get their overall cardiovascular health checked out.

All of which begs the question as to whether a diagnosis of impotence caused by compromised blood flow should automatically trigger a screening for heart disease to help prevent more serious illness or death in the future. A recent study suggests that enormous savings in health care costs could be realized if such screenings were either routine or mandatory.

Leading Cause of Death

According to the Centers for Disease Control and Prevention, the leading cause of death in the United States in 2013 was heart disease, which took a toll of 611,105 lives. Not far behind was stroke, which was the number five killer in 2013, accounting for almost 129,000 deaths.

Heart disease and stroke are caused by insufficient blood supply to the heart and brain, respectively. The vast majority of erection problems can also be traced to compromised blood flow to the penis. However, erection problems usually show up earlier, simply because the arteries that supply blood to the penis are much narrower and likely to show signs of damage before those that supply either the heart or brain.

When viewed from an overall cardiovascular health perspective, erection problems are like an early warning system that more serious health problems may lie ahead.

One of the major culprits in both cardiovascular disease and erection problems is atherosclerosis, also known as hardening of the arteries, which develops when plaque collects on the walls of arteries, thus slowly but surely reducing the amount of blood these blood vessels can handle. Although it was long believed that the buildup of plaque on artery walls was itself the primary cause of heart attack and stroke, it is now recognized that it is the immune system’s inflammatory reaction to the buildup that is the proximate cause of these events.

Although compromised blood flow accounts for the vast majority of erection problems, it is not the only cause. It is estimated that 10 to 20 percent of all impotence is attributable to psychological causes. In such cases, the presence of erection problems probably has relatively little value as a predictor of future cardiovascular problems.

Other men suffer from erection problems that can be traced to traumatic damage to the blood vessels and/or nerves that serve their genitals or to the genitals themselves. In such cases, surgery to repair the damaged pelvic infrastructure may be the only way that erectile function can be regained.

To quantify the long-term effects of such screenings, researchers estimated the cost savings associated with a reduction in acute cardiovascular events and the incidence of impotence over 20 years.

Assuming that the screening and subsequent treatment of cardiovascular disease risk factors resulted in a 20 percent reduction in the number of adverse cardiovascular events, an estimated 1.1 million such events could be averted, researchers said. That alone would result in an estimated cost savings of $21.3 billion over 20 years. It also would result in successful treatment of 1.1 million cases of impotence, saving another $9.7 billion over 20 years.

In all, the net cost savings of screening impotent men for cardiovascular disease are estimated at more than $28 billion over 20 years, according to the Baylor researchers.

In the conclusion to their study, which was previewed online in advance of its publication in ¨The Journal of Sexual Medicine,¨ researchers say that such screenings make sense both economically and in the interest of improving public health.

Alexander W. Pastuszak, lead author of the Baylor study, says that all men who are having trouble getting and keeping an erection should visit their personal physicians to be evaluated for underlying cardiovascular disease risk factors. Screening techniques involve blood pressure measurement, blood tests to check for diabetes or elevated cholesterol levels, and exercise tolerance tests.