This Might Be the Best Reason Ever to Exercise

Most men today recognize — either intuitively or from a barrage of positive lifestyle messages — that regular physical activity is better for them than lying around on the couch in their spare time. However, if more of them recognized how beneficial exercise could be for their sex lives, chances are good that greater numbers of men would adopt a more active lifestyle.

Further evidence of the relationship between regular exercise and sexual function comes from a recent study of 295 healthy men selected from a broader study group of risk factors for prostate cancer at the Durham (North Carolina) Veterans Affairs Medical Center. Of the 295 men selected for the exercise study, 202 were white and 93 were black.

The research team was made up of six medical scientists — four from Duke University School of Medicine and two from Cedars-Sinai Medical Center in Los Angeles. While multiple studies have been done on the link between exercise and erectile function, black men have been underrepresented in almost all previous study groups. The aim of the Durham study was ¨to determine whether or not exercise is associated with better erectile as well as sexual function in black men and [to] define a minimum exercise threshold for which better erectile/sexual function is seen in a cross-sectional study.¨ 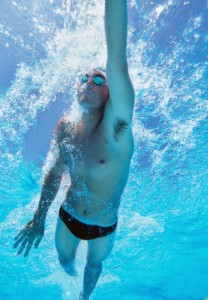 Swimming is considered a strenuous physical activity, as are running and playing basketball or soccer.

Based on the scale used for the Godin Leisure-Time Exercise Questionnaire, strenuous activities such as running, swimming, or playing soccer or basketball are equivalent to 9 METs for each hour spent in these activities each week. Thus, two hours of running would be worth 18 MET hours per week.

To no one’s surprise, men who exercised less generally had lower scores in erectile/sexual function. Among other factors that contribute to lower sexual function, according to researchers, are advancing age, diabetes, past or current smoking, and heart disease.

One Size Doesn’t Fit All

Study co-author Stephen J. Freedland, M.D., sums it up this way: ¨When it comes to exercise, there is no one-size-fits-all approach. However, we are confident that even some degree of exercise, even if less intense, is better than no exercise at all.¨

So if better sex is your goal, six or more hours of light physical activity per week should help you achieve that goal just as readily as two or more hours a week of strenuous activities. The message here is fairly clear. Being physically active on a regular basis can improve erectile/sexual function, while a sedentary lifestyle may eventually result in a decline in erectile/sexual function.

On the racial implications of the Durham study’s findings, senior author Adriana Vidal, Ph.D., says, ¨This study is the first to link the benefits of exercise in relation to improved erectile and sexual function in a racially diverse group of patients.¨

Adopting a regimen of regular physical activity is just one of the healthy lifestyle changes that can help men maintain or even improve their level of erectile/sexual function. An Australian study, published in the May 2014 issue of ¨The Journal of Sexual Medicine,¨ found that in some cases lifestyle changes allow men to reverse erectile dysfunction. 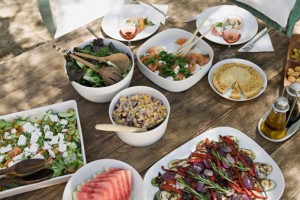 Eating healthy is another lifestyle choice that can help prevent erection problems and in some cases may even reverse symptoms of impotence.

Eating a healthy, balanced diet can help stave off symptoms of sexual dysfunction in men, while a diet high in empty calories and saturated fats is an invitation to erectile dysfunction. An ideal diet should contain plenty of fresh fruits and vegetables, whole grains, and fish, and keep consumption of refined grains and red meats to a minimum.

Closely related to diet in its relevance to erectile/sexual function is the need to maintain a healthy weight. According to EverydayHealth.com, men who have a 42-inch waist are 50 percent more likely to experience symptoms of impotence than men with a 32-inch waist. Being obese or seriously overweight increases the risk of cardiovascular disease and diabetes, both of which are associated with an increased incidence of erection problems.

Getting a good night’s sleep can also help men to maintain normal erectile function, according to EverydayHealth.com. According to a study published in a 2011 issue of ¨Brain Research,¨ sleep loss is associated with a decline in the production of sex hormones. While studies have failed to establish that low levels of testosterone — the primary male sex hormone — directly cause impotence, there is evidence that low T can lead to a loss of libido. And without feelings of sexual desire, men aren’t particularly likely to experience erections.

Smoking sharply increases a man’s risk of erection problems, the vast majority of which are caused by an insufficient flow of blood to the penis. Smoking constricts blood vessels, thus compromising blood flow throughout the body, including blood supply to the penis.

While low to moderate consumption of alcohol may help set the stage for romance, too much alcohol can definitely spoil the party. The central nervous system releases nitric oxide, a key player in the erectile process, and drinking too much alcohol depresses the CNS, resulting in lower output of nitric oxide and the likelihood of erection problems.

While not strictly a lifestyle issue, the drugs you take can sometimes make it more difficult, if not impossible, to achieve an erection. While it would be very unwise to discontinue any medication without first consulting your doctor, it’s possible that an acceptable substitute can be found for any medication that may be causing erection problems. Among the medications that can be problematic for your erectile function are antidepressants, high blood pressure medications, some antihistamines, heart medications, cholesterol drugs, and some hormone drugs.