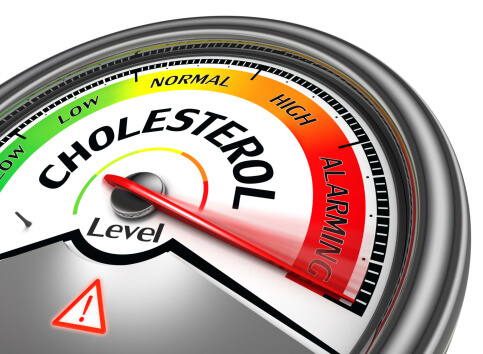 Elevated levels of cholesterol, left untreated, can lead to a buildup of fatty plaques on the inner walls of arteries, impeding the flow of blood to the penis and causing erectile dysfunction. With your doctor’s help, you can fight back against bad cholesterol and improve erectile function and promote your overall health and well-being.

Most people today are aware that elevated cholesterol levels can negatively affect cardiovascular health. The millions in advertising dollars spent by manufacturers of statin drugs have helped to raise public awareness of this critical link.

Perhaps not as well-known is the negative effect that high cholesterol can have on erectile function. All of which brings up the close relationship between cardiovascular health and erection health, which is put more bluntly and succinctly by Cleveland Clinic urologist Drogo K. Montague, M.D., in these terms: ¨What’s good for the heart is good for the penis.¨

And Montague makes an excellent point, because faltering erectile function can serve as an early warning that declines in cardiovascular health may lie ahead. Just as the heart and brain depend upon strong blood flow to deliver the oxygen and nutrients they need to function at optimal levels, so too does erectile function require strong blood flow. Without it, you may be unable to get and keep an erection strong enough for intercourse.

Because the blood vessels that supply the penis are much smaller than those that serve the heart and brain, symptoms of impotence are much more likely to surface before you begin to experience a significant decline in cardiovascular health.

If you heed these early warnings, you can take steps to reverse whatever losses you’re experiencing in erectile function and at the same time hopefully head off a possible heart attack or stroke.

Not All Cholesterol Is Equal

In assessing the threat of cholesterol to your cardiovascular and erection health, one of the first things you should know is that not all cholesterol is equal. In fact, one type of cholesterol justifiably deserves its nickname of ¨good cholesterol.¨

LDL is the so-called bad cholesterol that can cause plaque to build up on artery walls, gradually diminishing the flow of blood the blood vessel can carry. Its name indicates that it is more fat than protein. VLDL is closely related to LDL in that it also is made up of more fat than protein. At the other end of the spectrum, HDL is more protein than fat. Having higher levels of HDL can help to bring down the levels of LDL, thus reducing the danger of atherosclerosis, which is defined as the unhealthy buildup of fats and cholesterol on artery walls.

Yet another form of lipids, or fats, are triglycerides, which are carried in the blood by VLDL. According to WebMD, ¨excess calories, alcohol, or sugar . . . are converted into triglycerides and stored in fat cells throughout your body.¨

Given the threat that excess LDL poses to both your cardiovascular and erectile health, you’re probably wondering right now what you can do to reduce your exposure to these unhealthy lipids.

Your first line of defense against elevated levels of bad cholesterol should come from lifestyle modifications that are relatively easy to make. MayoClinic.com has come up with a list of five lifestyle changes that can reduce bad cholesterol and/or increase good cholesterol:

While these lifestyle changes should help you to reduce the levels of LDL in your body, they may not be sufficient to get your numbers to where they should be. Some people suffer from a hereditary disorder known as familial hypercholesterolemia, which is characterized by abnormally high levels of LDL in the blood. In such cases, medication may be the answer.

Interestingly, a recent review of previous studies on erection problems and statin use found ¨a statistically significant effect of statins on erectile function in men who had both high cholesterol¨ and impotence, according to an article posted at DailyMail.com.

According to the article, John Costis, M.D., lead investigator for the study, reported that ¨the increase in erectile function scores [as measured by the International Index of Erectile Function] with statins was approximately one-third to one-half of what has been reported with drugs like Viagra, Cialis, or Levitra.¨

Yet another family of medications, known as fibric acid derivatives, is quite effective in lowering triglyceride levels and moderately effective in reducing LDL. Drugs in this category include gemfibrozil (Lopid) and fenofibrate (Tricor, Lofibra), which are often prescribed for patients who cannot tolerate niacin.

For men whose underlying medical problems have impaired blood flow to the penis, whether temporarily or permanently, the PDE5 inhibitors such as Viagra and Cialis are the preferred form of treatment. Ordering your ED drugs from a trustworthy online facilitator such as eDrugstore.com can often save you time and money. To learn more, visit eDrugstore’s Erectile Dysfunction page.