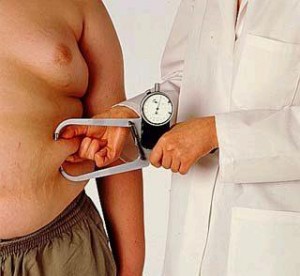 Several studies have shown that men who are obese or seriously overweight are much more likely to experience erection problems than men of normal weight.

In a moment of uncommon candor, a TV presenter for the BBC’s Northern Ireland service revealed to his audience that several months earlier he had been having some problems in the bedroom after gaining weight. In a segment on obesity, BBC host Stephen Nolan also revealed that after losing almost 100 pounds of excess weight, ¨I was like a 20-year-old.¨

According to an account posted at BelfastTelegraph.co.uk, Nolan’s admissions came as part of an on-air discussion with Finnish-born weight loss expert Eva Orsmond, M.D., who is now based in Ireland. Nolan pressed her to explain the relationship between excess weight and erection problems, acknowledging that he had gone from a high weight of 308 pounds down to about 213 pounds, only to regain roughly 70 pounds, and to once again experience erection problems.

Of the impact that regaining the weight had on his love life, Nolan said that ¨you get far fewer erections when you’re fatter than you do when you’re slimmer. Why is that? Can you explain that to me?¨

Blood Is Going to Wrong Places

Dr. Orsmond explained to Nolan that the primary cause of his erection problems now that he’d regained most of his lost weight was ¨because the blood is going to the wrong places. It used to flow in the right places, now it has to go to the other places because you only have one heart, but you are almost carrying two men in that one body.”

After measuring Nolan’s waistline at 51 inches, Dr. Orsmond warned Nolan that this put him into the category of the morbidly obese and almost guaranteed that he would develop type II diabetes unless he dramatically changed his way of living.

Nolan got a bit defensive with the doctor, pointing out that he had neither high blood pressure nor elevated levels of cholesterol. However, she cautioned the 40-year-old TV host that if he kept going the way he was going he probably had only another 20 years to live and would never make it to the age of 78, which is the average life expectancy in the United Kingdom and Ireland.

The heated exchange between Nolan and Dr. Orsmond offers some valuable insights into yet another risk factor for erection problems. Men who are obese or extremely overweight are much more likely to experience impotence than those who maintain a healthy weight. 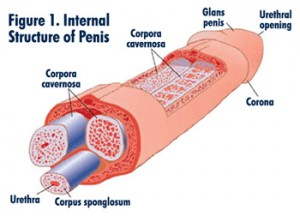 The spongy erectile tissue known as the corpora cavernosa must become engorged with blood before the penis can become erect.

Impotent men who are seriously overweight but otherwise still healthy can often regain full erectile function if they shed those extra pounds by eating a healthy diet and exercising regularly. Convincing evidence of the strong link between obesity and erection problems comes from a handful of studies that have been published over the last decade or so. These studies also offer hope that weight loss and exercise can in many cases help men to resume relatively normal sex lives.

In one large-scale Italian study, published in the Journal of Sexual Medicine, researchers looked at 2,435 men with a mean age of 52 who had sought treatment for erection problems between 2001 and 2007. Of the study participants, 41.5 percent were normal weight, 42.4 percent were overweight, 12.1 percent were obese, and 4 percent were severely obese, according to WebMD.com.

All study participants were subjected to lab blood tests and penile Doppler ultrasound exams to measure penile blood flow. All test subjects were asked to complete a mental health questionnaire and were also interviewed about the specifics of their erection problems.

Among these study participants, the impact of obesity on erectile function was found to be a physiological problem and not related to issues of self-esteem or emotional problems.

Giovanni Corona, M.D., of the University of Florence and his research colleagues found that the degree of obesity among study participants was closely related to decreases in testosterone levels. While low testosterone levels in and of themselves don’t directly affect erectile function, they do play a large role in sex drive. Men who aren’t experiencing much in the way of a sex drive are not likely to be getting erections.

Mario Maggi, M.D., another co-author of the Italian study, said that he hoped that the clear-cut link between obesity and erection problems might help motivate men ¨to improve their health-related lifestyle choices.¨ 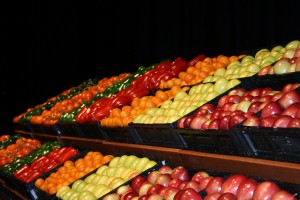 Offering evidence that healthier lifestyle choices can make a difference, a small-scale Australian study found that losing 5 to 10 percent of body weight over a two-month period ¨improved the erectile function — and revved up the sex drives — of obese men with diabetes,¨ according to an article at CNN.com.

Because the study was small, covering only 31 men, further studies must be undertaken to prove conclusively that these early findings are valid. However, these preliminary findings do fall into line with conclusions from earlier studies so they are worth noting.

Kevin Billups, M.D., an associate professor of urology at the University of Minnesota, Minneapolis, told CNN that he hoped the promise of improved erectile function might motivate overweight men who have turned a deaf ear to warnings about diabetes and cardiovascular disease.

Talking about his own practice, Dr. Billups revealed that one of the first things he does when a patient comes to him about erection problems is to ask the patient to stand up and look down at his belly. ¨If you can’t see your penis, that’s a problem.¨

As to the specific cause of poor erectile function among men who are severely overweight, studies indicate that it may be traced to endothelial dysfunction. The endothelium is a thin layer of flat cells that line the inside walls of blood vessels. Under normal circumstances, at a signal from the brain, the endothelium releases nitric oxide, which eventually causes the smooth muscles lining the blood vessels to relax, thus optimizing blood flow to the penis, which is essential to achieve an erection.

For reasons that are not fully clear, the endothelium in men who are severely overweight simply doesn’t function normally, thus making it difficult, if not impossible, to get an erection.

As the Australian study showed, losing just 5 to 10 percent of body weight can make a big difference, allowing a return to normal endothelial function. But that’s not the only benefit that losing weight can have, according to Stephen Josephson, Ph.D., a psychologist at New York-Presbyterian Hospital.

“People need to feel good about themselves [to] overcome performance anxiety and other things in the sex arena, and sometimes it’s as simple as getting into shape,” Josephson says.