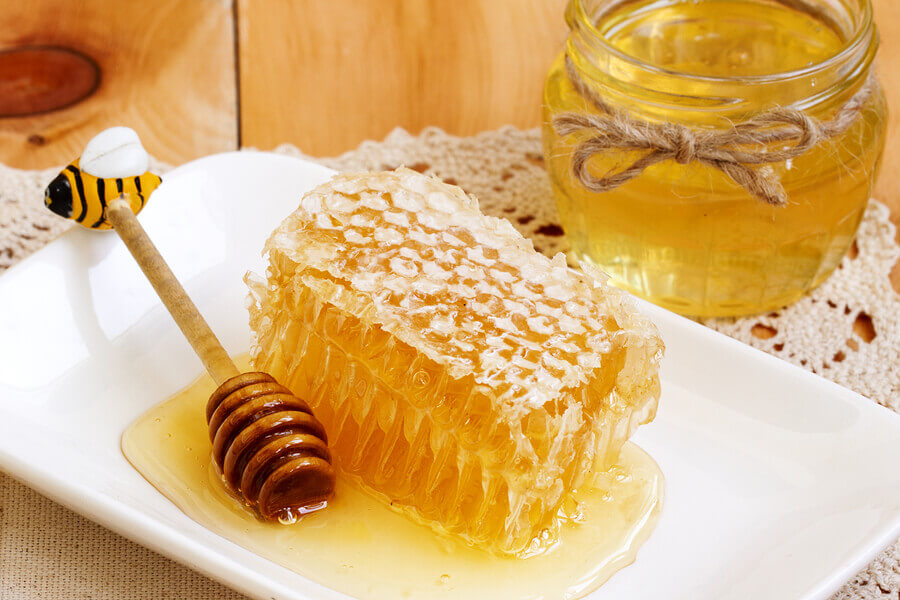 Honey’s reputation as an aphrodisiac that could conceivably help to treat erectile dysfunction doesn’t really have sufficient scientific evidence to back it up. Nevertheless, it remains a delicious and marginally healthy addition to any diet.

Honey’s elevation to the status of “natural Viagra ” appears to have been short and sweet (pun intended). Little scientific evidence has emerged to back up anecdotal reports that honey can overcome the symptoms of erectile dysfunction. That it’s a sweet treat, there can be no doubt, but don’t count on it to cure you of impotence.

Like many herbal remedies that seem to be good for almost anything that ails you, honey has long been a staple in the pharmacopeia of herbal pharmacists. There can be little doubt that this ultra-sweet product of bees has a number of positive health attributes.

What Nutrients Are in Honey?

Honey does contain trace amounts of several vitamins and minerals, although you’d have to consume a great deal of it to get anything resembling the daily recommended daily allowance, or RDA.

One of honey’s primary claims to aphrodisiac-like properties is the presence of boron, a trace mineral, and chrysin, a flavonoid. Both boron and chrysin are purported to help keep blood levels of testosterone stable and to even increase them a bit.

That’s a Lot of Honey

However, here’s the rub, as reported in an article posted at AshevilleBeeCharmer.com. A kilogram — 2.2 pounds — of honey contains a paltry 7.2 mg of boron. To get 3 mg of the mineral, the lowest active daily dose, you’d have to consume nearly half a kilo of the golden nectar. And unless you’re a hungry bear, that’s clearly not going to happen.

A couple of animal studies have looked at the benefits of honey as a protectant against the effects of smoking on sexual activity. The most recent, published in the April 2013 issue of Toxicology and Industrial Health, found that rats fed 1 gram of honey for every kilogram of body weight significantly increased sexual activity among male rats that had been exposed to moderately high levels of cigarette smoke. Cigarette smoking is one of the many causes of ED. It leads to dysfunction of the endothelial lining of arteries, which in turn impedes blood flow.

As far as honey’s purported support of testosterone levels — albeit at unrealistically high levels of consumption — the male sex hormone’s role in erectile dysfunction is an indirect one. Testosterone does help to regulate sexual desire, the absence of which makes the matter of erection moot. However, it is not a direct player in erectile function.

All things considered, you’re probably best off treating your symptoms of ED with one of the popular ED medications known as PDE5 inhibitors. These include Viagra, Cialis, Levitra, Staxyn, and Stendra, as well as generic equivalents of all the brand-name drugs except Stendra, which is not available yet.

If the convenience and privacy of ordering your ED drugs online appeal to you, consider taking your business to eDrugstore.com, a longtime online medical facilitator based in Tempe, Arizona. In business since the late 1990s, eDrugstore deals only in FDA-approved medications.

The prices at eDrugstore cover not just the drugs you’re ordering but a number of time- and money-saving services as well. Shipping and handling are free. And for men who don’t yet have a prescription for an ED drug, eDrugstore’s complimentary online consultation service is a convenient solution.

The consultation service will pair you up online with a physician licensed to practice in your state. Based on the information you exchange with the doctor in an audio and/or video encounter, the physician will decide if you’re an appropriate candidate for an ED drug. If so, a prescription will be authorized and transmitted by eDrugstore to a licensed U.S. pharmacy to be filled. If these services sound appealing to you and you’d like to learn more, pay a visit to eDrugstore’s Erectile Dysfunction page.