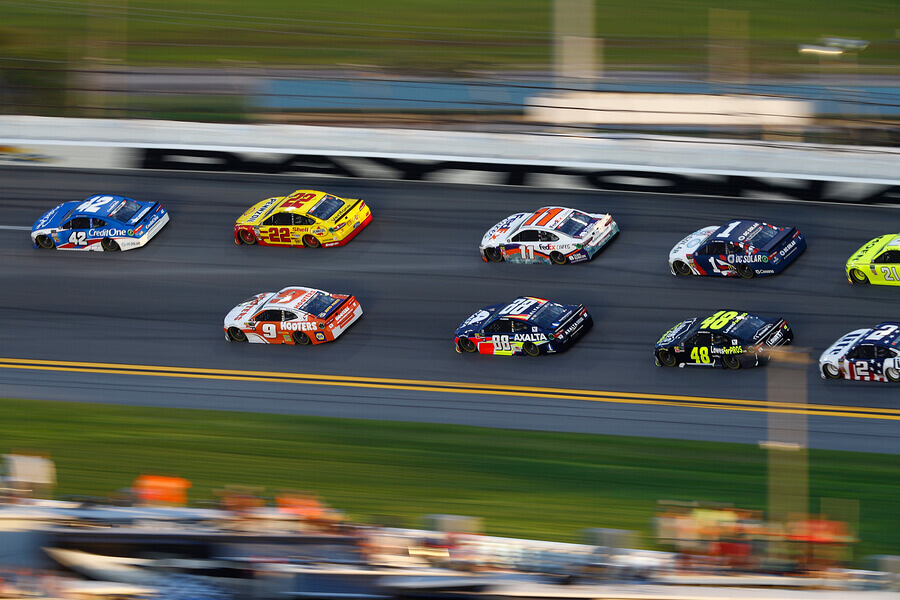 Viagra’s debut as a sponsor for a race car in NASCAR Canada’s Pinty’s Series marks yet another step forward in popular culture’s embrace of the groundbreaking erectile dysfunction drug.

It’s taken Viagra, Pfizer’s iconic erectile dysfunction drug, less than a quarter-century to be elevated by popular culture to an almost generic label for all drugs of its kind. Much in the same way that Coke, Kleenex, and Xerox have achieved similar status.

Now comes word from north of the border that Viagra has become a co-primary sponsor for Alex Tagliani’s number 18 Chevy Camaro, a popular contender in NASCAR’s Pinty’s Series in Canada. Viagra’s co-sponsors on Tagliani’s car are Rona Inc., a chain of Canadian home improvement stores, and St. Hubert, a Quebec-based chain of restaurants specializing in rotisserie chicken.

In early March, Tagliani and a Canadian-based marketing manager for Upjohn, a Pfizer division, introduced Tagliani’s newly redecorated racing car, now sporting a bold Viagra insignia across the upper portion of its hood.

Of his new sponsor, Tagliani said he was extremely proud to have Viagra as one of his car’s main sponsors. According to SpeedwayDigest.com, he told spectators, “Viagra’s participation in our sport is an extension of the brand’s ongoing focus of reflecting the spirit of vitality that’s associated with men being proactive and open about their health and well-being.”

Viagra’s sponsorship of a car in Canada’s Pinty’s Series fits in nicely with the typical demographics of NASCAR fans. Although statistics for NASCAR’s Canadian fans aren’t available, it’s likely that they are similar to those of U.S. NASCAR followers, who are roughly two-thirds male and have an average age of 58. That puts NASCAR fans in an age group that experiences a high incidence of erectile dysfunction and could best benefit from the use of a drug like Viagra.

NASCAR’s Pinty’s Series 2020 schedule kicks off on Sunday, May 17, with a race at Bowmanville, Ontario, roughly 40 miles east of Toronto. It runs through Saturday, September 26, concluding with a race at Jukasa Motor Speedway near Cayuga, Ontario, and roughly 27 miles south of Hamilton, Ontario.

Whether you’re a NASCAR fan or not, Viagra and its generic equivalent, sildenafil citrate, remain the most popular ED drugs in America. According to a CNBC report, data from GoodRx indicates that Viagra and sildenafil accounted for 65 percent of all ED drug prescriptions filled between December 1, 2018, and January 31, 2019. Cialis and its generic alternative, tadalafil, ran a distant second, capturing 30 percent of the ED drug market.

Among men who prefer the convenience and privacy of ordering their drugs online, many have found they can save both time and money by taking their business to eDrugstore.com. A longtime online medical facilitator, eDrugstore is based in Tempe, Arizona.

As a medical facilitator, eDrugstore serves as a middleman in transactions between consumers, physicians, and pharmacies. Its prices include not just the drugs you’re ordering but a bundle of time- and money-saving services as well.

For the benefit of men who don’t yet have a doctor’s prescription, eDrugstore has a telemedicine-enabled consultation service that is free to all customers. Opt for the service and you’ll be matched up with a physician licensed to practice in your state. If the doctor determines that you’re an appropriate candidate for the drug, a prescription will be authorized and sent to a licensed U.S. pharmacy to be filled.

Shipping and handling are free. And with all first-time orders, a complimentary pill-splitter is enclosed. To learn more, pay a visit to eDrugstore’s Erectile Dysfunction page.