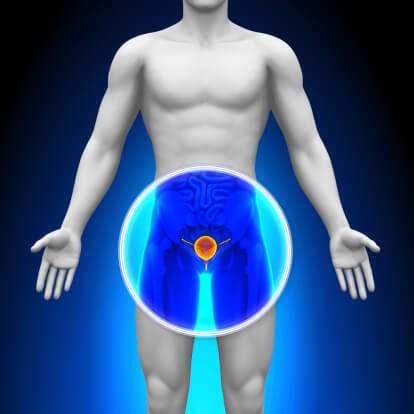 Radical prostatectomy, the surgical removal of the prostate gland and adjacent tissue, is a life-changing — and often life-saving — medical procedure. In the immediate wake of this procedure, which is most often performed to excise cancerous tissue, patients almost certainly will experience some adverse side effects, including erection problems and urinary incontinence.

A research team led by Mikkel Fode, M.D., of Copenhagen’s Herlev Hospital asked more than 200 prostate cancer patients to complete the International Index of Erectile Function questionnaire prior to radical prostatectomy and again 23 months after surgery.

The IIEF questionnaire, also known as IIEF-5, consists of five questions about the respondent’s quality of erectile function and sexual intercourse in the six months prior to completion of the questionnaire. For example, Question #1 asks ¨How do you rate your confidence that you could get and keep an erection?¨ Possible answers include ¨very low¨ with a value of 1 point, ¨low¨ (2 points), ¨moderate” (3 points), ¨high¨ (4 points), and ¨very high¨ (5 points).

The remaining four questions address other aspects of erectile function, and each has a range of possible answers with corresponding point values from 1 to 5. The questionnaire’s total score is the numerical sum of point values assigned to the answers given. The highest possible score would be 25 if the respondent answered each question with the answer assigned the highest number value.

A final IIEF-5 score of less than 7 corresponds to a diagnosis of severe erectile dysfunction, while a score of 8 to 11 is indicative of moderate ED, 12 to 16 indicates mild to moderate ED, 12 to 21 is viewed as mild ED, and 22 to 25 is considered no ED.

To these standard five questions, however, Danish researchers added a sixth question: ¨Is your erectile function as good as before surgery: Yes or no?¨

Roughly two years after their surgeries, in answering the added question only 6.7 percent of patients said that their erectile function was as good as it had been prior to surgery. However, even though less than 7 percent of the patients felt that they had returned to their presurgical levels of erectile function, 23.3 percent had identical IIEF-5 scores (on the five standard questions) both prior to surgery and two years later.

The disparity between pre- and postsurgical erectile function, even in the face of IIEF-5 scores that may not fully reflect that difference, indicates that the IIEF-5 questionnaire may not be the best vehicle for assessing erectile function in prostate cancer patients.

Their decision to add that sixth question clearly indicates that Danish researchers recognized IIEF-5’s shortcomings as a valid yardstick to measure changes experienced by patients who have undergone a radical prostatectomy.

Results of the Danish study were presented in March at the 2015 Congress of the European Association of Urology in Madrid. In making the presentation, Dr. Fode acknowledged that ¨the occurrence of sexual dysfunction after prostate cancer surgery is well known, but our method of evaluating it is new. What this work shows is that having an erection as good as before surgery is a rare event, with the vast majority of men, more than 93 percent in our sample, experiencing some sexual problems after prostate cancer surgery.¨

Dr. Fode went on to say, ¨Fundamentally, we may have been asking patients the wrong question, but of course we really need bigger trials to confirm this. We think that this work gives a more realistic idea of the problems¨ that most men experience after prostate surgery.

Postsurgical erection problems arise because the surgery to remove the prostate often damages adjacent nerves that control a man’s ability to have an erection. While erectile function may improve over time, it appears that the likelihood of its return to presurgical levels is far more remote than most doctors previously believed.

After careful analysis of all the data collected in their study, Danish researchers said that the only significant predictors of a return to postsurgical levels of erectile function are the absence of cardiovascular disease and selecting the option of bilateral nerve-sparing surgery.

Providing prospective patients with a more accurate picture of the adverse side effects of prostatectomy is valuable, because it allows them to make a better informed decision about whether to proceed with this form of treatment.

Urologist Francesco Montorsi, M.D., editor emeritus of ¨European Urology,¨ points out that ¨maintaining the ability to have an erection after an operation is increasingly important to men facing surgery,¨ particularly as the average age of patients facing such surgery is decreasing. Acknowledging that the Danish study is the first of its kind, Dr. Montorsi said ¨we need to confirm the findings but above all to learn from problems which can face patients after prostate cancer operations. We need to look more closely at nerve-sparing techniques and ensure that good post-operative care is available for each patient.¨

In an article written for ¨Research and Reports in Urology,¨ first published online in February 2015, a team of cancer surgeons from St. Mary’s Hospital in London, noted that ¨there is little consensus on the optimal management¨ of erection problems following radical prostatectomy.

Noting that the use of PDE5-inhibiting drugs, such as Viagra and Cialis, is usually the first-line therapy, the article’s authors reported that these medications are sometimes supplemented with vacuum erection devices and intraurethral suppositories of alprostadil. For patients who fail to respond positively to any of these therapies, injections of alprostadil into the spongy erectile tissue of the penis may be tried. If all of the foregoing treatments fail, patients may be forced to undergo ¨highly invasive¨ implantation of penile prostheses.

The article’s authors decry the absence of any ¨uniform, objective treatment program¨ for the erection problems that inevitably follow radical prostatectomy. They go on to say that such management plans, as do exist, ¨are based on poorly conducted and often underpowered studies in combination with physician and patient preferences. They involve the aforementioned drugs and treatment methods in different sequences and doses.¨

In the conclusion to their article, the London-based cancer surgeons emphasize the importance of beginning the rehabilitative process as soon as possible, suggesting that it begin ¨as early as catheter removal or during the first month¨ after surgery. They suggest that for patients who have undergone nerve-sparing radical prostatectomy, on-demand PDE5 inhibitors ¨may prove useful.¨

While the rationale for treatment of prostate surgery patients with PDE5 inhibitors may seem reasonable, the article’s authors recommend further study to determine how to optimize post-surgical outcomes for all patients. ¨This includes deciding when to start, the dosage regimen prescribed, total period of treatment, suitability of patients, and which drug is best to use. Although numerous animal studies have suggested that PDE5 inhibitors can prevent¨ smooth muscle damage, ¨this is yet to be established in human trials.¨

In an article that appeared in a 2010 issue of ¨Urologic Nursing,¨ Jeffrey A. Alpaugh, Ph.D., a certified urological clinical nurse specialist, also emphasizes the importance of early rehabilitative treatment after radical prostatectomy. He notes that failure to begin such treatment promptly has led to cases of penile atrophy and further decline in erectile function.

Albaugh argues that ¨it is critically important that clinicians provide comprehensive information about the positive and negative aspects of all treatment options and the penile rehabilitation potential of each. This will enable patients to make informed treatment choices about early intervention¨ to restore erectile function.