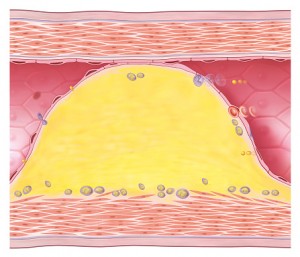 Atherosclerosis, the buildup of plaque on the walls of your arteries, can cause erection problems and, left untreated, could eventually lead to a heart attack or stroke.

The natural male reticence to seek professional help for physical ailments has contributed to the image of men as the strong, silent type, able to handle things on their own with no outside help, thank you very much. However, it can be a fairly dangerous way to live your life.

Take for example the relatively common complaint of erection problems, said to affect up to 40 percent of men over the age of 40, at least to some degree. And symptoms of impotence are not confined to those over 40 by any stretch of the imagination. Although the incidence of erection problems is lower among younger men, many men under 40 do experience problems as well.

Among older men, it’s all too easy to write off difficulties in getting and keeping an erection as part of the aging process and thus something that must be lived with. Nothing could be further from the truth. Impotence is not an inevitable consequence of aging, and medical professionals can almost always offer treatment that will allow you to recover normal erectile function, either permanently or temporarily with the help of drugs.

However, it’s important to recognize that erection problems, no matter how slight, may signal even more serious underlying health problems that will only get worse if you fail to seek medical help promptly.

Erection problems can almost always be traced to one of two basic causes: physiological or psychological. In most cases, these underlying causes of impotence symptoms can be treated, allowing you to resume a fairly normal sex life and avoid other unpleasant consequences that could follow if you fail to seek professional care promptly.

Although erection problems can have their roots in physiological or psychological causes, the vast majority of impotence can be traced to compromised blood flow to the penis. And failure to do something about this underlying problem can eventually lead to a host of other physical ills, such as heart attacks and strokes, which also can occur when blood flow to the heart or brain is interrupted.

Learning a bit about the mental and physical responses involved in the erectile process makes it easier to understand why it’s important to seek professional help when things down there stop working as they should. 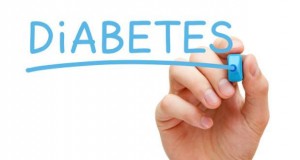 Diabetes, often undiagnosed, is responsible for erection problems in many men.

While the penis is obviously central to erectile function, it is not the originator of the erection process, which usually begins with some form of stimulation. Such stimulation can come in the form of sight, smell, thought, or touch. No matter what form the stimulation may take, it is quickly detected by a portion of the brain’s hypothalamus known as the paraventricular nucleus, which in turn begins sending signals down the spinal cord to nerves in the penis.

Once alerted by the paraventricular nucleus to the unmistakable signs of sexual stimulation, the nervous system kicks into action by releasing a flood of nitric oxide to the pelvic region. This sets off still other secondary chemical reactions, one of which produces a chemical compound known as cyclic guanosine monophosphate, or cGMP.

In response to the increased presence of cGMP, the smooth muscles lining the arteries that supply the penis relax, allowing increased blood flow into the spongy erectile tissues of the penis known as the corpora cavernosa. Completing the erectile process, the tunica sheath around the penis tightens, temporarily cutting off the veins that carry blood away from the penis. This temporarily keeps the fresh flow of blood into the corpora cavernosa in place, creating an erection.

Anything that disrupts this process can result in a failed erection or one that doesn’t last long enough to allow completion of sexual activity. It also may very well indicate the likelihood of other, related physical or psychological problems.

If, for example, you no longer experience strong feelings of sexual desire, there almost always is a psychological or physiological problem that’s to blame. While testosterone, the primary male sex hormone, doesn’t play a direct role in the erectile process, it does affect the male sex drive. If your doctor finds that you’re suffering from a testosterone deficiency, he can prescribe supplements that will help set things right and hopefully fire up your libido once again.

Also, your sex drive may disappear if you’re depressed or under some form of psychological pressure. Seeing a psychologist or psychiatrist can help get you back in the game. Doing nothing ensures that things won’t get better and might well get worse.

As previously noted, diminished blood flow to the penis can sabotage erectile function, but it can also be a sign that you’re headed for even more serious health problems. Because the arteries that supply the penis are much smaller than those that feed the brain and heart, the first signs of serious vascular problems quite often surface in the form of impotence symptoms. Left untreated, the erection problems will almost certainly get worse, perhaps leading to a full-blown case of impotence. 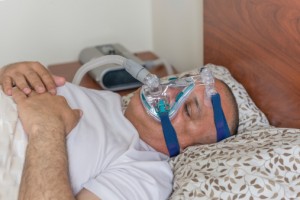 However, the same vascular problems that disrupt blood flow to your penis very likely will continue to worsen and may eventually lead to a heart attack or stroke if you fail to seek treatment. On the other hand, consulting a doctor promptly about your erection problems could not only salvage your love life but perhaps save your life in the long run.

Caught early enough, erection problems caused by compromised blood flow to the penis can often be reversed through lifestyle changes. If you decide your erectile function and overall health are important enough, you can improve both by eating a healthy diet, getting more active, stopping smoking, and keeping your alcohol consumption to moderate levels.

It Could Be Diabetes

Another underlying health problem closely related to erection problems is diabetes, which negatively affects blood flow and nerve function, both of which are key to healthy erectile function. If you’re experiencing increasing difficulties in getting and keeping an erection, seeing your doctor may lead to tests revealing that you are among the millions of Americans with undiagnosed diabetes.

In its ¨National Diabetes Statistics Report, 2014,¨ the American Diabetes Association estimates that 29.1 million Americans, 9.3 percent of the population, have diabetes. Of those 29.1 million, the ADA says just over 8 million are undiagnosed. Until it’s diagnosed, diabetes cannot be properly treated, and it’s worth noting that diabetes was seventh on the list of leading causes of death in 2014, according to the Centers for Disease Control and Prevention.

Seeking medical attention for erection problems might also reveal that you’re suffering from obstructive sleep apnea, or OSA. This is a potentially serious sleep disorder in which breathing repeatedly stops and starts during sleep. Once diagnosed, OSA can be treated with CPAP (continuous positive airway pressure) therapy, which involves wearing the use of a devise to ensure that your respiratory function is maintained as you sleep.

Whatever the cause of your particular erection problems, you’ll be far better served to find out now rather than later. The sooner any underlying health problems are diagnosed, the sooner they can be treated, heading off more serious illness.