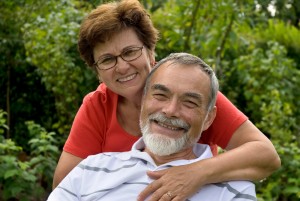 In the years since 1998, when the first new impotence medication was introduced, public discourse about erectile dysfunction has increased significantly and in the process some of the many misconceptions about ED have been corrected. Nevertheless, some myths about this relatively common form of male sexual dysfunction persist.

In the hope of banishing some of these persistent misconceptions about impotence, here are some of those continuing myths and the truth behind them.

Impotence Is an Inevitable Part of Aging: The millions of older men who continue to enjoy full and fulfilling sex lives are the most obvious evidence that erectile dysfunction and aging are not inextricably linked.

While it is undeniable that the incidence of impotence increases with age, that is linked not so much to the aging process itself as to the greater likelihood that older men have developed physical conditions that interfere with normal erectile function.

Eating a healthy diet, not smoking, regular exercise, and moderation in alcohol and salt consumption are all measures that can help to avoid conditions such as high blood pressure, atherosclerosis, and diabetes. And all of those medical conditions contribute to the development of erectile dysfunction, so avoiding them is of paramount importance. 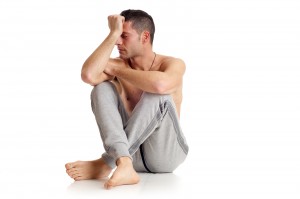 While most ED is caused by physiological factors, most notably compromised blood flow, somewhere between 10 and 20 percent of all impotence is said to be psychological in origin.

Once ED Begins, Nothing Can Be Done: This widely held belief could not be further from the truth. In fact, young men who begin to experience early signs of erection problems can often return to normal erectile function by trading in risky behaviors for those that promote optimal vascular health.

It also should be noted that erection problems can also be caused by certain medications and hormonal imbalances, which may be much more readily corrected than serious underlying medical conditions, such as those cited earlier.

In the case of medications that interfere with normal erectile function, your doctor may be able to prescribe alternative drugs that have little or no adverse effect on erectile function. Likewise, some hormonal imbalances may be an indirect cause of impotence but can be corrected with hormone replacement therapy or other forms of treatment.

Most Impotence Is Psychological in Origin: Thankfully, this long-held misconception is slowly fading away, but there are still some who believe that most erection problems can be traced to psychological causes. In fact, many medical professionals subscribed to this theory in the days before clinical studies proved that the primary cause of impotence is physiological.

Although it has been demonstrated that psychological issues are not the primary cause of ED, it is estimated that they do account for 10 to 20 percent of all cases of impotence. Unlike physiologically caused ED, impotence that is caused by depression, anxiety, stress, or relationship concerns rarely responds well to treatment with popular ED medications, such as Viagra and Cialis. Those who are suffering from impotence that is psychological in origin should seek professional help to overcome these underlying problems. For some, counseling is sufficient to treat the problem, while others may need to be treated with antidepressant medications to resolve the problem. Some antidepressants make it more difficult to get and keep an erection, so you will have to work closely with your doctor to find one that gets at the root of your problem without interfering with erectile function.

ED Is Upsetting But of Little Consequence to Your Overall Health: As explained earlier, the vast majority of erectile dysfunction cases is attributable to underlying physical conditions or ailments. And the common thread connecting all these conditions is decreased blood flow, which in time adversely affects all organs in the body.>

Because the arteries supplying the male genitals are smaller than those that carry oxygen-rich blood to the brain and heart, erectile dysfunction is likely to appear first. If properly heeded, this early-warning sign of vascular distress can help you and your doctor to take steps to remedy the matter and head off much more serious health consequences, such as a heart attack or stroke.

Low Testosterone Is a Major Cause of ED: Testosterone, the primary male sex hormone, plays an undeniable role in the sex lives of men, having its biggest effect on sex drive or libido. Blood levels of the hormone normally decline with age, but rarely is this drop significant enough to cause erection problems. Hormonal problems account for a relatively tiny percentage of all ED cases, but within this overall category, hypogonadism, or low testosterone levels, is the largest single cause. According to a landmark study, published in the Spring 2000 issue of “Reviews in Urology,” if hypogonadism is diagnosed, treatment with hormone replacement therapy is usually sufficient to resolve the problem. 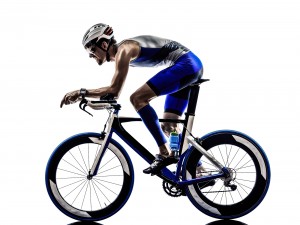 A large-scale U.K. study found there was no link between increased bicycling and an elevated risk of ED.

Bicycling Leads to Erectile Dysfunction: To the immense relief of millions of men who are cycling enthusiasts, a large-scale British study found no direct link between cycling and erectile dysfunction. Researchers at the United Kingdom’s University College London conducted a cross-sectional population study of 5,282 male cyclists during 2012 and 2013. They were looking for any evidence that heavy cycling routines were linked with an increased incidence of erectile dysfunction, infertility, or prostate cancer.

Their completed study, published in the July 2014 issue of the “Journal of Men’s Health,” found no evidence of an association between cycling time and erectile dysfunction or infertility. However, the study did reveal a positive association between increased cycling time and prostate cancer that the researchers said “warrants further investigation.”

Impotence Drugs Can Reverse ED Symptoms: The 1998 introduction of Viagra, the first new drug to treat impotence, has dramatically transformed the treatment of erectile dysfunction. However, neither Viagra nor any of the other closely related PDE5 inhibitors, such as Cialis, Levitra, Staxyn, or Stendra, works for all men with impotence. As previously noted, these drugs are of little to no use for those whose ED is psychological in origin. Even among those men whose impotence is caused by compromised blood flow to the penis, Viagra and the others are not 100 percent effective. Generally speaking, clinical tests have shown that these drugs work for roughly two-thirds of all men. Sometimes, one drug works in a man who has had little or no success using another drug. For some men, none of the PDE5 inhibitors works. However, alternatives are available, and you should discuss them with medical professionals until you find a satisfactory solution.