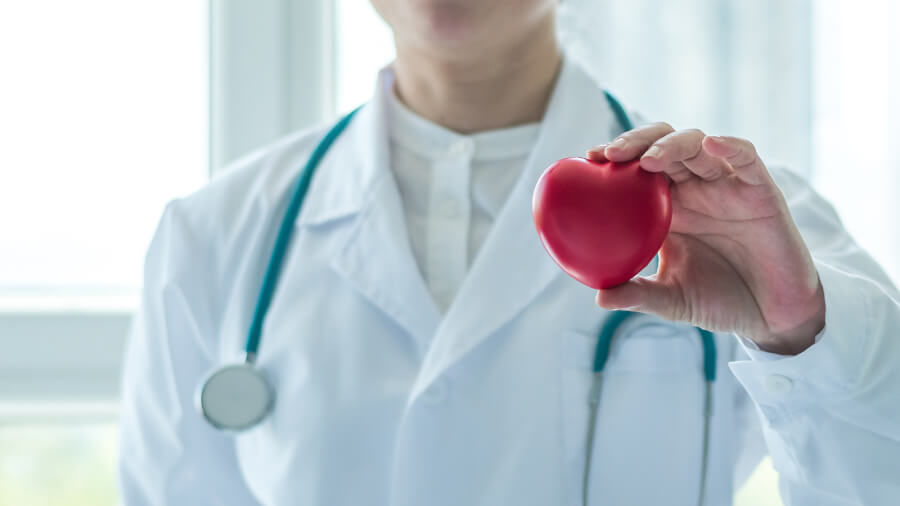 Getting prompt treatment for your symptoms of erectile dysfunction might very well help you to avoid more serious cardiovascular episodes in the future. As your doctor will likely tell you, what’s good for your penis is also good for your heart.

Erectile dysfunction affects far more than a man’s sex organs. Doctors and other researchers have learned an incredible amount of useful information since prescription drugs for erectile dysfunction arrived on the market in the late 20th and early 21st centuries. And one of the most important things doctors and society as a whole have learned is that erectile dysfunction isn’t usually psychological. In fact for most men, it’s a simple matter of blood flow and hydraulics, and that’s why drugs like Viagra have been so monumentally successful.

Recent research published in the Journal of the American College of Cardiology found that, despite what television dramas may depict, sexual activity rarely triggers heart attack. This is great news for men who have already had a heart attack and are afraid to try sexual activity again. The data, collected on over 500 men over a period of 10 years, shows that sexual activity is very unlikely to trigger another cardiac event, and furthermore, sex could count as mild aerobic exercise, which is good for the heart.

According to researchers, sex is about as much exertion as a vigorous walk or climbing up two flights of stairs. Perhaps the biggest problem for heart patients is that many of the medications used to treat cardiovascular disease can increase the chances of erectile dysfunction. However, open dialog between doctors and patients about quality of life and the safety of using erectile dysfunction medications is essential for men to maximize quality of life after a heart attack. While men who take nitrates can’t take erectile dysfunction drugs because of the risk of dangerous side effects, many other men with heart disease can safely take ED drugs.

Erectile dysfunction drugs work by allowing the smooth muscle tissue in the lining of blood vessels to relax, thus expanding blood vessels to carry the increased flow of blood needed to achieve and sustain erection. Doctors are starting to see erectile dysfunction in younger men as a sort of “canary in a coal mine” situation, indicating the possibility of heart disease that isn’t advanced enough to cause obvious symptoms.

Erectile dysfunction is only one indicator of possible heart disease in younger men. Diabetes and obesity are two others. The more of these risk factors a man has, the higher his likelihood of having heart disease. While your doctor wants you to have a good quality of life, which for most men includes enjoying sexual activity, he or she wants to make sure your heart is healthy first and foremost. The good news is, improving the conditions that worsen heart disease (i.e. losing excess weight and getting blood glucose levels under tight control) not only helps your heart, it also helps your penis. Positive lifestyle changes alone can help with erectile dysfunction, and they can help medications for erectile dysfunction work better, too.

Healing the Heart with a Healthier Diet

Your doctor may recommend certain medications if you are found to have heart disease, but there is a lot you can do yourself: exercise more, consume a healthier diet, and quit smoking. The so-called Mediterranean diet (like a traditional Greek diet) is associated with lower risk of cardiovascular events, and researchers recently investigated the Mediterranean diet specifically in men with erectile dysfunction.

The Mediterranean diet emphasizes fruits, vegetables, nuts, legumes, olive oil, fish, and whole grains. Dairy products, meats, and poultry are considered more as treats than as dietary staples. Moderate consumption of wine with meals helps too, by safely thinning the blood and providing an antioxidant called resveratrol. Researchers found that men with erectile dysfunction who did not follow a Mediterranean diet had higher risk of vascular and cardiac damage than those who did.

It Pays to Get Your ED Treated

If you have symptoms of erectile dysfunction, here’s another reason to get it checked out: it could save the U.S. healthcare system tens of billions of dollars. A study published in The Journal of Sexual Medicine found that if every man with erectile dysfunction were screened for heart disease, over a million cardiovascular events (like heart attack or stroke) could be avoided over the course of 20 years. This could save more than $21 billion in health care spending.

And simply treating erectile dysfunction could result in even more savings – an estimated $28 billion due to prevention of cardiac events. The risk of both erectile dysfunction and heart disease rises along with incidence of high cholesterol, diabetes, obesity, and high blood pressure, so men with erection problems have every reason to get it evaluated, particularly if they’re under age 40.

There’s no question that the introduction of the class of drugs known as PDE5 inhibitors (which includes Viagra, Levitra, and Cialis) has changed the national dialog about erectile dysfunction and helped kill taboos surrounding the subject. But there’s no denying that erectile dysfunction can have an effect on masculine identity, even when men know it’s due to circulation issues and not some personal flaw.

Artist Mark Storor has written a stage play about erectile dysfunction titled The Barometer of My Heart, which recently ran in London. Says Storor, “Men can talk about anything, and when they do, they are eloquent, articulate, and heartfelt. The problem in my opinion is that we don’t always ask the right questions and that the space for men to talk freely about the emotional landscape they inhabit doesn’t really exist.”

The play, which explores masculine identity and its relationship with sexual potency, was written after the playwright attended 64 consultations with men attending erectile dysfunction clinics at St. George’s Hospital at the University of London. Society has made progress dealing with masculinity and erectile dysfunction, but there’s still a ways to go.

The moral to all these stories is that if you’re experiencing erectile dysfunction, your heart could be suffering, both figuratively and literally. There’s every reason to get medical help for erectile dysfunction, because today there are more and better treatment options available. And by addressing erection problems, you could be working toward a healthier future for your cardiovascular system as well.

If it turns out that you’re suffering from the early symptoms of ED caused by insufficient blood flow to the penis, the good news is that help is readily available. Your doctor can prescribe Viagra or one of the other PDE5 inhibitors that will help preserve erectile function and your love life. That prescription can be filled at the local pharmacy or used instead to order the medication from a longtime online facilitator such as eDrugstore.com. Based in Tempe, Arizona, eDrugstore stocks a full range of ED medications, including both brand-name and generic products. To learn more, visit its Erectile Dysfunction page.