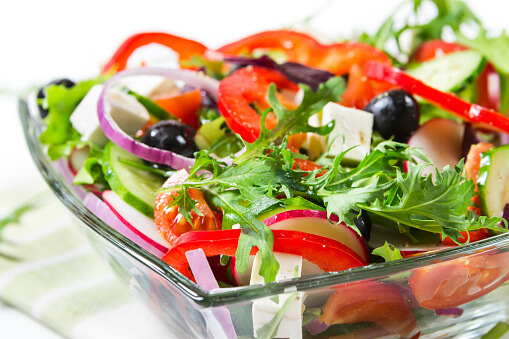 If you want to maintain a firm, long-lasting erection or strengthen one that’s become less than stellar over time, you’ll be happy to learn that there are some commonsense steps you can take to get the job done.

And when it comes to erectile function, it’s important to remember that what happens — or doesn’t — down there is most often a reflection of your overall health. If you don’t take care of your body, it will eventually begin to break down.

The erectile function is a complex process that involves not just your genitals but also your central and peripheral nervous systems, your vascular system, and hormonal balance, as well as psychological factors. If any one of these systems breaks down, it could make it difficult, if not impossible, for you to achieve an erection that’s strong and long-lasting enough for sexual intercourse.

Eating a healthy diet is essential to strong erectile function. While the occasional fast-food splurge is fine, you should take pains to ensure that such departures from healthy eating are truly occasional.

It is now widely recognized that insufficient blood flow to the penis is the single biggest cause of impotence. This means that eating foods high in saturated fats and cholesterol is incompatible with good erection health. Such foods contribute to atherosclerosis, a condition in which plaque builds up on the walls of arteries and interferes with vascular function.

So what constitutes a healthy diet? There are probably scores of healthy dietary regimens that would fill the bill, but most of them have several things in common. Such diets generally go heavy on fresh fruits and vegetables, opt for whole grains over refined grain products, minimize red meat consumption, and avoid empty calories. For Americans, one of the biggest sources of empty calories is the super-sweet soft drink laden with high-fructose corn syrup or other highly refined sugar products.

If you’re looking for a model diet for optimal erectile function, you can’t go wrong with the so-called Mediterranean diet, an eating plan based on the traditional diet of people living in the Mediterranean basin. WebMD.com reports that several studies have shown that erection problems are extremely rare among men who eat a traditional Mediterranean diet, which favors fish over red meat and olive oil over other less healthy fats, as well as plenty of fruits, vegetables, and nuts.

Irwin Goldstein, M.D., director of sexual medicine at San Diego’s Alvarado Hospital, tells WebMD that ¨the link between the Mediterranean diet and improved sexual function has been scientifically established.¨

Unless you spend a lot of time outdoors, chances are you may be a little bit short on vitamin D, the so-called sunshine vitamin. According to an article posted at WomensHealthMag.com, a recent Italian research study found that a vitamin D deficiency can increase the risk of erection problems.

The study looked at vitamin D levels in 143 men with varying degrees of impotence and found that nearly half of them were deficient in the vitamin and only 20 percent of them had optimal levels of the nutrient. If you spend the bulk of your time indoors, you might want to supplement your diet with vitamin D.

Men who are obese or extremely overweight are far more likely to have erection problems than men of normal weight. If you are eating a healthy diet, it will certainly go a long way toward keeping your weight within normal parameters, but if you’ve been guilty in the past of overeating or eating a fast-food diet, you may need to take extra measures to shed those excess pounds.

According to an article at EverydayHealth.com, the effects of weight gain on erectile function are twofold. First, being obese or significantly overweight sharply increases your risk of cardiovascular problems, which as we’ve already seen can lead to erection problems. Second, men who are obese or overweight are often deficient in testosterone, the primary male sex hormone. While testosterone doesn’t play a direct role in erectile function, it does affect your sex drive. If you have a low sex drive, you’re not likely to be having many erections anyway.

Apart from the obvious benefits of regular physical activity, benefits that most of us recognize intuitively even if we try to ignore the message, a recent study shows that men’s erectile function improves if they incorporate a regular exercise regimen into their daily routines. Better yet, for those who don’t feel up to undertaking a strenuous exercise routine, the study showed benefits for those who opted for light or moderate exercise as long as they increased the hours of exercise accordingly.

The study, published in a 2015 issue of the ¨Journal of Sexual Medicine,¨ found that men experienced similar levels of improved sexual function after six hours of light exercise, 3.5 hours of moderate exercise, or two hours of strenuous exercise. Activities classified as strenuous include swimming, running, or playing basketball or soccer. Dancing, fast walking, baseball, and tennis qualify as moderate activities, while bowling, easy walking, golf, and yoga fall into the category of light physical activities.

It should go without saying that smoking is so hazardous to your overall health that it is antithetical to optimal erectile function. Unfortunately, the grip of nicotine can be so great that this message often gets ignored. However, a study conducted at the University of Texas makes clear that the nicotine from just an occasional cigarette can negatively affect erectile function. Researchers assembled a study group of 28 sexually functional heterosexual men, each of whom had had no more than 100 direct exposures to nicotine.

Go Easy on the Alcohol

While low to moderate alcohol consumption can actually help to set the stage for romance, drinking too much can ruin the party. For men, low to moderate translates to no more than one or two alcoholic beverages in a day. Although it’s hardly mandatory, the erection-friendly Mediterranean diet does allow, if not encourage, an occasional glass of red wine. For those who can limit themselves to one or two drinks, go ahead and enjoy.