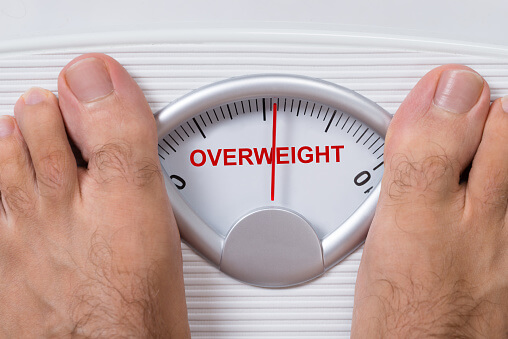 As unwelcome as the symptoms of impotence may be, for some men they can turn out to be a blessing in disguise. The close relationship between erection problems and a host of other physical ailments, many of them more serious than impotence, means that problems getting and/or keeping an erection may signal the likelihood of even more serious health problems ahead.

In a recent interview with the Huffington Post, Kevin L. Billups, M.D., director of the Integrative Men’s Health Program at Johns Hopkins’ Brady Urological Institute, said that impotence is one of the few health problems for which men are more likely to seek medical attention.

Because men otherwise tend to be far less proactive about health concerns than women, Dr. Billups said he takes advantage of his appointments with men worried about impotence to open their eyes to other health problems that may be related. He told the Huffington Post that his whole medical practice ¨is based on using sexual dysfunction as an early clinical indicator of increased risk of chronic disease.¨

¨Canary in the Coal Mine¨

Impotence serves as ¨the canary in the coal mine; it’s a barometer of health that not only men but their partners can notice too.¨

For most patients presenting with concerns about faltering erectile function, Dr. Billups says he routinely screens them for blood sugar levels, cholesterol levels, blood pressure, and sleep apnea. Such screenings often alert the doctor to a host of other underlying health issues that, left untreated, can lead to more serious illnesses, such as diabetes type 2, a heart attack, or a stroke.

Dr. Billups was part of a research team that conducted a lengthy study that found men with multiple detectable subclinical vascular abnormalities are more likely to develop erection problems than men who don’t have early-stage vascular disease.

A Window into Overall Health

In presenting the findings of that study to the American Heart Association’s Scientific Sessions in November 2014, its lead author, David I. Feldman, noted that ¨erectile function can be a window into men’s cardiovascular and overall health.¨ He added that erection problems ¨and cardiovascular disease commonly coexist.¨

The findings of that study were very similar to those reached in a review published in the May 2014 issue of ¨European Urology.¨ The purpose of the review was to identify, if possible, which patients complaining of erection problems might benefit the most from cardiologic assessment. Participants in the review process conducted a systematic review of relevant scientific literature published between January 2005 and May 2013.

Of his professional experience in treating men with erection problems, Dr. Billups told the Huffington Post that for 90 percent of such patients he first recommends lifestyle changes in order to get the erectile function back to something approaching normal. ¨Even if I initially put them on a pill to get things going again, I tell them that if they ignore all this other [lifestyle] stuff, the pill is going to stop working, and we’re going to have to go to more aggressive management, like penile injections or surgery for implants.¨

Erection problems can arise from a number of causes, although the most common cause by far is impaired blood flow to the penis, which needs strong, uninterrupted blood flow to achieve and maintain an erection long enough for sexual intercourse.

Because the blood vessels supplying the penis are far smaller than those that supply the heart or brain, symptoms of impotence are far more likely to show up before such serious cardiovascular episodes as a heart attack or stroke. And while no man wants to have problems with his erectile function, most would probably agree that it can be a lifesaver if such problems serve as a wake-up call to far more serious health problems that may lie ahead.

Most erection problems can be traced to physiological causes, such as atherosclerosis, a buildup of plaque on the walls of arteries that is also a culprit in cardiovascular disease. However, it is estimated that 10 to 20 percent of all impotence is psychological in origin. For those men who value their sex lives, the desire to preserve erectile function can be a major motivating factor in seeking psychiatric counseling to get to the root of the problems causing impotence.

While the common link between impotence and cardiovascular disease is impaired blood flow, the relationship between diabetes and erection problems is somewhat more complex. Over time, diabetes may result in damage not only to vascular health, but it also can cause impairments in nerve and muscle function, which have a bearing on erectile function as well.

Dr. Billups’ recommendation of lifestyle changes to men who are having problems getting and keeping an erection covers a wide array of potential health hazards that can be avoided by making healthier lifestyle decisions. Such healthy lifestyle choices may help restore erectile function to something approaching normalcy while also helping to prevent a host of other unwelcome medical conditions.

Men who are obese or seriously overweight have a far higher incidence of impotence than men who maintain a healthy weight. An Australian study, published in a 2011 issue of the ¨Journal of Sexual Medicine¨ found that obese men with diabetes who lost 5 to 10 percent of their total body weight over a two-month period not only improved their erectile function but revved up their sex drive as well.

Although the study was small, including just 31 men, its findings serve as yet another reminder of the close link between obesity and erection problems. Being overweight puts an extremely heavy demand on the body’s circulatory system, since blood must be carried over a far larger network of blood vessels to serve all of the body’s vital organs and tissues.

For still other men, erection problems may indicate an elevated risk of obstructive sleep apnea, or OSA, which can be successfully treated with continuous positive air pressure (CPAP) therapy. CPAP devices are usually worn during sleeping hours, ensuring that the patient can breathe easily throughout the night.

A study conducted at New York’s Mount Sinai Medical Center found that patients with erection problems were more than twice as likely to suffer from OSA as their normal counterparts. The good news for those suffering from both impotence and OSA is that treatment for the latter appears to great improve erectile function.