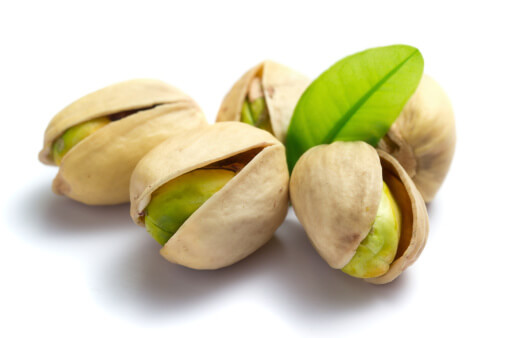 The ED Protocol, a detailed guide to improving male sexual function, could offer some men with erection problems yet another way to resume relatively normal sex lives. Unlike the popular impotence medications, such as Viagra, Cialis, and Levitra, the ED Protocol is instead a lifestyle-modification program that promises to restore erectile function through better overall nutrition and the inclusion of certain key nutrients in your diet.

Jason Long, author of the ED Protocol guide, is a layman with no real background in medicine or health care, who was driven to search for medication-free solutions after suffering from impotence for several years. His biggest motivation to find a cure for his problem came after he accidentally overheard a conversation between his wife and a friend of hers.

The wife told her friend that she was fearful that her husband’s inability to get an erection meant that he was no longer attracted to her, making her feel ¨ugly and unwanted.¨ She also considered the possibility that ¨maybe it’s not me. He’s getting older. I think part of it is that he’s just not the man he used to be. I guess it’s something I need to deal with; that I’ll be sexually frustrated and unfulfilled for the rest of my life.¨

This eavesdropped conversation brought home to Long the realization that his physical problem in the bedroom was not only humiliating and frustrating to him but also a source of considerable pain and unhappiness to his wife. He resolved to find a way to regain erectile function so that he and his wife could resume a normal love life.

The result of his research efforts are detailed in his ED Protocol guide, which is available only online. Although Long’s guide carries a list price of $39.95, it is widely discounted to $27 and can be ordered through a variety of online vendors.

Long’s suggestions for healthy eating and erection-friendly nutrients — available both in food and supplement form — are very much in line with the recommendations of medical professionals. Less certain, however, is the soundness of Long’s suggestion that following his guide can offer a natural cure to erection problems in anyone who follows the steps outlined in the e-book.

Relatively young men in whom the physiological changes that lead to erection problems are not yet permanently entrenched have a good chance of avoiding such problems if they follow Long’s dietary recommendations. However, it is somewhat doubtful that Long’s guidelines could make a significant difference for men whose impotence is psychological in origin or for those whose blood flow to the penis has been irreparably compromised.

Healthy Eating at Heart of Plan

Whether they offer a permanent cure to erection problems or not, the recommendations in Long’s ED Protocol guide definitely should improve the health of anyone following them. However, they also can be found in other more widely available — and less expensive — resources about the link between healthy eating and erection difficulties.

Certain amino acids — known as the building blocks of protein — get high marks from Long as dietary supplements that can help in fighting erection problems. Among those he recommends most are propionyl-L-carnitine and L-arginine. The former, says Long, provides the body with energy and also helps to promote strong circulation, which is essential for getting and keeping an erection. According to Long, the body converts L-arginine into nitric oxide, a natural body chemical that acts as a chemical messenger setting off secondary chemical reactions that result in dilating blood vessels that supply the pelvic region.

Long’s dietary guidelines in the ED Protocol include foods rich in certain nutrients, including zinc, nitrates, flavonoids, protein, antioxidants, lycopene, and niacin, also known as vitamin B3. Foods high in zinc include liver, oysters, pumpkin, sesame seeds, and shitake mushrooms, while nitrate-rich foods include beets and leafy greens. For flavonoids, an occasional treat of dark chocolate provides an excellent source, and pistachio nuts are high in protein. Among the foods that contain high levels of antioxidants are citrus fruits and watermelon, and you’ll find plenty of lycopene in tomatoes and pink grapefruit. To ensure you get plenty of niacin, Long suggests that you regularly eat beets, salmon, and tuna.

Like the popular PDE5 inhibitors, such as Viagra and Cialis, Long’s ED Protocol acknowledges that the vast majority of erection problems arise from insufficient blood flow to the penis, which is a prerequisite for the achievement of an erection strong enough for intercourse. However, while the manufacturers of the impotence drugs make no claim that they can permanently cure erection problems, the ED Protocol boldly says that men who follow its guidelines can permanently cure impotence.

And, once again, for men in whom the vascular damage is not yet severe, it is entirely possible that eating a healthy diet and taking some of Long’s recommended supplements will be sufficient to reverse their erection problems. Whether an older man whose blood flow to the pelvic region has been damaged over years of unhealthy lifestyle choices can reverse all that damage through diet and supplements seems far less believable, however.

Searching for a truly objective review of Long’s ED Protocol proved difficult as most of the reviews available appear on websites that carry disclaimers acknowledging some sort of relationship with Long and/or ED Protocol.

One of the more balanced reviews of ED Protocol appears at ReviewsFactor.com, and while it, too, is generally glowing in its appraisal of the lifestyle guide, it does hint at some of the ED Protocol’s shortcomings. Among the negative observations made are the following: