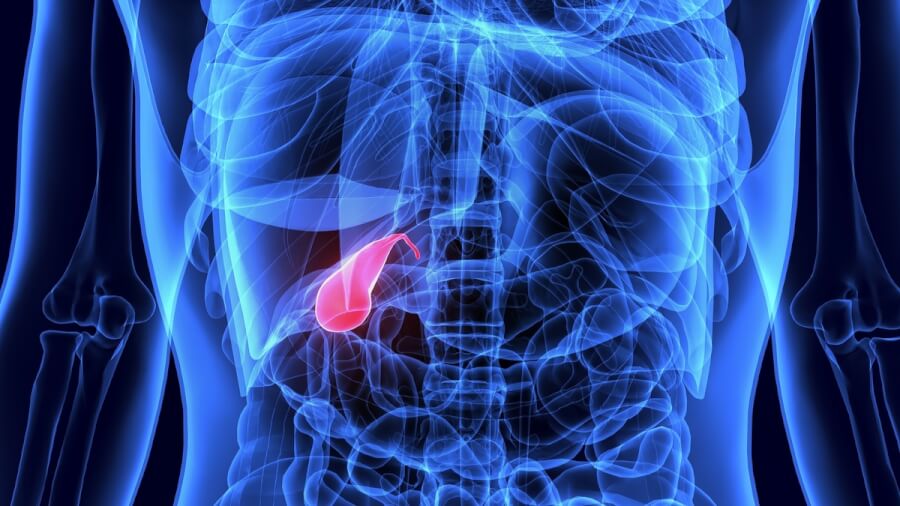 Having a gallbladder disease, particularly gallstones, makes it more likely that you will develop erectile dysfunction. Adopting a healthy lifestyle can help prevent both gallstones and ED.

Suffering from gallstones or some other gallbladder-related ailment? Failure to have such problems addressed promptly could significantly increase your risk of developing erectile dysfunction.

Although it’s relatively small, the gallbladder plays a relatively important role in the digestion of fats. However, when things go wrong with this tiny organ, which sits in a pouch just below the liver, the consequences can be both painful and may extend way beyond the organ itself.

What Is Gallbladder Disease?

Gallbladder disease encompasses a handful of conditions that target the organ, which secretes bile, a fluid that facilitates the digestion of lipids. Such conditions include gallstones, cholecystitis, cholestasis, and gallbladder cancer. Gallstones are tiny hardened deposits within the fluid of the gallbladder, while cholecystitis is any inflammation or infection of the organ. Cholestasis is a reduction or stoppage of bile flow.

Although all of these gallbladder-related conditions can lead to some problems of sexual dysfunction, gallstones were singled out in a recent study as a significant risk factor for ED. Taiwanese researchers conducted a population-based study to evaluate the effect of gallstone disease on erectile function. They published their findings in an early 2019 issue of the American Journal of Men’s Health.

Although gallstone disease can be quite painful for some patients, it is asymptomatic in the vast majority of patients. According to the Taiwanese study, it is the most common gastrointestinal disorder requiring hospitalization and leads to an estimated 800,000 cholecystectomies in the United States each year. Cholecystectomy is the surgical removal of the gallbladder, the absence of which can be compensated by strict adherence to a low-fat diet.

Researchers don’t yet fully understand the link between gallbladder disease and an increased risk of ED, but they suggest a healthy lifestyle can help to prevent both of these conditions. Such a lifestyle includes not only a healthy diet but also regular exercise and maintaining a healthy weight.

In cases where gallstone disease was treated by cholecystectomy, researchers noted that the removal of the gallbladder generally restored erectile function to near normal.

For men whose ED symptoms are caused by insufficient blood flow to the penis, Viagra and the other oral ED drugs known as PDE5 inhibitors are the treatment of choice. These medications are available only by prescription in the United States. Many men with ED find that they can save both time and money by ordering their drugs from longtime online facilitator eDrugstore.com.

If you have a prescription from your doctor, you can fax it or scan and email it to eDrugstore along with your order. Alternatively, eDrugstore can set up a complimentary online consultation with a licensed U.S. physician who can authorize a prescription if appropriate. To learn more, visit eDrugstore’s  Erectile Dysfunction page.