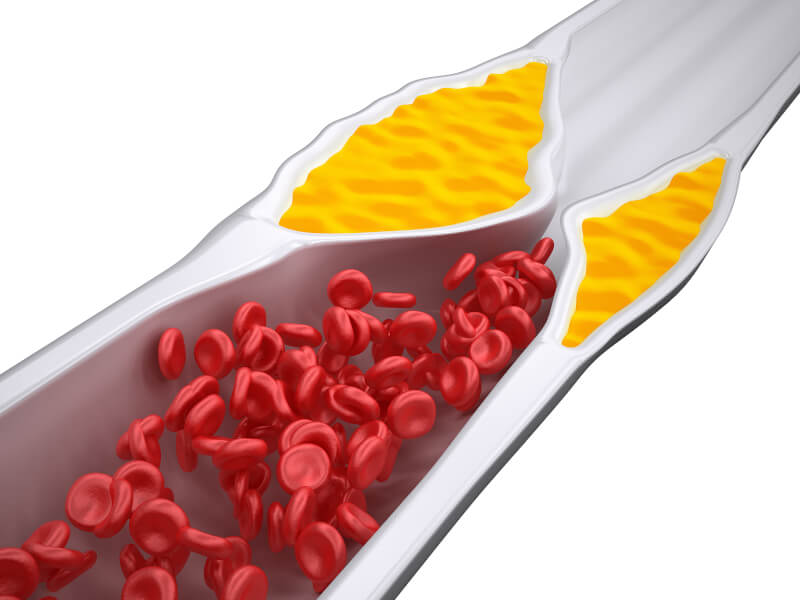 High blood pressure lowers the volume of blood your arteries can carry, thus making it a significant factor in the diminished blood flow that causes erectile dysfunction. Treating high blood pressure while also trying to preserve erectile function is a delicate balancing act, and you’ll need your doctor’s help and advice.

Most Americans — men and women alike — realize that high blood pressure, also known as hypertension, can lead to a heart attack or stroke. However, less widely known is the connection between hypertension and impotence, the latter a condition that affects men directly and women indirectly.

Given the widespread incidence of high blood pressure, it’s fair to say that this is probably one of the more common causes of erection problems linked to insufficient blood flow to the penis. The Centers for Disease Control and Prevention says that roughly one in every three adults — about 70 million individuals — suffers from high blood pressure. And of those, just 52 percent have their blood pressure under control. Among men who have been diagnosed with high blood pressure, 49 percent of those between the ages of 40 and 79 have persistent erection problems, according to a study published in the Journal of the American Geriatrics Society.

To fully understand how high blood pressure adversely affects erectile function, it’s helpful to have a fundamental knowledge of the complex forces at work during the erection process, according to WebMD.com. For those who do not already know how an erection occurs, here’s a short overview:

Running almost the full length of the shaft of the penis are twin columns of spongy erectile tissue that are known as the corpora cavernosa. Within each of the chambers are arteries and veins, smooth muscle fiber, and empty spaces. Beneath them, along the underside of the penis is another smaller chamber known as the corpus spongiosum. Through the center of this latter chamber runs the urethra, which carriers urine and semen. 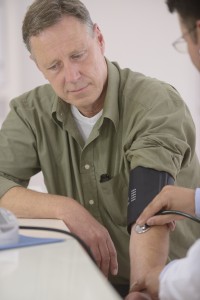 High levels of cGMP cause the smooth muscles within the corpora cavernosa to relax, thus significantly increasing blood flow into the empty spaces of the chambers. At the same time, the pressure of this strong surge of blood into the chambers causes the thin sheath of tissue that surrounds them to press on the veins that normally carry blood away from the penis. This pressure temporarily traps the blood within the penis, both creating and sustaining the erection.

Once sexual arousal ends, the smooth muscle within the corpora cavernosa contracts once again. As it does so, the pressure on the veins in the pelvic region is eased, allowing blood to flow out of the penis, which returns to its flaccid state.

So how does high blood pressure interfere with these mechanisms of erection? According to WebMD, hypertension keeps the arteries that supply the penis from dilating as they normally would. High blood pressure also keeps the smooth muscle fibers within the penis from relaxing as they should to facilitate erection. As a result, the penis doesn’t get the blood it needs to achieve and maintain an erection strong and long-lasting enough for intercourse.

Over time, high blood pressure, if left untreated, damages the delicate lining of blood vessels and accelerates the damaging processes of atherosclerosis, the hardening and narrowing of the arteries, according to MayoClinic.com. As arteries harden and narrow, they can carry less blood. Because the blood vessels supplying the penis are among the smaller arteries in the body, trouble tends to show up there before it surfaces elsewhere in the body.

While the onset of erection problems is hardly a welcome development, it can sometimes be a lifesaver, particularly if it alerts those affected to an underlying health problem that can be reversed, either through lifestyle modifications or medication.

In the same way that hypertension diminishes blood flow to the penis, it can reduce blood flow to the vagina. For some women, this can lead to vaginal dryness, difficulty achieving orgasm, or a decline in the level of sexual desire or arousal. Women who suspect that high blood pressure may be contributing to sexual problems should consult their doctors. 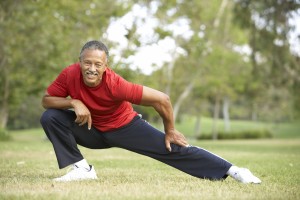 Regular exercise and other healthy lifestyle changes can help to lower blood pressure.

Depending on when it’s diagnosed, high blood pressure can sometimes be reversed by making lifestyle changes, such as eating a healthy diet, exercising regularly, losing excess weight, quitting smoking, and consuming less salt. If these measures fail to bring blood pressure down to acceptable levels, your doctor may have to prescribe medication. And herein lies a delicate balancing problem, because many medications that are effective in lowering blood pressure can make it difficult to get and keep an erection.

Also widely prescribed for the treatment of hypertension are beta blockers, which lower blood pressure by blocking the effects of epinephrine, a hormone also known as adrenaline. Under the effects of a beta-blocking drug, the heart beats more slowly and with less force, helping to lower blood pressure to near-normal levels. However, beta blockers, such as Atenolol, also adversely affect the erectile process.

According to MayoClinic.com, antihypertensive medications with less negative impact on erectile function include alpha blockers, angiotensin-converting enzyme (ACE) inhibitors, angiotensin II receptor blockers, and calcium channel blockers. If your doctor feels your high blood pressure can be effectively treated with one of these medications, it is less likely to cause erection problems.

If high blood pressure has temporarily sidelined your sex life, talk with your doctor to find out if using one of the popular impotence drugs, such as Viagra or Cialis, is compatible with your current treatment plan. These drugs help millions of men to resume relatively normal sex lives, but they’re not for everybody, and your doctor will be the best judge of whether they are appropriate for you.

If your doctor feels that an ED drug can help you overcome your symptoms of impotence, he will probably write you a prescription for Viagra or one of the other popular ED medications. You can fill that at your local pharmacy or opt instead to order your drug from a trustworthy online facilitator such as eDrugstore.com. To learn more, visit eDrugstore’s Erectile Dysfunction page.