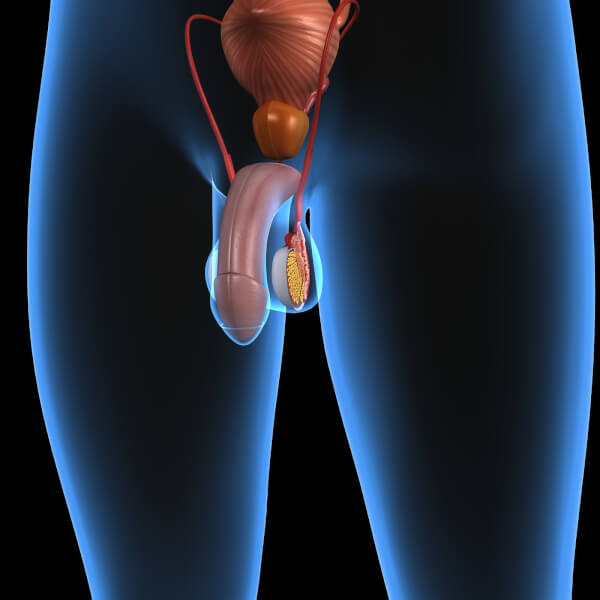 How Age Takes a Toll on Your Reproductive System

Like the rest of the body, the male reproductive system is subject to aging-related changes, like lower testosterone levels and lower fertility. Erectile dysfunction (ED) doesn’t have to be a consequence of age, especially if you take care of your cardiac health.

As marvelous a creation as it is, the human body is subject to the ravages of time. Its ingeniously interconnected organs and systems eventually begin to show their age. And the male reproductive system is no exception.

This gradual breakdown of the reproductive system is reflected in a variety of ways, not the least of which is a decline in the body’s production of hormones, including the primary male sex hormone, testosterone.

However, these gradual changes in men’s reproductive systems are in sharp contrast to the much more abrupt changes that occur in women. In females, menopause marks the end of menstrual cycles — and the ability to conceive. The average age for the onset of menopause is 51.

Andropause — the rough equivalent of menopause in men — refers to the much more gradual decline in blood levels of testosterone and dehydroepiandrosterone, also known as DHEA. As levels of these hormones gradually decline, they trigger other changes in the male reproductive system.

Despite their more gradual nature, the changes in the male reproductive system do occur, and men should be prepared to make certain adjustments as these changes appear.

Ground zero for male reproductive changes is the testes, where there is some shrinkage in testicular tissue mass. The decline in testosterone, which is produced in the testes, usually begins at about age 30 and drops by roughly 1 percent every year thereafter. As this decline advances, it will be reflected in a similar, almost imperceptible decline in feelings of sexual desire.

Male fertility doesn’t undergo the dramatic changes that are seen in women. Men may continue to father children well into their twilight years. The testes continue to produce sperm, but at decreased levels. And the tubes that carry sperm undergo a gradual hardening, known as sclerosis. While the volume of fluid produced upon ejaculation remains about the same, the level of living sperm within that fluid declines over time.

The prostate gland tends to enlarge with advancing age. This occurs as some of the gland’s tissue is gradually replaced with scarlike tissue, according to MedlinePlus. This can lead to a condition known as benign prostatic hypertrophy, or BPH, which affects roughly 50 percent of all men later in life. As the prostate enlarges, it may cause problems in both urination and ejaculation.

As time marches on, a man’s penis tends to undergo changes as well. According to WebMD.com, changes in penile appearance and size occur as a man passes from his sexual prime — usually about 30 years of age — into middle age and beyond.

The head of the penis, known as the glans, reflects the age-related decline in blood flow by changing from almost purple in color to a noticeably paler hue. At the same time, a man’s crop of pubic hair slowly diminishes, often to the vanishing point. Irwin Goldstein, M.D., director of the sexual medicine program at San Diego’s Alvarado Hospital, describes it this way: “As testosterone wanes, the penis gradually reverts to its prepubertal, mostly hairless, state.”

Apparent changes in penile size are somewhat illusory. While the actual size of the penis doesn’t usually change that much, if at all, men tend to accumulate fat on their lower abdomen. “A large prepubic fat pad makes the penile shaft look shorter,” according to Ira Sharlip, M.D., clinical professor of urology at the University of California, San Francisco. By some accounts, such a buildup of fat in the pubic area can conceal from 1 to 1.5 inches of the penile shaft, creating the appearance of a shorter penis.

Although erectile dysfunction is not an inevitable consequence of aging, men should be prepared for some changes in the firmness and the frequency of their erections. Older men are also less likely than younger men to have repeated ejaculations. 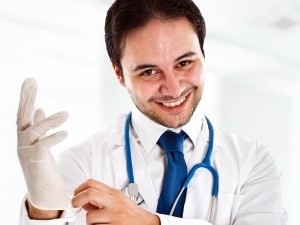 It’s important to get your prostate checked regularly, because the risk of cancer or benign enlargement increases as you age.

Also, the older you are the more likely you are to have acquired unhealthy habits and/or contracted underlying illnesses that can lead to erection problems. Contrary to previous thinking that blamed most erection problems on psychological causes, such causes account for only about 10 percent of erection problems, the vast majority of which are caused by insufficient blood flow to the penis.

Years of eating a diet high in unhealthy fats and empty calories, smoking, carrying around too many extra pounds, and a lack of regular exercise are behaviors that can in time compromise blood flow not only to the penis but to the heart or brain as well.

Even if you’ve lived an exemplary life, steering clear of some of the poor lifestyle decisions enumerated here, you may — for reasons of genetics or the luck of the draw — develop some illnesses that also restrict blood flow and thus lead to erection problems. Such illnesses and conditions include high blood pressure, diabetes, atherosclerosis, metabolic syndrome, Parkinson’s disease, elevated cholesterol levels, and some sleep disorders.

Sadly, even some of the medications used to treat these underlying health conditions can contribute to erection problems. This is particularly true of certain drugs prescribed for the treatment of high blood pressure. Of these, the more problematic antihypertensive medications are hydrochlorothiazine-based diuretics and beta-blockers, both of which can interfere with normal erectile function.

Check with Your Doctor

If you think one of the medications you’re now taking may be causing some erection problems, ask your doctor if there are alternative drugs that have fewer adverse effects on erectile function. It is also possible that you’re a candidate for one of the impotence medications, such as Viagra or Cialis, that can enable you to get and keep an erection strong enough for intercourse without interfering with other drugs you’re taking.

Many men who are seeking to hold back the hands of time have opted to combat aging by undergoing testosterone replacement therapy, or TRT. Recent data indicates an upsurge in TRT in this country. However, no one should look at TRT as the answer to all their problems without carefully weighing not only its possible benefits but its risks as well.

You can order prescription medications for ED, like Viagra, Cialis, and their FDA-approved generic counterparts, by visiting eDrugstore.com.