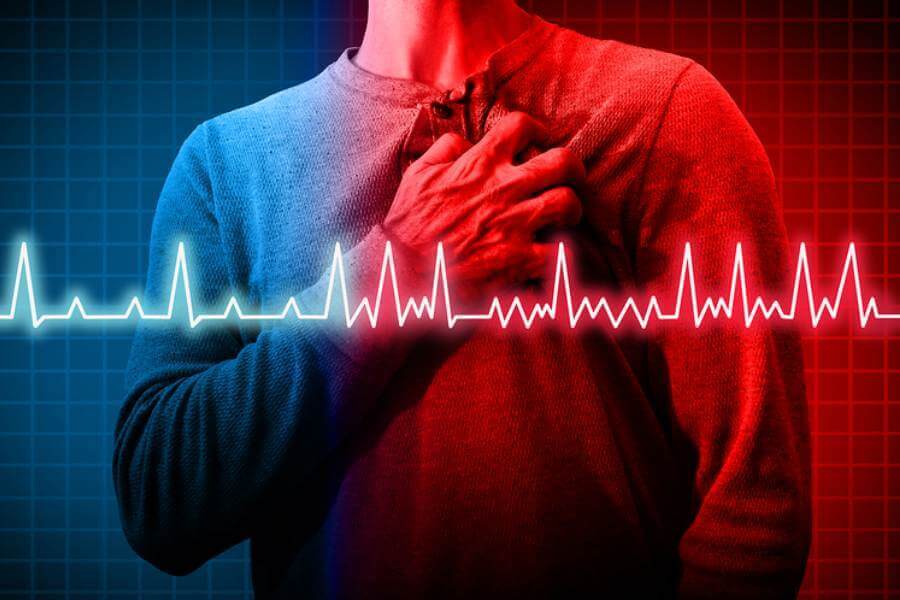 A recent study found that men with erectile dysfunction face a significantly higher risk of atrial fibrillation. Getting checked regularly by your doctor is essential.

Now, a research study has found that men with erectile dysfunction are significantly more likely to develop an irregular heartbeat than men who are not suffering from ED. And the type of irregular heartbeat most closely associated with ED is atrial fibrillation, or Afib. The study was published in a 2019 issue of The American Journal of Medicine.

Led by cardiologist Yoshihiro Tanaka, the study tracked the health outcomes of 1,760 men enrolled in the Multi-Ethnic Study of Atherosclerosis (MESA). At the outset of the study, none of those participants had any history of Afib, defined by the American Heart Association as “a quivering or irregular heartbeat (arrhythmia) that can lead to blood clots, stroke, heart failure, and other heart-related complications.”

Reevaluated after four years, 9.6 percent of the study enrollees who reported suffering from ED were found to also suffer from Afib. Among study participants with no symptoms of ED, the rate of incident Afib was only 2.9 percent, less than a third of the Afib rate among men with ED.

What These Findings Mean

Asked to comment on the implications of these findings, Tanaka told USNews.com that it might be easier in the future to identify those at an elevated risk of Afib. “It is well known that ED symptoms appear two to three years before we see cardiovascular disease, so if we can use ED symptoms as a marker for predicting future AFib, we may be able to treat the patient early and hopefully stop the disease progression,” he said.

Similar conclusions were reached in a review published in a recent issue of the Arab Journal of Urology. That review, which covered five studies involving 29,829 male patients, found that baseline Afib “increased the risk of ED up to 1.6-fold amongst the general male population.”

Neither of these studies claims that ED causes Afib or vice versa. Rather they point to the likelihood that men with these conditions do share some common traits, characteristics, or symptoms that put them at higher risk of developing either or both of these disorders. For that reason, it’s important that they get checked by a medical professional on a regular basis to get an early warning if one or both of these conditions is present.

Fortunately, for most men suffering from ED, even those who also have certain cardiovascular health issues, Viagra or another of the PDE5 inhibitors can be taken to help overcome the symptoms of impotence. However, for men who have been prescribed nitrate-based drugs for the treatment of angina or intractable high blood pressure, using PDE5 inhibitors is an absolute no-no.

Both PDE5 inhibitors and nitrates accomplish their goals by lowering the patient’s blood pressure. Taken together, they could cause a life-threatening drop in blood pressure.

While Viagra and the other PDE5 inhibitors can be purchased at local pharmacies, some men prefer the convenience and privacy of ordering these drugs online from eDrugstore.com, a longtime prescription drug service. Its prices cover not just the medications but an array of added-value services as well.

By ordering online from eDrugstore, you’ll avoid the hassle of travel to and from the neighborhood pharmacy, as well as any time that might be wasted waiting for the prescription to be filled. If you don’t yet have a script, eDrugstore’s complimentary online consultation service can help you out. You’ll be matched up with a physician licensed to practice in your state, and if you’re determined to be an appropriate candidate for the drug, a prescription will be authorized.

Shipping is free, and all first orders include a complimentary pill-splitter. If these services sound attractive to you, visit eDrugstore’s Erectile Dysfunction page to learn more.