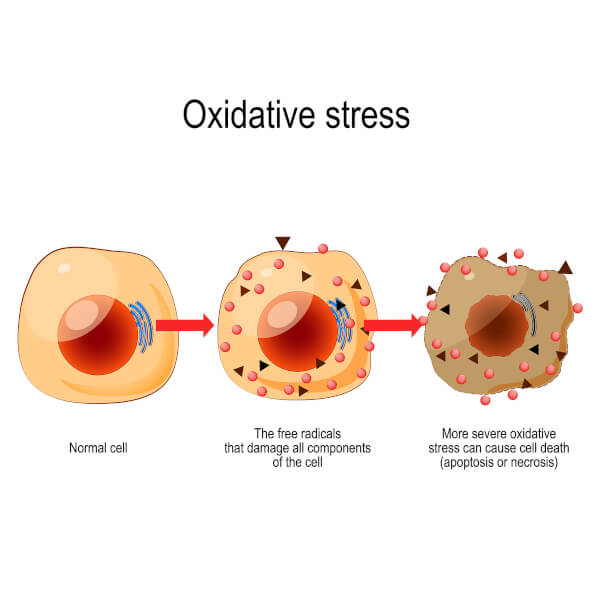 Erectile Dysfunction and Oxidative Stress: What Men Should Know

Oxidative stress can damage your body’s cells, tissues, and even DNA. Left untreated, it can lead to a wide array of diseases and disorders, including erectile dysfunction.

Oxidative stress, a key factor in the aging and disease processes, is essentially an imbalance between your body’s levels of free radicals and its ability to fight back against the damage they can cause by deploying antioxidants.

That imbalance between free radicals — also known as oxygen-reactive molecules — and antioxidants leads to damage to cells and tissue.

Multiple studies have produced evidence that suggests long-term oxidative stress can lead to the development of a number of chronic health issues. Such issues, according to MedicalNewsToday.com, include cancer, cardiovascular disease, and diabetes.

Evidence also suggests that oxidative stress can lead to erectile dysfunction, an inability to get and keep an erection suitable for intercourse. ED, of course, can also arise as a secondary symptom of cardiovascular disease and diabetes.

All of the foregoing begs the question: What can be done to avoid or at least minimize oxidative stress?

What Are Free Radicals?

The aging process, according to Live Science columnist Christopher Wanjek, is the cumulative damage done to the body’s cells and tissues by free radicals scavenging the body in search of electrons to steal.

In addition to aging, the free radicals’ ruthless search for electrons and the damage it causes can lead to a wide array of diseases, including Alzheimer’s, atherosclerosis, cancer, and Parkinson’s disease.

Allowed to proceed unchallenged, free radicals can do massive damage to the basic structural elements of the body. Fortunately, antioxidants can help to significantly reduce the damage that reactive oxygen species can cause.

An antioxidant is defined as a substance that reduces the damage caused by oxidation, which as you’ve already learned is largely the work of free radicals. They do so by providing free radicals with the missing electrons they need. Fortunately, antioxidants can do this without destabilizing themselves. Once a free radical gets that missing electron, its path of destruction in the body comes to an end.

The human body produces some antioxidants of its own. One such example is glutathione, a molecule that is produced by the liver. Glutathione  consists of three amino acids, namely L-cysteine, L-glutamate, and glycine. However, the body’s own antioxidants aren’t enough to keep free radicals in check, which means that additional help must be brought in from outside.

Food-based antioxidants, found in both plant and animal foods, help to supplement the body’s own antioxidants and thus reduce the damage free radicals can cause. Certain vitamins, most notably C and E, are recognized as powerful antioxidants, as is beta carotene, which is a precursor of vitamin A. 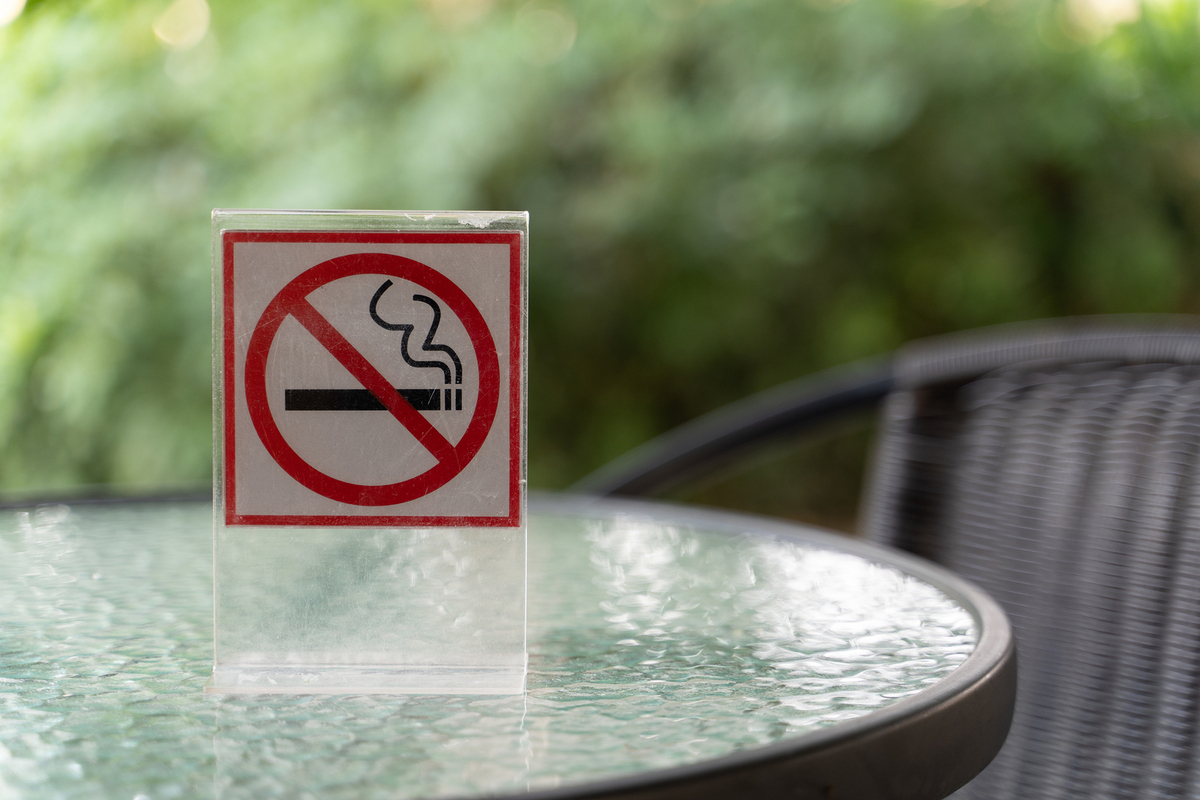 It’s virtually impossible to avoid free radicals altogether, but you can keep the number of them in your body down by avoiding certain unhealthy behaviors. In an article posted at Sharecare.com, gastroenterologist William B. Salt II, M.D., says that “cigarette smoking is the most potent free radical generator in the body. Even one or two puffs sends the amount of oxidative stress on your body soaring.”

Salt’s advice is certainly consistent with what we’ve been saying for years about the threat that smoking causes to erectile function. If you care about avoiding ED and improving your health in general, quit smoking or avoid the habit altogether if you’ve not yet become hooked.

You can also minimize the levels of free radicals in your body by avoiding exposure to environmental pollution and reducing your consumption of fried and charcoal grilled meats.

Danshen is derived from the dried root of a plant known scientifically as Salvia miltiorrhiza Bunge. An article published in late 2018 by BMC Complementary & Alternative Medicine chronicles the effects of Danshen injections on rat models of diabetes. Both animals and humans suffering from diabetes face a significantly higher risk of erectile dysfunction than nondiabetics.

The Chinese research team behind the experiment reported that Danshen injections significantly lengthened the time that the animals could retain erections, compared with rats that didn’t receive the injections.

L-arginine, a semi-essential amino acid, is a precursor of nitric oxide, which plays an essential role in erectile function. Multiple studies suggest that supplementation with L-arginine can combat oxidative stress and make it easier for men to get and keep erections suitable for intercourse.

Filled with antioxidants, pomegranate juice proved helpful in animal tests with rabbit models of arteriogenic ED. Rabbits that received supplements of the antioxidant-rich juice showed significantly improved erectile function over those that didn’t get the juice. 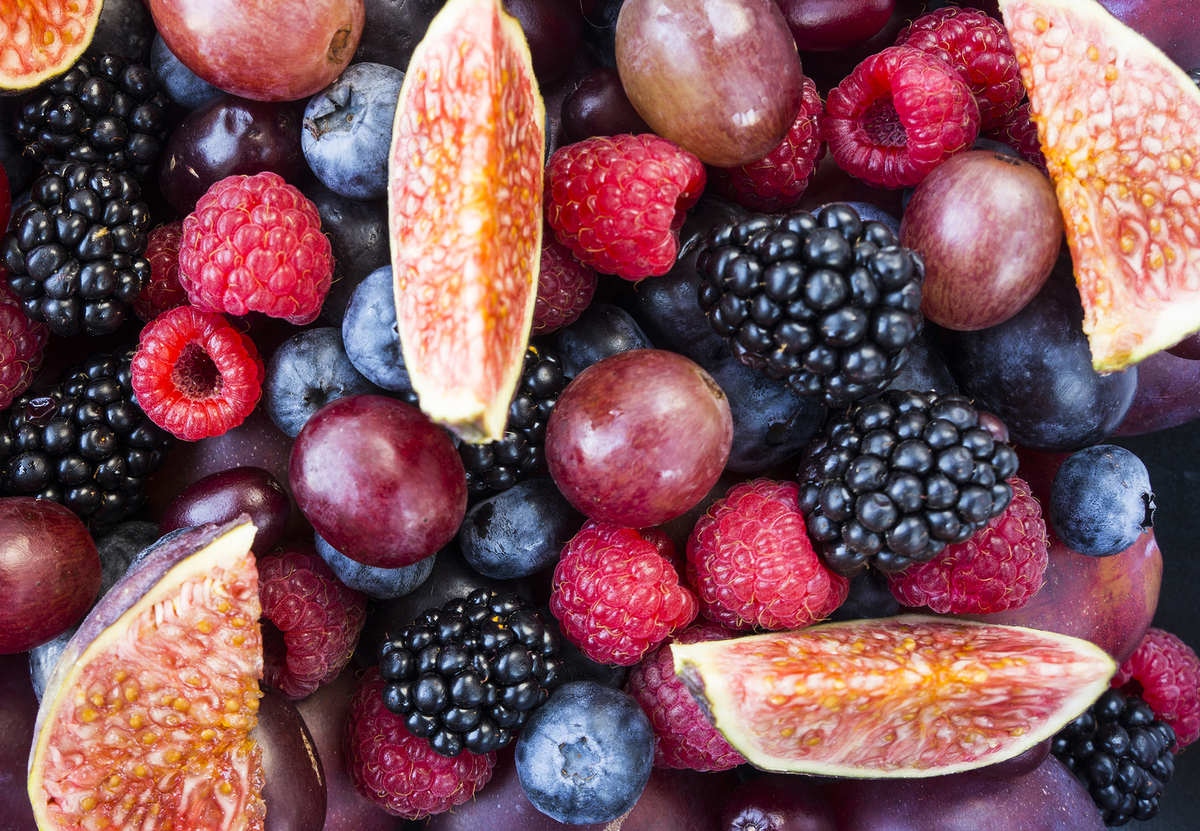 These fruits and other plant-based foods are rich sources of antioxidants.

As previously noted, the body’s natural antioxidants are not really enough to combat the levels of oxidative stress that most humans face these days. In addition to the aforementioned antioxidant vitamins, a wide array of plant-based foods contain phytonutrients that have powerful antioxidant properties. Some of these phytonutrients include anthocyanins, carotenoids, lutein, lycopene, and resveratrol.

Erectile dysfunction attributable to oxidative stress in almost all cases is caused most directly by insufficient blood flow to the penis. This is the most common cause of ED and one that is usually treated effectively and safely by Viagra or one of the other oral ED drugs known as PDE5 inhibitors.

If your lifestyle changes have failed to reverse damage caused by oxidative stress, leaving you with some symptoms of male impotence, one of these PDE5 inhibitors should be able to help. And if the convenience of ordering these drugs online appeals to you, consider taking your business to eDrugstore.com, a longtime online facilitator based in Tempe, Arizona.

You’ll need a prescription to order any of these ED drugs. If you have a script from your doctor, you can fax it or scan and email it along with your order. Alternatively, eDrugstore can arrange a complimentary online consultation with a licensed U.S. physician who can authorize a prescription if appropriate. To learn more, visit eDrugstore’s Erectile Dysfunction page.