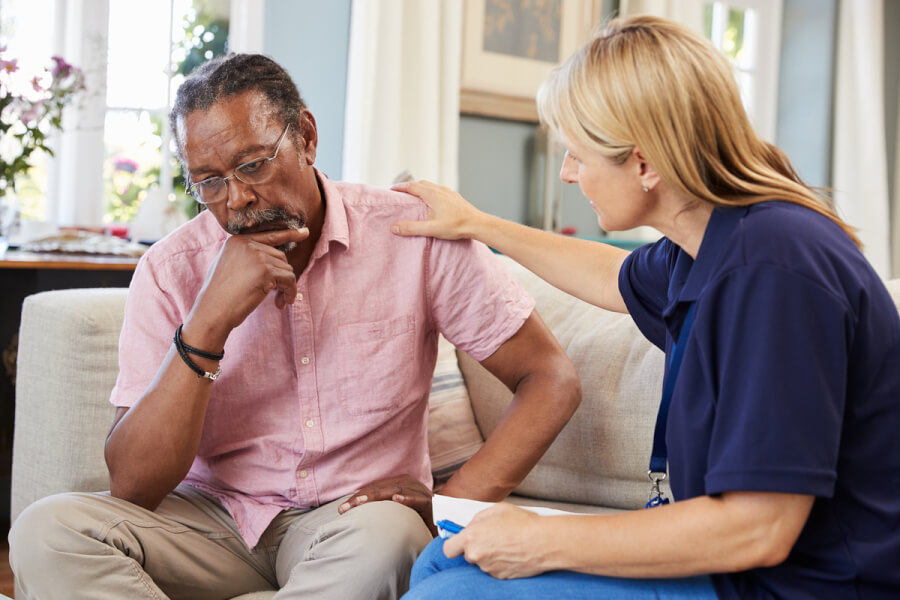 Your love life and erectile function might suffer a setback after a major life event, such as the death of a loved one, job loss, or divorce.

Major life events, such as divorce, the death of a spouse, or even the loss of a job, can significantly alter almost every aspect of one’s life, at least temporarily. It is hardly surprising that such life events can also have profound effects on sexual desire and function.

In the initial aftermath of a sudden loss, particularly the death of a loved one, the toll isn’t just emotional. It can be physical as well. As a health reporter, Heidi Godman, executive editor of the Harvard Health Letter, knew instinctively that the emotional experience of grief “comes with the risk for physical side effects.”

Godman’s mother died in October 2018 after a long battle with Parkinson’s, dementia, and disability. For Godman, her mother’s passing was her first true experience of real grief. And she offers some helpful insights into the ways in which the grieving process can jeopardize one’s health.

Grief-induced stress takes a physical toll on the body, writes Godman. This kind of stress “affects the whole body and all organ systems, and especially the immune system,” according to Maureen Malin, M.D., a geriatric psychiatrist with McLean Hospital in Belmont, Massachusetts.

As examples of the physical toll taken by grief-driven stress, Godman cites evidence that immune function falters and inflammatory response increases in people who are grieving. This can lead to a host of physical ailments and disorders, including erectile dysfunction.

While other major life events, such as divorce, job changes, and retirement, have less stressful effects than the loss of a loved one, those events can also produce harmful stress that takes a toll on one’s health.

However, no matter what the life event may be, it’s wise to give yourself time to adjust to the resultant changes in your life. And realize, of course, that the stress caused by the life event is going to have a trickle-down effect on other aspects of your life, including your love life.

A Harvard study published in 2011 explored the different ways in which females and males react to stressful life experiences. Among females, such events most frequently led to major depression, while in men, the most common reaction was alcohol dependence. The study in question was published in a 2011 issue of Social Science & Medicine.

Neither depression nor alcohol dependence is conducive to optimal sexual health and function, which makes it all the more important that people experiencing such major life stressors seek professional help.

Elderly May Be Hardest Hit

While people of all ages are likely to feel the impact of major life events on virtually all aspects of their lives, the elderly might reasonably expect to be most profoundly affected. Caregivers should be alert to signs that older men and women in their care are experiencing significant adverse effects from major life events.

Erectile dysfunction that is secondary to depression and anxiety usually doesn’t respond as well to treatment with Viagra and other PDE5 inhibitors. Those medications are designed primarily for the treatment of ED that is caused by insufficient blood flow to the penis.

If you think that your ED symptoms are vascular-related, you might want to consider ordering those drugs online from eDrugstore.com, a longtime online facilitator based in Tempe, Arizona. Many men find that they can save both time and money by ordering from eDrugstore.

If you have a doctor’s prescription, you can fax it or scan and email it along with your order. Alternatively, eDrugstore can set up a complimentary online consultation with a licensed U.S. physician who can authorize a prescription if appropriate. To learn more, visit eDrugstore’s Erectile Dysfunction page.