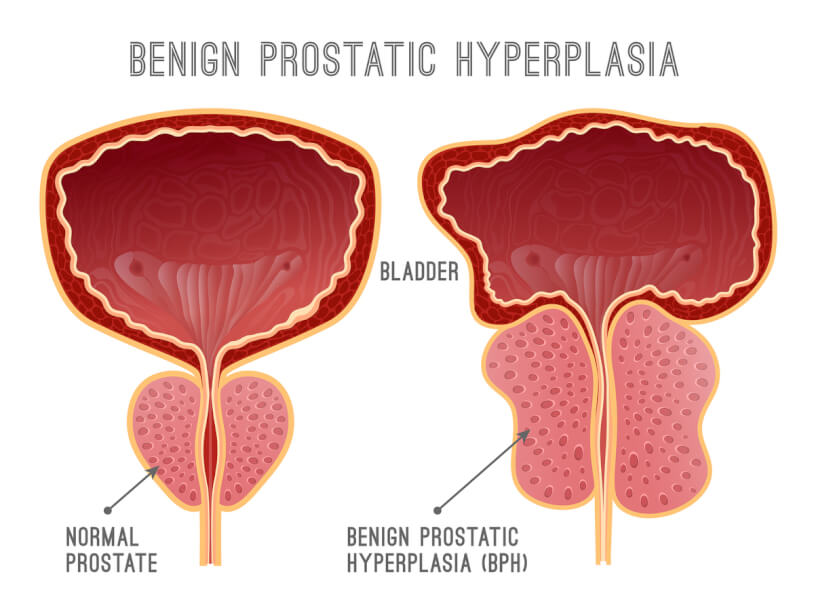 Preliminary research indicates that men with early-onset prostate enlargement might face a higher risk of erectile dysfunction. Fortunately, both disorders can readily be treated.

Erectile dysfunction and prostate enlargement have until relatively recently been regarded as two distinct disorders, both of which, of course, target men. That soon may change, according to Michael Castleman, a longtime sexuality counselor and columnist for Psychology Today.

While ED and benign prostatic hyperplasia, a noncancerous enlargement of the prostate, have up until now been regarded as separate conditions, there has always been a link because some treatments for the latter can lead to ED.

Now, although the precise causal links remain unclear, recent research seems to indicate that early-onset BPH is associated with early-onset ED, according to Castleman. He writes:

“Researchers don’t know if BPH is a true risk factor, or if the same processes that produce BPH also contribute to ED. But it’s starting to look as though men with early BPH are at increased risk for early ED.”

Roughly the size of a walnut, the prostate gland gets relatively little attention “unless its gets infected,” says Castleman. Through it runs the urethra, the conduit for urine and semen which is carried in seminal fluid, a key component of which is produced in the prostate gland.

In an article about the link between the two male-only conditions, Castleman cites an assertion from New York University urologist Jed Kaminetsky, M.D., that BPH is “an independent risk factor for ED.”

Independent of a closer cause-and-effect link between prostate enlargement and ED, certain widely used medications for the former have long been recognized as causes of ED in some men who take them. These include Proscar (finasteride), which lowers blood levels of testosterone, and certain alpha blockers, including doxazosin (Cardura), tamsulosin (Flomax), and terazosin (Hytrin). It should be noted that not all men using the above-listed BPH treatments experience erection problems as a result.

Regardless of whether BPH increases the risk of ED, or a treatment for BPH leads to erection problems, men with one or both of these problems can find help. Perhaps the ideal example of a therapy that helps with both BPH and ED is tadalafil.

Tadalafil, the active ingredient in Cialis, was approved by the Food and Drug Administration in 2011 for the treatment of BPH. Clinical trials have shown that 5 milligrams of Cialis or its generic equivalent, tadalafil, taken daily significantly improve BPH symptoms. That same dosage of tadalafil is also the recommended starting dose for daily Viagra therapy, which if taken faithfully every day ensures that users will be ready for sex whenever the time is right. This makes low-dose tadalafil an ideal dual-purpose treatment for both these disorders.

BPH in Younger Men Most Problematic

While noncancerous prostate enlargement is seen most commonly in older men, its appearance in younger men appears to be the manifestation of BPH most closely linked to ED.

Prostate cancer also leads to an enlargement of the prostate, treatments for which almost always cause some degree of erection difficulty. Even nerve-sparing prostate surgery can lead to a temporary inability to get and keep an erection suitable for intercourse.

If Viagra or one of the other oral ED drugs known as PDE5 inhibitors is your treatment of choice for erection problems, you may be able to save time and money by ordering your drugs online from eDrugstore.com. A longtime online facilitator based in Tempe, Arizona, eDrugstore supplies a full range of ED medications — both brand-name and generic — all of which are dispensed by licensed U.S. pharmacists. To learn more, visit its Erectile Dysfunction page.