Although erection problems are much more common as men grow older, aging itself doesn’t inevitably lead to impotence.

Men facing the embarrassment and frustration of erection problems can count themselves lucky in at least one respect. They can choose from a variety of impotence drugs, and the odds are good they will find at least one that works well for them.

The three biggest-selling impotence drugs on the American market are Viagra, Cialis, and Levitra. All three drugs belong to a family of medications called PDE5 inhibitors and work pretty much the same way. However, there are subtle differences in the drugs’ chemical structure, so it’s possible that one might work somewhat better than the other two for one man, while one of the others might be the drug of choice for his best buddy.

Still other men might find perfectly acceptable results from all three of the top-selling drugs but prefer one over the others because it has few or no side effects for them.

Perhaps the best way to approach this side-by-side comparison of these drugs is to first establish the things that they have in common. As previously noted, Cialis, Levitra, and Viagra are all classified as PDE5 inhibitors, which means that they can temporarily deactivate a pesky little enzyme known as phosphodiesterase-5.

Because the primary cause of most erection problems is compromised blood flow to the penis, it’s important to do whatever possible to ensure that blood flow is promoted and in no way impeded. 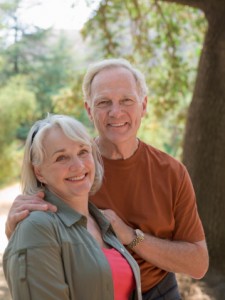 Roughly 70 percent of men with erection problems find that one of the popular impotence drugs, such as Cialis, Levitra, and Viagra, works well for them and allow them to resume relatively normal sex lives.

Brain Is an Erogenous Zone

As most of you have probably figured out long ago, the initial impetus for erections doesn’t come from the penis but manifests itself first in the brain as feelings of sexual desire. In response to those feelings, the brain sends a flood of nitric oxide to the groin, which in turn sets off secondary chemical reactions designed to get more blood pumping into the penis.

One byproduct of these chemical reactions is a natural substance known as cyclic guanosine monophosphate, or cGMP for short. This chemical relaxes the smooth muscles that line blood vessels supplying the penis. As the blood vessels relax, blood rushes in and fills up the spongy erectile tissue of the penis, creating an erection.

Here’s where the PDE5 enzyme can become problematic. One of its main purposes in life is the breakdown of cGMP. While this may not pose a problem for men with no pre-existing conditions that impede blood flow to the penis, for others that enzyme can end the party before it ever gets started or at the very least well before it’s over.

By temporarily disabling the PDE5 enzyme, PDE5 inhibitors allow users to enjoy the full benefits of cGMP’s circulation boost for anywhere from four to 36 hours, depending on the onset and duration of action of the drug taken.

Which brings us to one of the key areas in which Viagra, Levitra, and Cialis differ somewhat from one another — the length of time each drug is effective. Viagra, which won FDA approval in 1998, usually takes effect within one hour of taking the drug. According to an article in the June 2014 issue of Harvard Men’s Health Watch newsletter, Viagra’s onset of action ranges from 30 to 60 minutes. Viagra’s effects generally last from four to five hours.

More like Viagra than Cialis in chemical structure, Levitra usually takes effect 30-60 minutes after the pill is taken, and its effects last for up to five hours.

Both Viagra and Levitra come in varying strengths, and you and your doctor might decide to test your response to each dosage to find the one that’s best for you. However, Cialis markets two distinctly different formulations of tadalafil, and you’ll need to select the one that best suits your needs.

Cialis for Daily Use is designed to appeal to men who would like to be ready for sex whenever the need arises. As its name indicates, this is a drug that must be taken every day in order to realize its full effects.

Nicknamed ¨the weekend drug¨ by some, Cialis for Use as Needed is the most long-lasting impotence drug on the market. According to the Harvard newsletter, it usually takes effect 30 to 45 minutes (some sources say onset of action can begin in as little as 15 minutes) after the pill is taken, and its effects last anywhere from 24 to 36 hours.

When it comes to side effects, the top-selling impotence drugs have some mild side effects in common. These may occur when you first begin taking one of these drugs but very likely will disappear upon continued use. Such common side effects include diarrhea, dizziness, flushing, headache, nasal congestion, rash, upset stomach, and urinary tract infections. 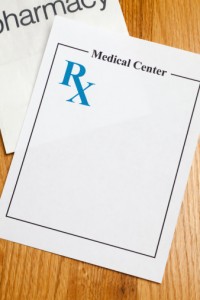 Your doctor can help you decide which brand of impotence medication is best for you.

More serious side effects to be alert for include disturbances — or even loss — of vision or hearing. A doctor should be consulted if you experience serious side effects of this type. Another uncommon — but very serious — side effect of these drugs can be an erection that lasts more than four hours. In the unlikely event that such an erection persists, it’s essential to seek immediate medical attention as a protracted erection such as this can cause permanent tissue damage.

According to the Harvard newsletter, some side effects seem more likely to occur with specific medications. For example, Cialis users tend to experience muscle discomfort and back aches. Users of Viagra and Levitra have reported instances of blue-tinged vision after taking one of the drugs.

No man should begin using any of the PDE5 inhibitors before consulting with a medical professional to ensure that he is healthy enough for sexual activity and that the impotence drug in no way interacts adversely with other medications he is taking.

PDE5 inhibitors should never be taken at the same time as nitrate-based drugs, such as the nitroglycerin that is used to relieve the chest pains of angina pectoris. Both nitrates and PDE5 inhibitors have the effect of temporarily lowering blood pressure. Taken concurrently, these drugs can cause a life-threatening drop in blood pressure.

Clinical tests have proven that PDE5 inhibitors are generally safe for most healthy men. These tests have also indicated that the drugs are effective for roughly 70 percent of men with erection problems, according to the Harvard newsletter.

Unfortunately, men who have experienced serious damage to their circulatory systems — either through traumatic injury or because of illnesses such as diabetes — may find that the PDE5 inhibitors don’t work for them. These drugs may also be ineffective for men whose erection problems are largely psychological in origin.