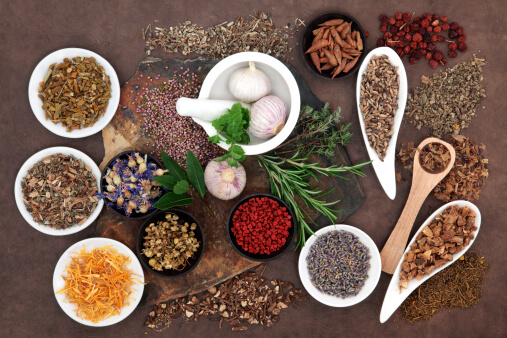 Long an important part of the pharmacopeia of traditional Chinese and Indian medicine, herbal remedies offer natural alternative treatments for a variety of ills.

Although the new impotence drugs introduced since the late 1990s have helped many men with erection problems to resume relatively normal sex lives, these drugs offer little relief to men whose impotence is psychological in origin. Nor can these drugs fire up the libido in men who no longer experience much in the way of sexual desire.

As men who have tried Viagra, Cialis, and other impotence medications have found, these drugs don’t trigger spontaneous erections but rather allow men who are still experiencing normal sexual desires to respond physically to those feelings. If for whatever reason the desire is absent, it’s unlikely that any amount of Viagra or Cialis will change that.

For those who don’t respond to the popular impotence drugs, French-born herbalist Emanuel Donval thinks he may have an answer. Donval sells a line of herbal aphrodisiacs for both men and women. The herbalist told the Napa Valley Register that his products are designed ¨to celebrate intimacy and love.¨

A native of Bordeaux in southwestern France, Donval comes from a long line of doctors and pharmacists. Now a resident of Napa, California, he immigrated to the United States in 1999 and became an American citizen in 2008.

Passionate about plants and botany since he was a young boy, Donval worked in landscape design in France before moving to the United States. Since his arrival in California, he has studied at the California School of Herbal Studies, which has certified him as an herbalist, and he is a member of the American Herbalists Guild, an association of herbal practitioners.

US Behind in Herbal Studies

In an interview with Michael Waterson of the Napa Valley Register, Donval noted that American interests in the organized study of herbs and their potential benefits fell away to almost nothing from the 1920s until the 1970s. In contrast, Europeans pursued their studies of herbalism and its beneficial effects throughout the 20th century.

Popular impotence medications, such as Viagra and Cialis, are known collectively as PDE5 inhibitors, so-called for their ability to temporarily deactivate a natural enzyme known as phosphodiesterase-5, which can compromise blood flow to the penis. The vast majority of erection problems are physiological in origin and can most often be traced to less-than-optimal blood flow to the penis, which needs strong blood flow in order to achieve and sustain an erection.

Don’t Work for All Men

Because of the way that they work, PDE5 inhibitors are of little to no help to men whose erection problems are linked to mental issues, depression, or a lack of sexual desire, which is one of the symptoms of low testosterone.

That’s a market that Donval believes his herbal elixirs can fill. He says his products are designed to promote relaxation and hopefully spark arousal. As he told the Napa Valley Register, ¨my products are working more on the emotional aspect of arousal, just making people enjoy being in the moment.¨

The pressures and pace of 21st-century life, says Donval, make it difficult to calm the mind, which he sees as a prerequisite for true arousal. ¨Nowadays, our brains are just racing,¨ he told the Napa Valley Register. He also sees his products as a way to overcome such barriers to intimacy as depression and stress.

Unlike prescription medicines, which are subject to the regulatory control of the U.S. Food and Drug Administration, herbal remedies don’t fall under the purview of the FDA and thus need not undergo the stringent scrutiny required of new drugs. The absence of FDA scrutiny, however, doesn’t necessarily mean that herbal remedies are without value, says Donval.

He points out that scientific studies have established the healing properties of certain herbal remedies, offering as an example cinnamon, which has been shown to help control blood sugar, according to Donval.

Donval’s aphrodisiacs, sold under the trade name of Emanuel’s Elixirs, are proprietary blends of different herbs selected for their ability to relax the body and stimulate the libido. Individual brand names of his elixirs with aphrodisiac properties are Awakening Aphrodisiac, Energizing Aphrodisiac, and Boner Toner.

The notion of herbal aphrodisiacs is hardly original to Donval. In fact, traditional Chinese and Indian medicine have used herbs to fire up the libido for centuries. And modern scientific studies have confirmed that some of those herbs live up to the claims of traditional medicine practitioners.

In an overview of some herbal remedies for erectile dysfunction that have been in use for centuries, Andrew Weil, M.D., looks at both the pros and cons of some of these substances.

Ginkgo Works for Some

Ginkgo, he says, appears to increase arousal in both men and women, perhaps by promoting blood flow to the pelvic region but should not be used by anyone who is on a blood thinner, such as Coumadin.

While noting that extracts from the bark of Africa’s yohimbe tree have been found to have aphrodisiac properties, Dr. Weil recommends against their use because side effects such as agitation, anxiety, and insomnia outweigh their benefits.

Ashwagandha, an herb derived from the roots of Withania somnifera, a plant in the nightshade family, also appears to have mild aphrodisiac properties and has long been popular in India, says Dr. Weil.

According to Dr. Weil, Panax ginseng, also known as Asian ginseng and Korean ginseng, is ¨a good general stimulant and sexual energizer.¨ He notes that both ashwagandha and ginseng are generally safe, although the latter can cause irritability and insomnia in some people. For those considering the use of either of these herbal remedies, Dr. Weil suggests using them for a period of six to eight weeks to see how effective they are in relieving erection problems.

Panax ginseng also gets a cautious thumbs-up from MayoClinic.com, which notes that one study found that the herb improved sexual function in men with erection problems. While generally safe when used on a short-term basis, MayoClinic points out that in some patients it may cause or exacerbate insomnia.

Of ginseng’s efficacy in relieving erection problems, WebMD.com cites a 2002 study that examined the effects of the herb when used in 45 men with significant erection problems. That study found that ginseng alleviated symptoms of impotence and brought ¨enhanced penile tip rigidity.¨ According to WebMD, naturopathic doctor Geo Espinosa, director of the Integrative Urology Center at NYU Langone Medical Center, recommends the use of ginseng in men with erection problems. However, the website strongly suggests discussing use of the herb with your doctor to ensure that it in no way interacts negatively with medications you are already taking.

If the idea of conveniently ordering FDA-approved prescription ED medications online, with outstanding convenience, discretion, and customer service appeals to you, we invite you to visit eDrugstore.com.