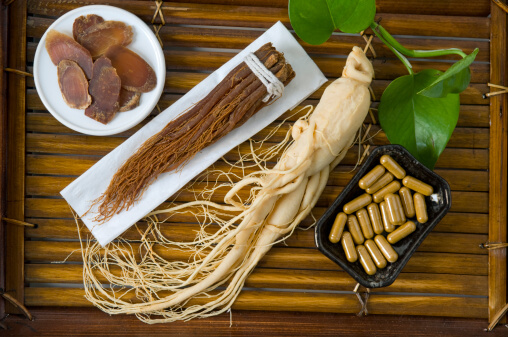 It’s no secret that erection problems and cardiovascular disease often go hand in hand. Although signs of impotence are most likely to surface early, they very often signal a deterioration of cardiovascular health that could eventually result in a heart attack or stroke.

The reasons are fairly clear. Most — but not all — erection problems occur when blood flow to the penis is somehow impaired or compromised. Drastically cut blood flow to either the heart or brain, and a heart attack or stroke is almost sure to follow.

Because the blood vessels supplying the penis are much smaller than those that feed the heart and brain, erection problems are Nature’s way of telling you that you seem to be doing damage to your vascular system. Change your ways, and you may be able to rescue your sex life and head off other serious health problems. Continue to do what you have been doing, and you may very well be in for a world of hurt, and impotence will only be the start of your problems.

A recently published Greek study indicates that men with erection problems who substitute the heart-healthy Mediterranean diet for unhealthy eating habits can help to ward off serious cardiovascular illness. Conversely, those with diets that are essentially the antithesis of the Mediterranean diet are much more likely to experience serious cardiovascular events in the future.

What’s in the Diet?

So what is the Mediterranean diet? For those who have spent time among the fishermen who live and work in the small coastal villages of the Mediterranean basin, the diet is already familiar. For the uninitiated, MayoClinic.com offers a fairly simple summary of what the diet includes:

For the Greek study, which was led by Athanasios Angelis, M.D., of the University of Athens’ Hippokration Hospital, researchers assembled a study group of 75 men who had been diagnosed with erection problems. The average age of men in the group was 56.

Purpose of the Study

The study’s purpose was to determine what effect, if any, adherence to a strict Mediterranean diet might have on the degree of cardiovascular disease observed among the men participating in the study. Specifically, researchers looked for changes in left ventricular geometry as well as changes in diastolic function, important markers of heart health.

To establish base lines for the study, test subjects underwent comprehensive cardiac ultrasound exams to evaluate left ventricular structure and function. Test subjects were also scored on their adherence to the Mediterranean diet. The diet test has a theoretical score ranging from 0 to 55. Men who ranked 30 to 55 on the diet score were considered to be highly compliant, while those scoring 20 to 29 were classified as intermediate. Scores of 0 to 20 put test subjects into the category of low compliance.

As previously noted, the Greek study focused primarily on the impact a heart-healthy diet could have on the future cardiovascular health of men with erection problems. For men who recognize the warning signs of impotence and take action early, it may even be possible for some men to reclaim their sex lives by making healthy lifestyle modifications. And eating a Mediterranean diet would be a significant step in that direction.

Impotence Isn’t a Symptom of Aging

Prior to publication, Dr. Angelis presented findings from his study at the annual meeting of the European Association of Cardiovascular Imaging in Austria. Emphasizing once again that the root cause of most erection problems is vascular damage, Dr. Angelis said, ¨Erectile dysfunction is not a symptom of aging.¨ Rather, he said, ¨it is a bad sign from the body that something is wrong with the vasculature.¨

Dr. Angelis estimated that 80 percent of all erection problems can be traced to vascular problems, some of which might be reversible if early intervention takes place.

And reversing any vascular damage that might be showing up in the form of a feeble erection could help protect your cardiovascular system from greater damage later in life. According to WebMD.com, Andrew McCullough, M.D., director of the male sexual health program at New York University Langone Medical Center, says that anything that’s bad for a man’s heart is also bad for his penis. And the reverse certainly is true as well.

Men who were born into a society and culture where the Mediterranean diet is the norm have an extraordinarily low incidence of erection problems, according to WebMD. Irwin Goldstein, M.D., director of sexual medicine at San Diego’s Alvarado Hospital, gives the heart-healthy diet high marks, noting that ¨the link between the Mediterranean diet and improved sexual function has been scientifically established.¨

Further evidence of the Mediterranean diet’s ability to improve erectile function came in an Italian study that was published in a 2006 issue of the ¨International Journal of Impotence Research.¨ That study focused on 65 men with metabolic syndrome, which is defined by MayoClinic.com as ¨a cluster of conditions — increased blood pressure, a high blood sugar level, excess body fat around the waist and abnormal cholesterol levels — that occur together, increasing your risk of heart disease, stroke and diabetes.¨ Men with metabolic syndrome also have an inordinately high incidence of erection problems.

Test subjects for the Italian study were men who were diagnosed with both erection problems and metabolic syndrome. Thirty-five men were assigned to an intervention group that ate a Mediterranean diet, and the remaining 30 were in a control group that ate a less restrictive diet. After two years, men in both groups were assessed based on the International Index of Erectile Function. Thirteen men in the Mediterranean diet group and two in the control group registered IIEF scores of 22 or higher, which fall into the category of ¨no ED.¨