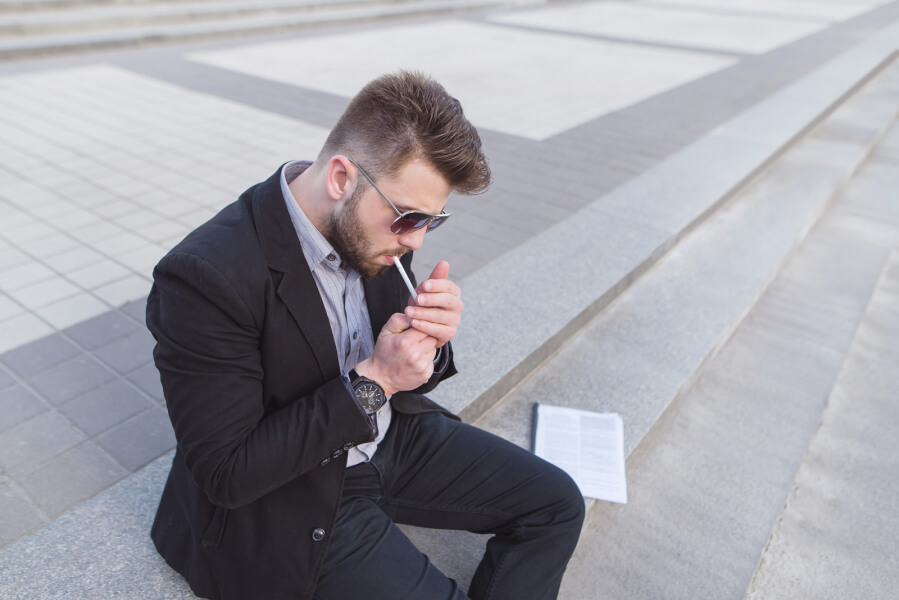 Avoid those bad lifestyle habits everyone (including the media) warn you about, like smoking, avoiding exercise, and binge drinking, and you can improve your erection health. This is true whether or not you choose to take top erectile dysfunction (ED) medications like Viagra.

Difficulty with erections can be frustrating, especially when it’s a recurring issue.

Fortunately, there are plenty of things you can do to treat erectile dysfunction, which is defined as persistent erection problems that negatively affect your quality of life. Prescription medications like Viagra, Levitra, and Cialis are remarkably effective in treating the condition, and adopting healthy lifestyle habits can improve erections too.

By the same token, there are several things you can stop doing if you want to have better erections. Here are 8 things you should not do to maximize the possibility of strong, healthy erections long term.

1. Assuming Erection Problems Are a Normal Part of Aging

Yes, erectile dysfunction is more common in older men, but it’s definitely not a “normal” part of the aging process. In the 15 or so years that men have been using prescription medications for erection problems, doctors have made numerous discoveries about the link between erection health and overall health. More specifically, they have found that erectile dysfunction is associated with serious chronic health conditions like high cholesterol, high blood pressure, obesity, and diabetes. In fact, the more advanced a man’s chronic condition status, the more likely he is to experience erection problems. Don’t just chalk it up to getting older. You could be doing your overall health a disservice by assuming that once you pass a certain age erectile dysfunction is a given.

2. Being a Couch Potato

Medical studies in both the US and the UK have found a strong correlation between excessive television watching and sexual dysfunction, from erection problems to low sperm quality. A study published in the British Journal of Sports Medicine found that men who watched more than 20 hours of television per week had a sperm count 44% lower than men who watched almost no television. Conversely, men who exercised 15 or more hours per week at a moderate to robust pace had sperm counts 73% higher than non-exercisers. Sure, there’s a lot of great television available today, but you have options like DVR-ing programs and then watching then while walking on a treadmill, for example. And face it: there are probably some television shows that, if you stopped watching, wouldn’t adversely affect the quality of your life.

3. Eating Too Much Junk Food

Highly processed foods are convenient, cheap, and readily available. Just try to find something healthy in your office’s vending machines. The problem is, highly processed foods provide a lot of empty calories as well as problematic substances like trans fats. They can contribute to excess weight gain, less energy, and poorer cardiac health. You don’t necessarily have to become an annoying health food evangelist, but substituting fruit (also convenient and relatively inexpensive) for some of those snack foods can make a real difference. If that’s not enough to convince you, a study of over 5,000 Danish men and women ages 16 to 97 found that the chances of not having a sex partner were increased by up to 78% in men with unhealthy lifestyles.

Maybe you believe you’re doing the right thing by foregoing caffeine. And indeed, if you drink enough coffee to get jittery, you probably should cut back. However, it turns out that drinking the equivalent of two to three cups of coffee per day is associated with reduced risk of problems with erections. A study at the University of Texas Health Science Center in Houston reported that men who consumed 85 to 170mg of caffeine per day were more than 40% less likely to have erectile dysfunction. Those who drank more were still less likely to have erectile dysfunction compared to those who consumed no caffeine or up to 7 mg per day. The finding held true for normal weight, overweight, obese and hypertensive men too. Researchers believe the scientific basis for the effect is caffeine leading to relaxation of the so-called penile helicine arteries, allowing for better blood flow.

Sex is, to some extent, a “use it or lose it” activity, for both men and women. Relationship expert April Masini tells Medical Daily, “The more often you have sex, the more confident you become about having it – both your own ability and the ability of the relationships in which you’re having the sex.” Medical research backs that claim up. A study from 2008 published in the American Journal of Medicine said that men who reported having sex once a week were half as likely to develop erectile dysfunction as men who had sex less frequently. The study included more than 900 men ages 50 and older for five years. Just as exercise preserves the body’s capacity for movement and strength, regular sexual activity can preserve erection quality.

Smoking is bad for you in innumerable ways, but you already knew that. We all know that smoking is bad for our lungs, heart, stamina, and breath. But did you know that smoking is also bad for erection quality? This isn’t just a scare tactic designed to motivate men to kick the habit, it’s been studied by scientists. A study published in the British Journal of Urology International in 2012 linked tobacco use to higher rates of erection problems. The study also showed that quitting smoking improved reported sexual health in long-term male smokers. Specifically, successful quitters, compared to those who relapsed, showed better “erectile tumescence responses,” as well as faster erections. Now that’s a good reason to put the cigarettes down for good.

You were probably aware that overindulging can have negative short-term effects on your ability to attain and keep an erection. Many men rely on a little alcohol to help them overcome shyness, but alcohol is actually a depressant. Overdoing it can not only lower your mood, it can decrease desire too. Alcoholism, which can cause countless catastrophic health problems, can also lead to long-term erectile dysfunction.

You probably don’t need as much “liquid courage” as you think you do.

Studies have reported that men who are addicted to alcohol have a 60 to 70% chance of experiencing sexual problems. In the short term, “pre-gaming” with alcohol decreases blood flow to your penis, dampens excitement, and makes orgasms less intense. Moderation is the key when it comes to consuming alcohol, and that’s defined as no more than two drinks per day for men.

It’s no fun admitting to your dental hygienist that you don’t floss regularly, and there’s no use in lying, because they can tell. Thing is, if you take care of your teeth and gums, you can actually reduce your risk of erectile dysfunction. A study from Luzhou Medical College in China found that periodontitis, which is inflammation or infection of the gums, is linked to erection problems. Previous studies had already found that periodontitis is more common in men with erectile dysfunction, and now it appears the correlation goes the other way too. Gum problems are often an indicator of poor overall health, so multiple lifestyle changes may be in order if your gums aren’t healthy. Developing a good habit takes a little over two months, so there’s no better day to start flossing and caring for your dental health than today.

Erection quality can reflect overall physical and psychological health. Doctors now know from a couple of decades of research into erectile dysfunction that in most cases, impaired blood flow to the penis is the cause of erectile dysfunction, and that’s what medications like Viagra, Levitra, and Cialis address. While we’re fortunate to live in a world where such medications are available, men can make positive lifestyle changes that improve erection health as well. In fact, some men are able to overcome erection problems through lifestyle changes alone. And men who still need pharmacological help find that the medications work better when accompanied by a healthier diet, more exercise, less smoking and drinking, and a commitment to overall health.

eDrugstore.com has over half a million satisfied customers and has provided name brand erectile dysfunction drugs for over 15 years. We offer competitive prices, fast shipping, discretion, and overall excellence in customer service. We invite you to explore some of our other resources on how erectile dysfunction develops and how it is treated.