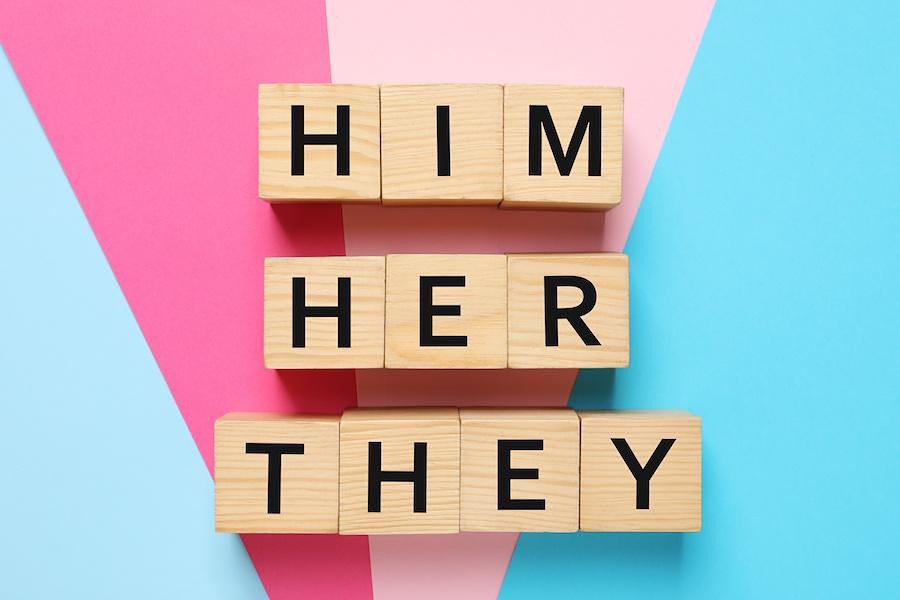 The ways we understand and describe gender are ever-changing. Seeing gender as a spectrum, rather than a binary system, helps us to better understand gender identity. Use this guide to familiarize yourself with terminology, dispel myths surrounding gender identity, and better support people who don’t conform to the gender binary.

The language used to describe gender continually evolves. Having a starting place for language is important for both understanding and affirming the experiences and identities of others.

Some of the most common terms for discussing gender identity are included within this brief glossary. Some people may use these terms to describe their experiences and identities, while others may use altogether different terms.

Sex is a label applied to a person’s biological status. This label is usually assigned at birth and often based on external anatomy. Sex is typically categorized as male or female, but some regions also use the term intersex as a third option.

When this label is applied at birth, it may also be referred to as assigned sex.

Intersex is a term used to describe people whose reproductive anatomy, chromosomes, or hormones don’t fit traditional male and female categories. Intersex is not a gender identity.

The World Health Organization defines gender as “the characteristics of women, men, girls and boys that are socially constructed. This includes norms, behaviors and roles associated with being a woman, man, girl or boy, as well as relationships with each other.”

Gender is a social construct that varies across societies and continually evolves. Many people categorize gender as male, female, or nonbinary. However, there are many other terms that people may use to describe their own identity.

Gender identity refers to your personal sense of having a gender that is masculine, feminine, neither, or both. Your gender identity may or may not align with the sex you were assigned at birth. The way you understand, experience, express, or define your gender can change over time.

Gender expression refers to how someone presents their gender publicly. This may include your behavior, the way you dress, the way you speak, or other characteristics. The way we express our gender is influenced by our culture, community, and social norms.

Gender roles refer to what society expects of people, based on assigned sex. The things that are considered masculine or feminine vary across cultures. This includes expectations about the way someone speaks, dresses, grooms, and behaves.

Gender dysphoria refers to persistent psychological distress a person experiences from the incongruence between their experienced or expressed gender and the sex they were assigned at birth.

Cisgender is an adjective describing a person whose gender identity aligns with the sex they were assigned at birth. Some people also use the term cis in place of cisgender.

Transgender is an adjective describing a person whose gender identity differs from the sex they were assigned at birth. Some people also use the term trans in place of transgender.

Agender describes a person who sees themself as not having a gender. Some people may also describe themselves as gender-neutral.

Nonbinary can be used to describe people who do not see their gender(s) as fitting into the categories of male or female. Essentially, this umbrella term can be used by anyone whose gender identity is not exclusively masculine or feminine. People may also use the term genderqueer in place of nonbinary.

Gender expansive is an adjective describing someone with a flexible gender identity outside the typical gender binary.

Gender transition describes the process some people take to more closely align their outward appearance with their gender identity. There are many different steps to transitioning, and this process varies from person to person. Transitioning may include changing your name, changing your pronouns, undergoing medical intervention, like surgery or hormone therapy, or any other activity that brings someone into better alignment with their gender identity.

Not every transgender person transitions. Some people and groups also oppose using this term to describe bringing one’s body into congruence with their gender.

Sexual orientation is the physical, romantic, or emotional attraction to other people. This includes heterosexual, gay, lesbian, bisexual, and other orientations.

Transphobia describes the fear of, dislike of, and prejudice against transgender people. 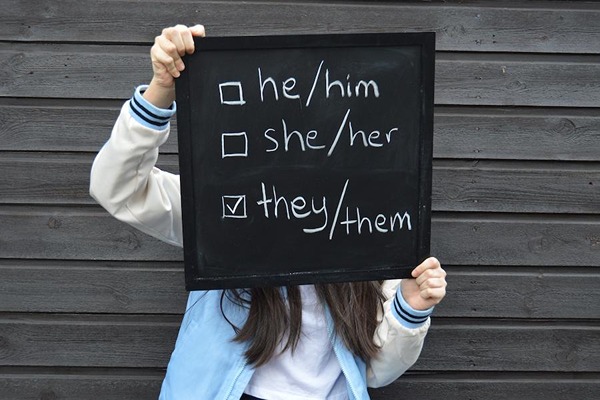 Knowing the basic terms to describe gender identity is only the first step in having a better understanding of the gender spectrum. The frequently asked questions below can help you take the next steps forward.

What’s the Difference Between Sex, Gender, and Gender Identity?

To recap the differences:

What’s the Difference Between Gender and Sexual Orientation?

What Does It Mean to Be Gender-Conforming or Gender-Nonconforming?

Someone may describe themselves as gender-conforming if their gender identity and behavior is consistent with the gender expectations of their society. This may include adhering to social gender norms for how you dress or behave. Someone may describe themselves as gender-nonconforming if they don’t adhere to social gender norms.

Not every person who doesn’t conform to gender norms is transgender or nonbinary. For example, a man can wear pink nail polish and still identify as a man.

How Many Gender Identities Are There?

There is no definitive answer on the number of gender identities that exist. However, researchers continue to study the experiences of people who fall outside the gender binary. Recognizing gender as a spectrum helps people to better understand their own gender identity as well as others’.

Many people feel male or female. However, some people feel neither male nor female, or even a combination of both. It’s up to each person to determine which term best aligns with their gender identity.

Some people oppose including the clinical diagnosis of gender dysphoria within the Diagnostic and Statistical Manual of Mental Disorders (DSM). However, others argue that having the diagnosis available can help transgender people access care.

How Many People Identify Outside the Gender Binary?

For many years, the instruments used to collect demographics within the United States did not include questions about gender identity. In more recent years, population studies have aimed to estimate the number of people who identify as transgender or nonbinary.

A peer-reviewed meta-analysis published in 2017 found that close to 1 million adults in the United States identified as transgender. The authors concluded that this was likely a conservative estimate. This study used the term transgender, which does not encompass all gender-noncomforming identities.

The Williams Institute used national data sets from the Center for Disease Control and Prevention (CDC) for their studies. The studies are not peer-reviewed, but they are the best estimates available for transgender and nonbinary people living in the United States.

How are People Discriminated Against for Their Gender Identity?

Many states do not have laws to protect people against discrimination based on gender identity and expression. Many transgender and nonbinary people are the target of prejudice, discrimination, and even hate crimes.

The most recent National Transgender Discrimination Report shows that 63 percent of transgender and gender-nonconforming people surveyed had experienced serious acts of discrimination. This included events that had a major impact on participants’ quality of life, financial status, and emotional health.

Examples of serious acts of discrimination include, but aren’t limited to:

How Do I Use Pronouns?

Every person has pronouns, whether they are conscious of it or not. Pronouns help us to identify ourselves and refer to others correctly in conversation. Using someone’s correct pronouns is one way to affirm their identity and let them know that you accept them.

If you’re unsure of someone’s pronouns, it’s okay to ask. You can also introduce yourself with your own pronouns first. This may feel awkward the first few times you try it, but it will get easier with time.

The most common pronoun options include:

Using the wrong pronouns to refer to someone is known as misgendering. If you accidentally misgender someone, acknowledge your mistake, apologize, and use the correct pronouns moving forward.

How To Be a Gender Identity Ally

eDrugstore is here to support you in having happier and healthier relationships. We offer free telemedicine consultations with U.S.-licensed physicians, as well as safe and effective medications for sexual health and erectile dysfunction. Learn more today!