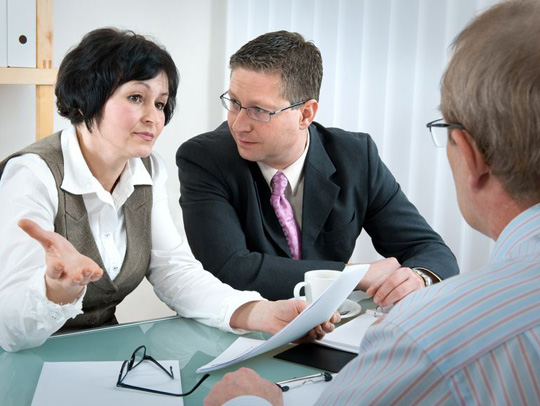 We’ve all heard the stories. A long-term marriage fails because someone had an affair. Sometimes a strong marriage can overcome the hurt that comes with infidelity. But in many cases, the damage is done and cannot be repaired. Once the trust is gone, the relationship ends in divorce.

General David Patraeus’s affair tarnished a seemingly great marriage. So far, their marriage has survived the infidelity. On the other hand, Arnold Schwarzenegger and Maria Shriver were not able to overcome an affair. When infidelity occurs, it’s hard to predict which couples will make it.

Affairs Can Lead to Failed Marriages

According to the Sex, Romance, and Relationships survey conducted by the AARP, affairs are relatively rare among couples age 45 and older. There’s no doubt that affairs can lead to failed marriages. However, they aren’t the most common cause because most couples don’t have to deal with infidelity at all.

So, why do so many long-term marriages fail? Couples can be happy together for a very long time. Why would a relationship suddenly fall apart right before the “golden years” start?

Usually the reason isn’t so dramatic. Many relationships decline over a long period. In most cases, a long-term marriage doesn’t suddenly fall apart. It slowly degrades until there is nothing left. Eventually, the relationship completely runs out of energy. That’s when the couple realizes that it’s over. The only thing left to do is file for divorce.

Sometimes long-term marriages fail when problems compound over time. Small problems are usually easy to manage. But bigger changes can cause a relationship to collapse. A variety of factors can upset a marriage. It could be job loss, a death in the family, or other major life events. The change can shift the balance in the marriage, causing it to become unstable.

Other times, couples simply grow apart. This is a major reason why many long-term marriages fail. Over time, the individuals in a relationship begin to lead completely separate lives. Perhaps one partner spends too much time working. The other partner might spend a large amount of time pursuing a particular hobby or interest. When couples have different priorities, it can cause conflict. If couples cannot reconcile their differences and come together, this situation can eventually lead to divorce.

Poor communication and lack of trust can cause a long-term marriage to fail. If you’re not open with your partner, relationship problems can get worse over time. Issues will continue to escalate until you start resenting your partner. When you feel resentment, it can cause you to treat your partner badly. Even in cases of infidelity, it not usually the affair that causes the relationship to collapse. It’s the lack trust. A long-term marriage cannot survive without trust and excellent communication.

Long-term marriages fail for a variety of reasons. All relationships go through periods of hardship. If you want to make your marriage work, you have to learn how to deal with issues in a healthy way. Couples who cannot deal with life’s challenges will begin to have relationship problems. Even if you love your partner, it’s difficult to fix a failing marriage after a certain point.

It seems like more and more long-term marriages are failing. Why is that happening?

It may be because we’re living longer. In the past, unhappy couples typically stayed together once they entered their 60s. Divorce isn’t worth it if you only have a few years left to live. Now many people are living to be more than 80 years old. People still want to find happiness in their golden years. They can’t bear the thought of enduring 20 or more years of fights and frustration.

The baby boomer generation has a different set of ideals than previous generations. In the past, unhappy couples usually stayed together no matter what. Divorce was not common. Boomers are always searching for happiness, even if it means getting a divorce. In fact, Boomers are primarily responsible for the high divorce rate. There might be another wave of divorces in the future as boomers decide to venture out into the world to find new partners during the last phase of life.

Long-term marriages can fail after 25, 35, 45, or even 55 years. It may seem shocking, but the trend is becoming more common. While we don’t celebrate divorce when it occurs, we understand that it can be necessary regardless of age.

Did your long-term marriage fail? What led to the divorce? What would you tell other struggling couples? Tell us about your experiences in the comment section.