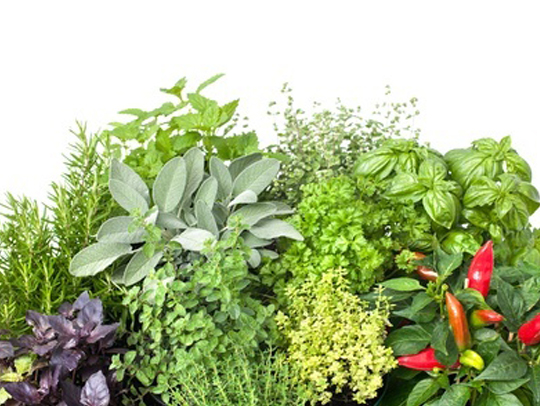 Top 7 Natural Herbs All Men Over 35 Should Be Taking

More Americans are integrating herbs as part of a healthy lifestyle. While we all know the exercise, eating right, and getting enough sleep are keys the keys to long-lasting health, herbal medicine can also play a role in gently treating common health complaints, without some of the side effects that come with prescription drugs. And there’s real science — not just hippie folklore — to back up these claims.

Ashwaganha
You probably haven’t heard of this herb, but it’s known for its balancing and restoring effects to the body’s many hormone and immune systems. Ashwaganha is an adaptogen, which means that rather than targeting a specific ailment or symptom, it helps balance the body’s systems. Many studies have shown its effectiveness in reducing anxiety and depression, boosting adrenal and thyroid function, and balancing blood sugar levels.

Rhodiola rosea
Like ashwahanha, rhodiola rose “golden root” is an adaptogen that balances the body. Studies have shown that the herb lowers levels of cortisol, the stress hormone, in the body. Herbalists also say golden root can boost brain function and energy levels.

Tribulus terrestris
Also known as puncture vine, the herb has been used centuries in Traditional Chinese Medicine to boost testosterone levels. Waning testosterone levels in aging men can be the root of a number of problems, from erectile dysfunction to weakened libido and the loss of muscle mass. Taking punter vine can help combat these issues.

Saw palmetto You may have heard of this one. For decades men have used saw palmetto to help with prostate health. The herb slows the production of 5-alpha reductase which converts testosterone to DHT (dihydrotestosterone). DHT enlarges the prostate, which cal lead to incontinence, hair loss, and lowered libido. Saw palmetto is a natural way to fight DHT’s effect on the body.

Echinacea
You’ve probably taken a supplement with echinacea when you’ve felt a cold coming on. The herb is well-known for boosting the immune system. But more recent science says echinacea may boost academic performance, as well. By regulating red blood cell production, the herb can help your body use oxygen more efficiently, leading to more athletic endurance.

Calendula
With it’s immune-boosting and ant-viral properties, calendula is used in cold and flu season. It also has anti-inflammatory properties and has been shown to protect your cells from free radicals.

St. John’s Wort
This ancient herb has been used since medieval times in Europe to help boost mood and cure depression. Besides depression, the herb is useful for sleep problems, anxiety disorders, and obsessive-compulsive disorder. Be careful if you take this herb and SSRIs (Zoloft, Prozac) as there can be too much interaction in the body’s serotonin systems.

Talk to your doctor if you start taking herbs and are on any prescription medications. Though herbs are natural, they can cause interactions when mixed with pharmaceuticals. And make sure you purchase herbs from a reputable store or seller, as herbs are no regulated by the FDA and each manufacturer has different practices. It’s best to discuss any medicine you take regularly with your health care provider.