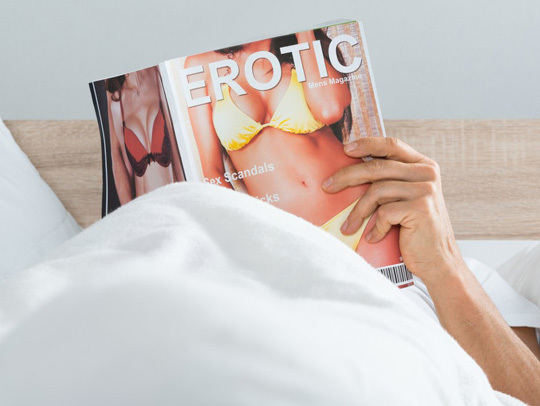 Top 10 Penis Tips for Better Sex Men 55 and Over

You know taking care of your health is important, but what about your penis? Most men think of their penis only when there’s a problem, but healthy habits that benefit your general health can also help you attain genital health. Here are the most common bad habits you may have acquired that are hurting your privates.

If medical science had a magic bullet, it would be exercise. For you penis, regular aerobic exercise helps prevent erectile dysfunction and preserve sexual function. In a study published in the Journal of Sexual Medicine, men who reported exercising strenuously or moderately had higher sexual function scores than men who reported a sedentary lifestyle.

Forget what you saw on Mad Men. Smoking can wreck havoc on sexual health, including the body’s ability to maintain an erection. Several studies have shown that after men are nicotine-free for a period of time, they report better erections and sexual performance. And fertility specialists know that nicotine and tobacco products can lower sperm count. Marijuana can be even worse for little swimmers: A 2014 study from the U.K. shows that less than four percent of cannibbis user’s sperm were the properly shaped and size to fertilize a woman’s egg.

Medicine often focuses on having too much the wrong type of sex: unprotected, risky, unsafe. But not having regular sex is also harmful for your sexual health. According to the American Journal of Medicine, men who have infrequent sex (less than once per week) are much more likely to suffer from erectile dysfunction than those with regular and active sex lives (approximately three times per week).

If you’re regularly getting five hours or less at night, you’re not doing your sex life or your fertility any good. Several studies have shown that skimping on sleep lowers libido and fertility. And in 2011, researchers from the University of Chicago reported that men who got less than seven hours of sleep at night had lower testosterone levels than peers who got their full compliment of rest.

You are what you eat

Everything you eat affects your sexual health. Certain foods, like watermelon, can help increase sexual performance, while too much junk food actually eats to poorer quality sperm. Interestingly coffee can be good for preventing erectile dysfunction, as the caffeine opens the arteries in the penis. But keep it to 1-3 cups per day.

Too much boob tube

If you find yourself watching more than 20 hours of television per week, or any equivalent screen time, you’re not doing your fertility any favors. Men who reported this level of inactivity had lower sperm counts than their more active peers.

Wear sunscreen, but wash it off

You know you should be wearing sunscreen everyday to ward off skin cancer, but not washing off the chemicals used to protect your skin can lead to infertility, according to the National Institutes of Health (NIH). UV filters 40H-BP and BP-2 could reduce male fertility rates by 30 percent. But don’t use this as an excuse to skip the ‘screen, just make sure you wash off your sunscreen daily.

Just as poor oral and gum health can be a predictor of heart disease, it can also product poor penile health. Gum disease is seven times more likely in men with erectile dysfunction than their healthy peers.