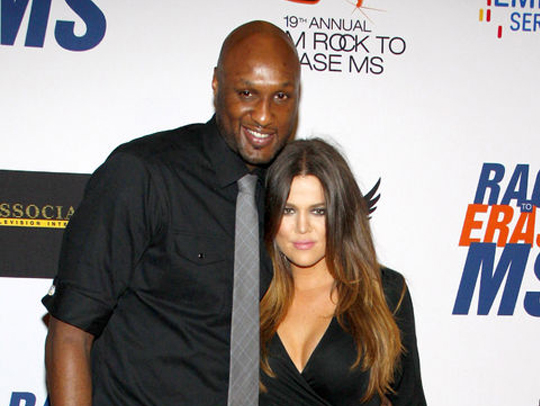 Several lawmakers are looking to crack down on sales of herbal viagra after former LA Laker’s star Lamar Odom overdosed on the supplement while at a Nevada brothel. Odom, who was estranged from wife and reality star Khloe Kardahsian at the time of the incident, mixed drugs, alcohol, and herbal supplements that contained the active ingredient in Viagra, which resulted in heart failure and a medical coma.

The FDA has been targeting online and over-the-counter sales of the supplements, including Reload (which Odom took) and Weekend Warrior, for the last serval years. Reload, the supplement used by Odom, is supposed to increase energy and helps the user stay awake. It’s available online, in bodegas and at strip clubs. Though it contains sildenafil, the same active ingredient in Viagra, the drug is not regulated by the FDA and has been found to contain harmful ingredients.

Odom, who purchased his supplements at the brothel the Love Ranch, is still recovering from his overdose, which took place last October. Reports suggest he took dozens of pills over the course of a weekend sex-binge. Two prostitutes at the Love Ranch found him unconscious and called an ambulance after he spent nearly three days and more than $70,000 at the legal Nevada brothel.

The FDA warns that many of these supplements, which claim to increase energy, erections, and sexual stamina can cause severe cardiovascular side effects. Some of the most dangerous side effects of herbal viagra is a dramatic lowering of the blood pressure. The supplements are toxic if taken in high doses, like in Odom’s case, and many contain paint, pesticides, poisons or heavy metals. If a user also takes nitrates or other heart medications, they are at an increased risk for dangerous side effects. Mixing the supplements, as Odom did, with cocaine or alcohol can also increase the chance of a dangerous interaction for the user.

Beginning in 2011, the FDA has tried banning herbal Viagra supplements, but online sales make it difficult to track manufacturers and sellers. Many of the supplements are made overseas, another hurdle the FDA faces when it comes to controlling the sale of these drugs. And,like a game of whack-a-mole, new drug websites and sellers pop up when one is shut down.

And even though the supplements claim to be herbal, most include pharmaceutical analogs to sildenafil that have not been approved by the FDA. So men who think they are taking a safe, non-pharmaceutical sex enhancer are often taking the very drugs they want to avoid. And unlike Viagra, the drug in the supplement may not be “pure” or work in the same way a prescription drug does.

If you think you may be suffering from ED, it’s best to avoid a “do it yourself” treatment plan that includes herbal Viagra. Talk to your doctor instead.