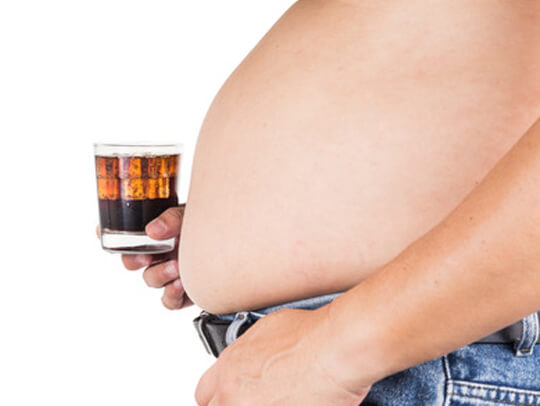 Drinking soda or sweetened beverage may be a habit that you partake, perhaps as a way of quenching your thirst. You may even take it as a way of maintaining a hydrated body. But, did you know that research shows that indeed taking two or more sodas or sweetened beverages per day increases the risk of heart failure, diabetes, stroke and fatty liver disease in men?

A sample of 42400 Swedish men aged between 45 to 79 years formed the basis of the research conducted from 1998 through to 2010. The study excluded coffee, tea or juice, concentrating specifically to the drinks with artificial sweeteners or sugar.

From this sample, 4113 cases of heart failure were documented, giving a 23 percent higher risk of developing heart failure for men who consumed two or more sodas or sweetened beverages.

The conclusion was drawn after considering other risk factors such as BMI (body mass index), health conditions, family history, smoking and other dietary factors, and adjusting the data accordingly.

The conclusions of this research coincide with another research conducted between 1980 and 2010 with a sample of 84628 women and the 1986 to 2010 research including 42908 men. With a follow-up at an interval of four years, the research noted that as the research began the participants were free of cardiovascular disease, cancer or diabetes.

But during the 24 to 30-year follow-up, it was found out that there was a 35 percent risk increment of heart attack or fatal heart disease, 26 percent increased the risk of developing diabetes (type 2) as well as a 16 percent growth in risk for stroke.

Though the research noted that further study was necessary for men in the United States, due to cultural and dietary differences, it is safe to conclude that consumption of two or more sodas or sweetened beverages exposes men to a high risk of heart failure among other chronic conditions. From the research findings, it is advisable to replace the beverages with water as a way of maintaining proper body hydration.