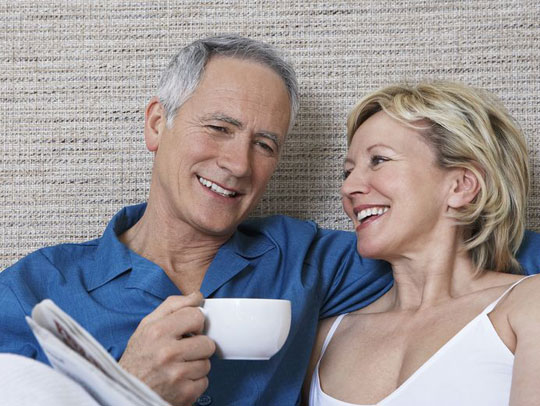 Coffee wakes up millions of people in the United States every morning. Now, a new study shows that it might also help keep men’s sex lives going strong. The study, which was conducted by researchers at the University of Texas, found that men who consume caffeine on a daily basis have a lower risk of erectile dysfunction than men who do not consume caffeine.

According the the results of the study, the one exception is men who have diabetes. Dr. David Lopez is an assistant professor at the University of Texas and the lead author of the study. He stated that the positive effect of caffeine was seen in men who were overweight, obese, and hypertensive. However, the researchers discovered that caffeine intake does not lower the risk of erectile dysfunction in men with diabetes.

The latest health findings about coffee and erectile dysfunction
This research does not necessarily prove cause-and-effect. However, experts believe that the findings are in line with recent erectile dysfunction research. Dr. Natan Bar-Chama is a director at Mount Sinai Hospital. He said that the results of the study support the most recent position held by the U.S. Dietary Guidelines Advisory Committee. The guidelines state that drinking up to five cups of coffee per day can reduce the risk of type-2 diabetes and heart disease. According to medical experts, these two conditions are major risk factors for erectile dysfunction.

The health benefits of coffee consumption
Participants in the study consumed caffeinated beverages such as soda, coffee, tea, and sports drinks. The researchers believe that caffeine reduces the risk of erectile dysfunction by relaxing blood vessels and muscles in the penis. This effect improves blood flow and makes it easier for a man to get an erection.

Additional experts agree with the results of the study. Dr. David Samadi is the Chair of Urology at Lenox Hill Hospital. He stated that more research is needed, but it appears that caffeine causes the smooth muscle tissue in the penis to relax. This improves blood flow to the genitals and leads to better erectile function. The study appeared online in the journal PLOS One. Background research shows that erectile dysfunction impacts over 18% of men aged 20 and older in the United States.