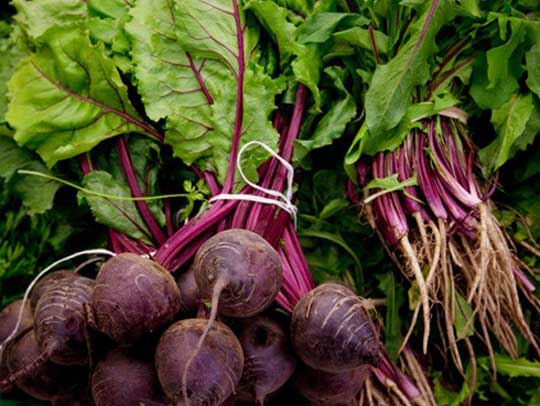 If you have erectile dysfunction, you might want to head to the produce aisle to pick up some beets. While this vegetable isn’t particularly popular, it offers a variety of health benefits. So, why are beets so special?

Beets are naturally high in nitrate. The nitrogen in beets is transformed into nitrite by bacteria on the tongue. When nitrite reaches the digestive system, it turns into nitric oxide. This chemical increases blood flow by widening blood vessels. Since prescription treatments for erectile dysfunction work by increasing nitric oxide, it’s plausible that beets could benefit men with erection problems.

There are no existing scientific studies about beet consumption and erectile dysfunction. However, researchers have observed the effects of beets on factors that can directly influence erections such as blood pressure, blood flow, and exercise performance. Perhaps beets can also help men with erectile dysfunction. Let’s look at the evidence.

Exercise performance and beets
A 2012 study examined fourteen male rowers. Some of the men supplemented their diet with half a liter of beet root juice per day for six days. The rest of the men drank a placebo beverage during the same period. After the supplementation, the rowers completed timed exercises. Seven days later, the men started drinking the beverage they had not consumed the first time. Then they performed the same exercises. The results showed that supplementation with beet root juice resulted in improved performance, particularly in the later stages of exercise.

Beet root juice also demonstrated positive effects in a study that involved patients with peripheral artery disease. After consuming beet juice, the patients could walk 18 percent longer before experiencing pain. They also had a 17 percent longer peak walking time when compared to patients who drank the placebo beverage.

Beets and other nitrate vegetables
A University of Missouri study found that radishes, beets, carrots, and lettuce contain the greatest amount of nitrates. The exact amount can vary because the nitrate levels in vegetables may depend on soil quality. Regardless, beets can be a healthy component of your diet and my help combat erectile dysfunction.