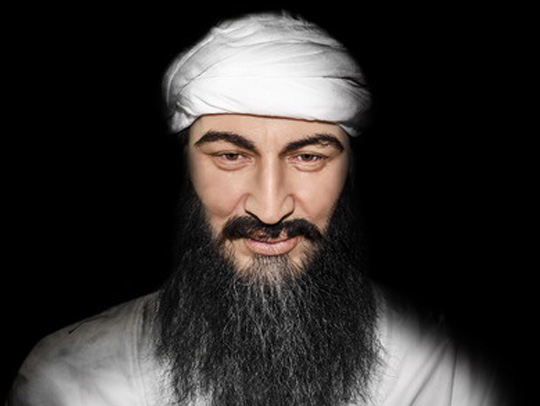 Most of us know that oats are a healthy way to start the day. Oats are heart healthy and easily digestible making them a staple in the wholesome American diet. But herbalists have long used oat straw extract for other reasons, including sex.

Avena Sativa, the herbal extract that claims to be a natural Viagra, is now available for purchase in the United States. Arena first made headlines when it was reported to have been found in Osama Bin Laden’s Pakistani compound in 2011. The terrorist reportedly used Avena syrup as an aphrodisiac.

Avena is made from wild oat extract, and it’s proponents claim it can restore male sexual function by increasing libido and blood flow to the genitals. Oats have been use to increase virility since Ancient Rome. In fact, the term, “sowing your wild oats,” is linked to the sexual properties the oat seed is supposed to enhance in men.

Also known as Oats Milky Seed and Oatsraw, Avena Stavia is sold as either capsules or a liquid supplement and health drink, and is meant to be consumed daily or several times per week. A bottle usually costs no more than $20.00 and can be found in health and organic food stores, online, and in some sex shops. The supplement is popular with both health-conscious men and those who wish to avoid using prescription drugs to help them with their sexual problems.

Besides increasing virility and desire, wild oat extract is also said to increase sperm mobility and motility. Advocates of herbal medicine say that Avena is a gentle supplement that can also be useful for depression, anxiety, or low energy. It can take two weeks of regular to notice the herb’s effects on erections or any other facet of your health.

Though the supplement hasn’t been widely studied in clinical science, some groups claim there’s scientific evidence for wild oat’s effectiveness for bedroom problems. The Institute for Advanced Study of Human Sexuality has conducted two studies which showed that Avena Stavia had a positive effect on genital sensation, orgasm, sex drive and erections.

Though supplementing with wild oat extract is considered fairly safe, it’s important for men to know that Avena is not regulated by the FDA. Some experts say high doses (more than 300 mg per day) can cause anxiety, restlessness and insomnia. And though natural, herbal drugs can cause serious health problems if taken incorrectly or mixed with prescription medications. Always tell your doctor what herbal supplements you’re taking.

If you’re having a problem with erectile dysfunction or libido, there can be other steps to take to resolve this issue. Managing psychological stress, exercising, and changing your diet and lifestyle (no cigarettes or too much booze) can help restore your erections. And prescription drugs, such as Viagra or Cialis, may be best for you.