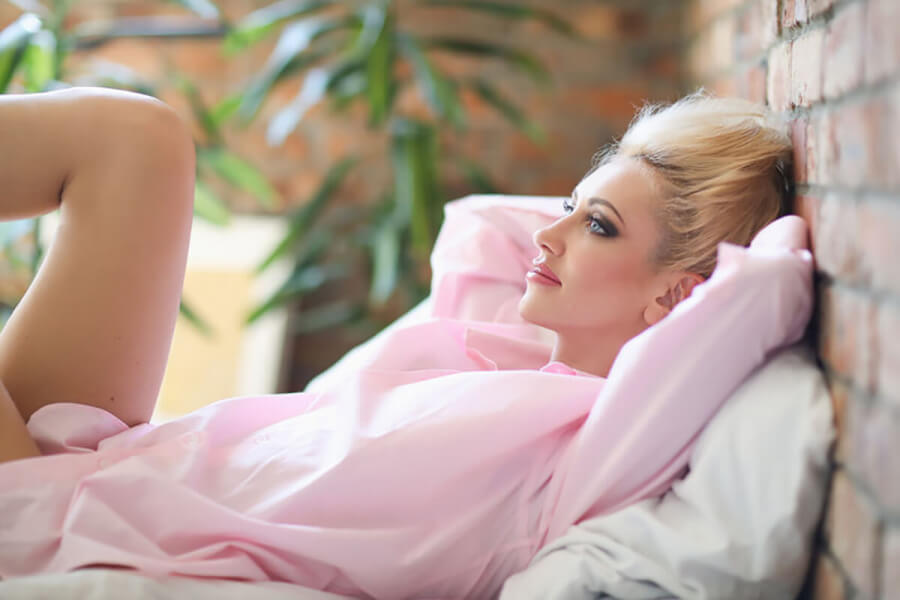 What Do Older Women Want in Bed?

Ultimately, older women want what all women want in bed: connection, intimacy, and excitement. Physiology may change with menopause, but that doesn’t mean that sexual closeness has to end.

Some older women find that sex after menopause is better than it ever was before.

Contrary to what you may have heard, menopause does not signal the beginning of the end of a woman’s sex life. It’s true that some adjustments may have to be made, but many women find that postmenopausal sex can be every bit as satisfying and enjoyable — though somewhat less frenzied — like the sex, they enjoyed when they were younger.

In fact, Irwin Goldstein, M.D., director of sexual medicine at San Diego’s Alvarado Hospital, cites a number of reasons why postmenopausal women can enjoy “the greatest sex life on earth.” Interviewed by Amanda Gardner for an article posted at Health.com, Dr. Goldstein points out that older women no longer need to limit their sexual liaisons to times when the kids are out of the house. He also notes that postmenopausal women are no longer bothered by menses. “You can have sex in any room in the house,” he adds.

Once menopause has come and gone, worries about pregnancy are also a thing of the past, freeing women to enjoy sex more completely. Even mothers of children who’ve not yet left the nest will find fewer interruptions now that their kids are older and have begun to spend more of their time outside the home.

Although many older women take advantage of these postmenopausal benefits to enjoy an even more fulfilling sex life in their later years, certain physical and emotional changes may subtly — and not so subtly — reshape their sexual preferences. To please an older female partner, men should learn about these changes so that they can ensure a more pleasant experience for both of them.

A survey conducted by the American Sexual Health Association in 2014 revealed that older men and women — ages 40 to 74 — had very different priorities on the subject of improving sexual intimacy. While men were preoccupied with their physical ability to function sexually, women were much more interested in finding better ways to achieve orgasm, according to ASHA. Other sexual priorities among older women include “emotional bonding with their partners and just a general enjoyment of sex.”

Menopause brings with it a sharp drop in the body’s production of estrogen, the primary female sex hormone. Among its many functions, estrogen regulates vaginal lubrication and blood flow and maintains the elasticity of the tissue lining the vagina. One of the primary effects of the decline in estrogen levels is vaginal dryness, which can make sexual intercourse less comfortable or even painful. Postmenopausal women also tend to take longer to become sexually aroused.

According to the society, sexual lubricants made especially for women and water-based lubricants are widely available. Available in both gel and suppository form, these lubricants should be applied liberally to the vagina just prior to sex. As an alternative or adjunctive treatment, women may opt to try transvaginal hormonal therapy. Estrogen introduced into the vagina usually enhances vaginal blood flow, thus improving lubrication and sensation in the vaginal area. 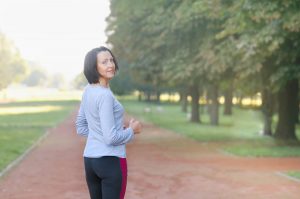 Sexual priorities among older women include emotional bonding with their partners and just a general enjoyment of sex.

Transvaginal estrogen therapy is available in three primary forms, according to the society. A vaginal ring made of silicon rubber is introduced high into the vagina and left in place for three months. It releases the amount of estrogen needed to maintain optimal vaginal health and function. The therapy is also available in tablet form and involves the insertion of an estrogen-enriched tablet into the vagina twice weekly. Finally, the same results can be produced with the use of a conjugated estrogen cream that is applied to the walls of the vagina with a small applicator twice weekly.

For some women, particularly those who for most of their lives have regarded sex as more of a duty than a pleasure, menopause and its effects on sexual function may become a convenient excuse for slowly withdrawing from an active sex life. In an article posted at YourLifeChoices, an Australian website, sex therapist/psychologist Bettina Arndt points out that many older women don’t go off sex so much as “they go off their husbands.” 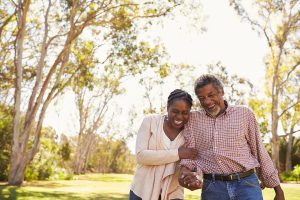 Reproductive years may end, but intimacy doesn’t have to.

Arndt points to ground-breaking research by Melbourne-based psychiatrist Lorraine Dennerstein who found that while some postmenopausal women experience a decline in sex drive, those with a new man in their lives had libidos firing on all cylinders. Arndt points out that there is “such a difference between mating in captivity — same old, same old — and mating in the wild, with a brand new man. A strange body, all those new pheromones buzzing around, plus there’s a different brain chemistry when you are first in love which can give a boost to even a well-worn libido.”

Other postmenopausal women seem never to lose their desire for sex, says Arndt or they will find their interest in sex somehow revived once the kids are out of the house or otherwise occupied. Such women — Arndt calls them “juicy tomatoes” — enjoy sex drives that are equal to those of the most sexual of men.

With the onset of menopause, estrogen production declines sharply, as does a woman’s supply of testosterone, the primary male sex hormone but a driving factor behind sexual desire in both men and women. For some women, this hormonal change may account for a loss of interest in and desire for sex. At present, there is no FDA-approved treatment for hypoactive sexual desire disorder in postmenopausal women.

Addyi, approved by the regulatory agency in August 2015, is designed for use exclusively by premenopausal women suffering from HSDD. And, judging by the drug’s sales and limited feedback from those who’ve used it, that medication is providing marginal relief at best.

If you’d like to read more about sexual health and function as well as other topics of interest to health consumers, check out our blog.